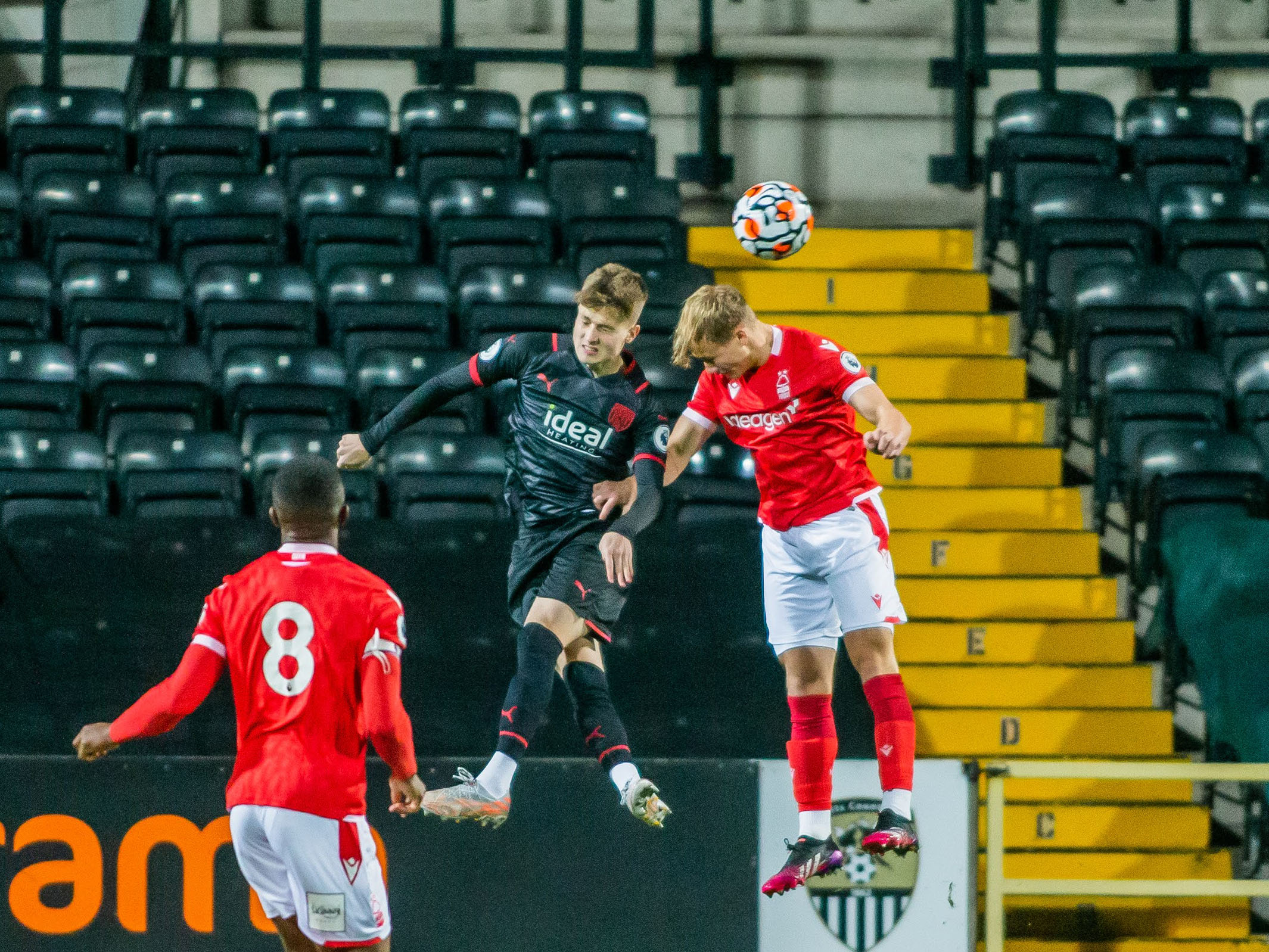 Strikes from Kenneth Zohore and Jamie Andrews helped Albion’s PL2 side overcome a two-goal deficit to secure a point against Nottingham Forest at Meadow Lane on Monday night.

First-half goals gave Forest a comfortable lead at the break, but a hard-working display ensured Richard Beale’s side returned to the Black Country with a share of the spoils.

Albion implemented their high press from the off and created the game’s first chances as Owen Windsor curled a good chance wide, before Zohore saw an even better opportunity superbly saved by Forest keeper Jordan Smith.

And Beale’s men would be made to pay for their missed chances when the hosts seized momentum with two quick-fire goals before the break. Forest twice got in-behind Albion’s backline down the right wing, and passes across goal were clinically converted by Ollie Hammond and Will Swan to create a sizeable gap between the sides at the break.

But the Baggies produced a determined reaction at the start of the second half, and were back in the contest when a strong run from Kevin Joshua create space for him to drill a piercing ball into the path of Zohore, who remained calm to dart forward and finish with ease.

At 2-1, Albion were motivated for more and they got a great opportunity to level the scores when a mazy run from Reyes Cleary drew a foul and earned a penalty for the visitors. But Smith continued his heroics in the Forest goal, guessing right to palm Zohore’s spot-kick to safety.

However, he wasn’t so lucky with the second penalty Beale’s men were awarded. Forest defender Baba Fernandes was deemed to have handled inside his own box, and this time Andrews made no mistake in sending Smith the wrong way to make it 2-2.

Lively substitute Jamie Soule almost flashed a left-footed effort into the bottom corner and after a confident run into the area, he squared the ball on a plate to Cleary who had the goal at his mercy. Somehow, though, home keeper Smith recovered to palm the resulting shot to safety.

Forest piled pressure on the Albion goal as the game entered the closing stages, but the visitors held out to leave the East Midlands with a deserved point after their resilient second-half showing.