Fans have until Friday to renew their seat 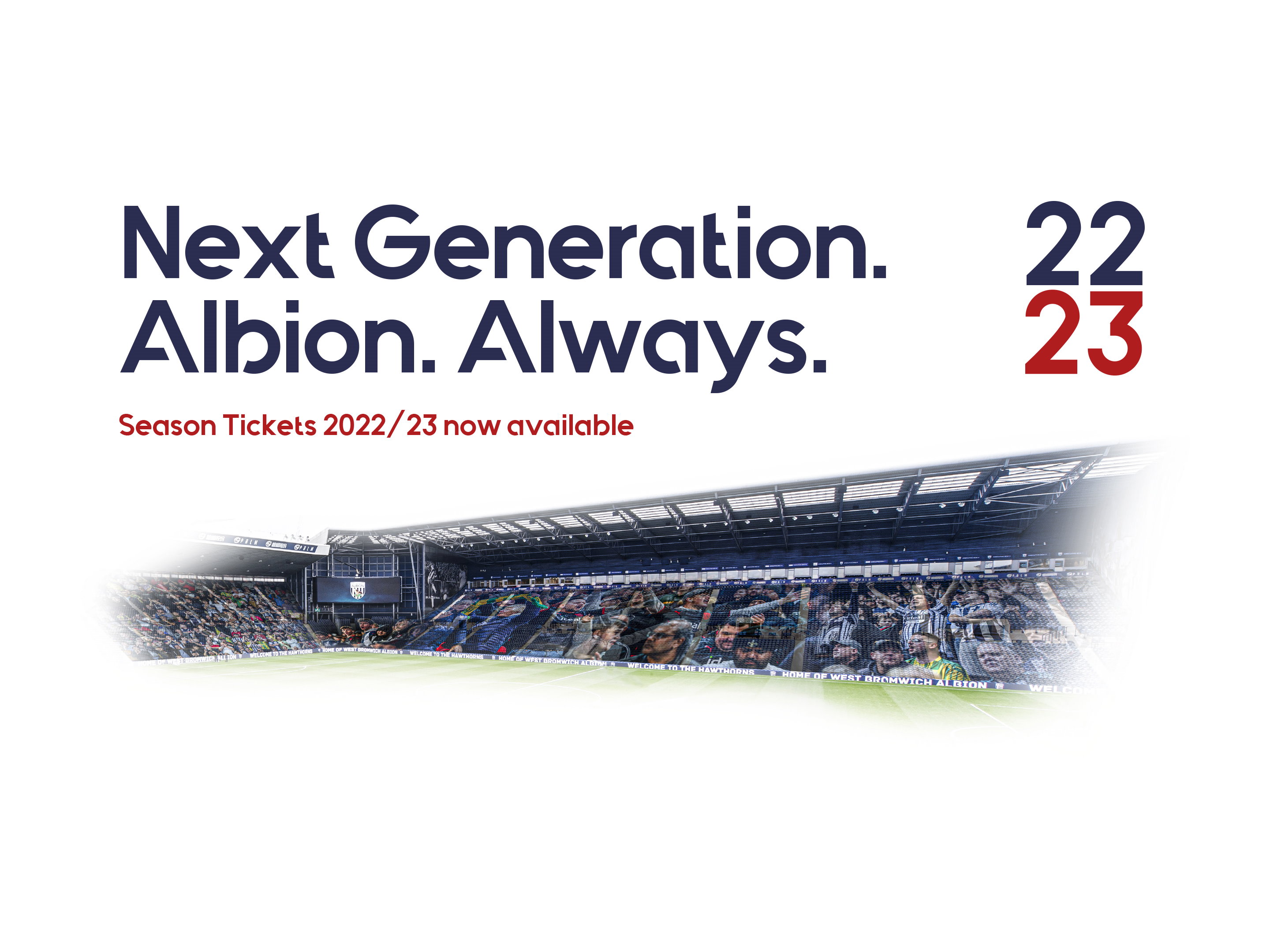 2021/22 season ticket holders are reminded they have until 5pm on Friday, July 1 to renew their existing seat at The Hawthorns.

Albion launched their Next Generation season ticket campaign in May, which included exciting plans such as ‘Kids for a Quid’ and a re-structured concessionary pricing structure for those aged between 17 and 25.

The club also froze adult prices once again, as well as confirming the return of the Fanzone ahead of the start of the new term.

The renewal window for current season ticket holders closes at 5pm on Friday, July 1, after which any unrenewed seats will be released to general sale.

Supporters wishing to renew their existing seat are advised to do so online at tickets.wba.co.uk, where prices are £10 cheaper than buying directly from the Ticket Office. You’ll need a My Albion account to renew, click here for more information.

If you would like to renew and move your seat, you can either purchase the new seat now if it is available, or renew your existing season ticket and then move to an available seat during the Seat Move window - which will open on Saturday, July 2. If the seat you move to is a different price you will be refunded or charged the difference as applicable.

The Ticket Office can be visited or called on 0121 227 2227 during the following opening hours:

Saturdays 9am to 12 noon