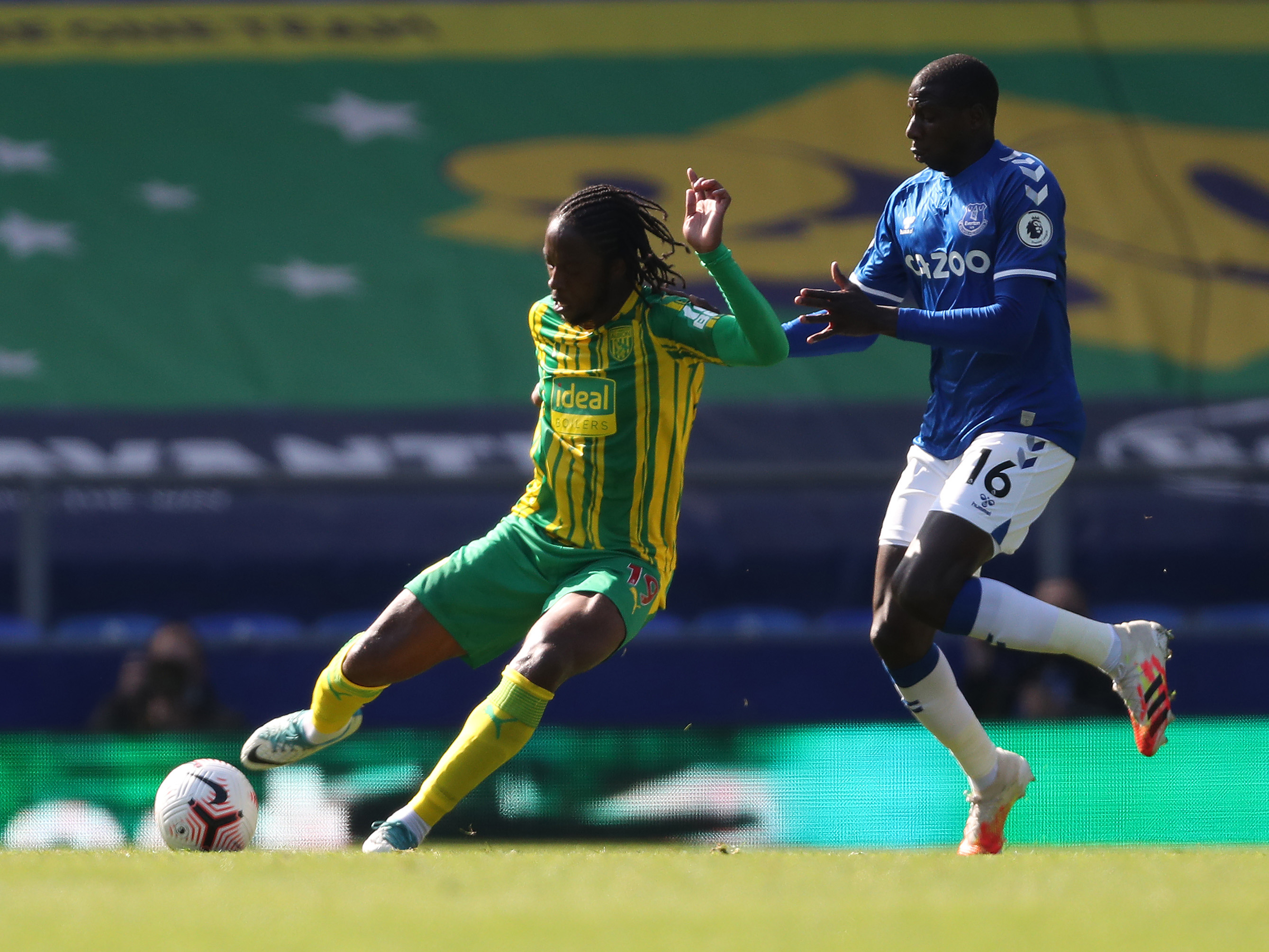 Albion fell to a 5-2 defeat against Everton after an action-packed clash on Merseyside in Saturday’s early kick-off.

A thunderous affair between the two sides saw Slaven Bilić’s men take the lead through a brilliant Grady Diangana effort after 10 minutes, but a VAR-awarded goal by Dominic Calvert-Lewin and a James Rodriguez strike put the Toffees ahead on the stroke of half-time.

Moments later Kieran Gibbs was sent off for an off-the-ball altercation with Rodriguez, with Bilić also watching the second-half from the stands after Mike Dean handed out a red card to the Baggies boss.

Straight after the break Matheus Pereira curled a stunning free-kick into the top corner to level the scores, but Michael Keane prodded the hosts back ahead, before Calvert-Lewin completed his hat-trick, netting twice within five minutes just after the hour mark.

Bilić picked the same starting XI which played the Baggies’ Premier League season opener against Leicester, while in the opposing dugout Carlo Ancelotti also named an unchanged team from the Toffees’ 1-0 win against Spurs.

The Baggies had the first chance of the afternoon after a lively start at Goodison Park. Callum Robinson latched onto a poor Jordan Pickford pass and teed up Diangana, who drilled a low effort goalwards but Pickford managed to get himself behind it.

Moments later, Calvert-Lewin headed a good opportunity wide at the backpost from a corner, then down the other end Livermore lashed an effort from the edge of the box well over the bar.

But the Baggies did gain the lead in the opening 10 minutes.

Pereira pickpocketed the hosts deep in the Baggies’ half and found Diangana. The 22-year-old raced at the Everton defence, carrying the ball to the edge of their box before sweeping an effort across Pickford and into the corner of the net.

Ancelotti’s men looked for a way back into the game. Richarlison and Calvert-Lewin both went close before Allan hit an effort from distance which Johnstone got his body behind.

But then the Baggies twice could have doubled their advantage. Robinson stung the palms of Pickford with an effort from range, but the England shot-stopper managed to beat it away to safety.

Then, Bilić’s men were denied by the woodwork. Furlong swept a cross into the area and Jake Livermore controlled in the box before poking an effort at goal, which crashed against the post and ran wide.

Just after the half-hour mark, Everton were awarded a goal by VAR. Seamus Coleman burst down the wing and lifted a cross, which hit Furlong and bounced into the path of Calvert-Lewin, who tucked home from close range. The offside flag went up, but the goal was later given by VAR.

Just before the break, Richarlison found Rodriguez on the edge of the box, and the Colombian took a touch before picking the corner to put Everton ahead.

Things got worse moments later. On the stroke of half-time, Kieran Gibbs was given his marching orders after an off-the-ball altercation with Rodriguez. At half-time Bilić also received a red card from Mike Dean.

Immediately after the break, Pereira won a free-kick and hit a spectacular curling strike into the top corner to put 10-men Albion back on level terms.

On 53, Michael Keane poked the hosts ahead again turning in a rebound from close range following a free-kick.

Just after the hour mark, Rodriguez lofted a ball over the Albion backline which Richarlison squared, allowing Calvert-Lewin to prod home his second of the afternoon and open up a two-goal lead against Albion’s 10 men.

Lucas Digne crashed a free-kick off the bar before Calvert-Lewin bagged his hat-trick on 66, heading home from a corner. Richarlison had the ball in the back of the net ten minutes later, but he was offside.