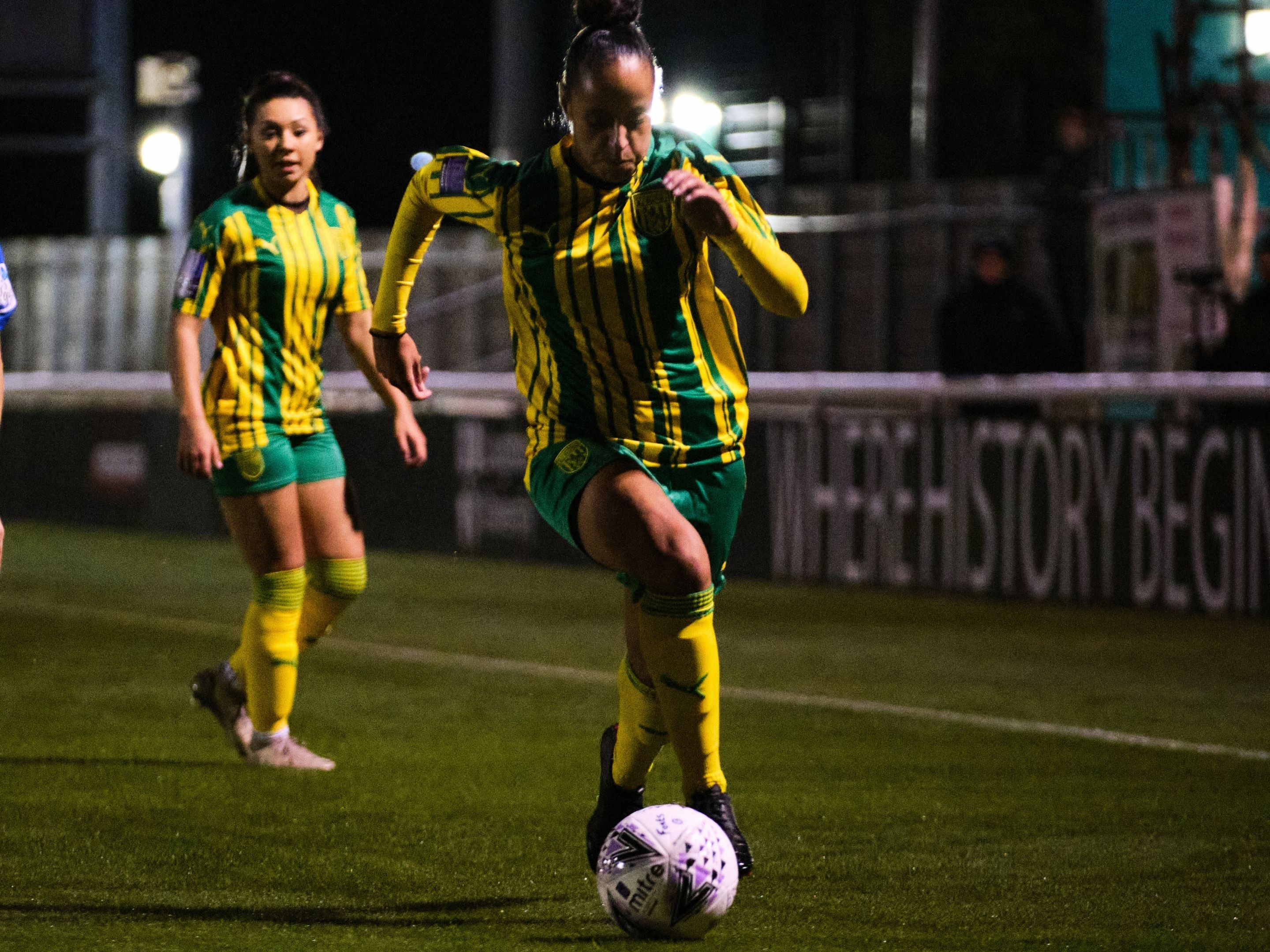 Albion Women slipped to their first defeat of the season with a 4-2 loss away at Derby County Women.

Leigh Dugmore scored her fourth in four games and Nicole Nymoen gave the Baggies a hope of a comeback in the second but a poor first half from Albion left Louis Sowe's side chasing the game throughout.

Albion were on the back foot from the start as the hosts applied early pressure, forcing the returning Scarlett Field in the Albion goal to make numerous saves within the first ten minutes of the match.

As Albion failed to get on top in the game, Derby made the visitors pay on 27 minutes when Jodie Michalska smashed past Field from close range after a low ball from the right.

The hosts still dominated as the half wore on, Field again making a number of crucial saves as well as the home side striking the crossbar from a headed effort from Jade Formaston.

Derby gained a two-goal advantage on the stroke of half time. Keeley Davies was unable to deal with a long free-kick into the Albion area and inadvertently converted into her own net.

The same storyline continued into the second half when Hannah Keryakoplis latched onto a ball through Albion's defence and slotted under Field to score Derby's third.

Dugmore managed to score her fourth goal in four games on 57 minutes to spark life into an Albion comeback. Her left-footed shot from the edge of the area looped over Charlotte Clarke in the host's goal.

Nymoen then put a comeback on the cards just five minutes later, she gained possession in the middle of the Derby half before scoring a wicked effort from 25 yards past a helpless Clarke in goal.

But hopes of the comeback were extinguished in the 69th minute when Katie Anderson rounded Field before scoring Derby's fourth and the hammer blow which ended Albion's hope of taking something away from the game.

Albion pressed to get back into the game for the final 20 minutes but struggled to break down a resolute Derby defence.

Louis Sowe's side will next face Stoke City at home at Coles Lane on Sunday, October 11 in a 2pm kick off.