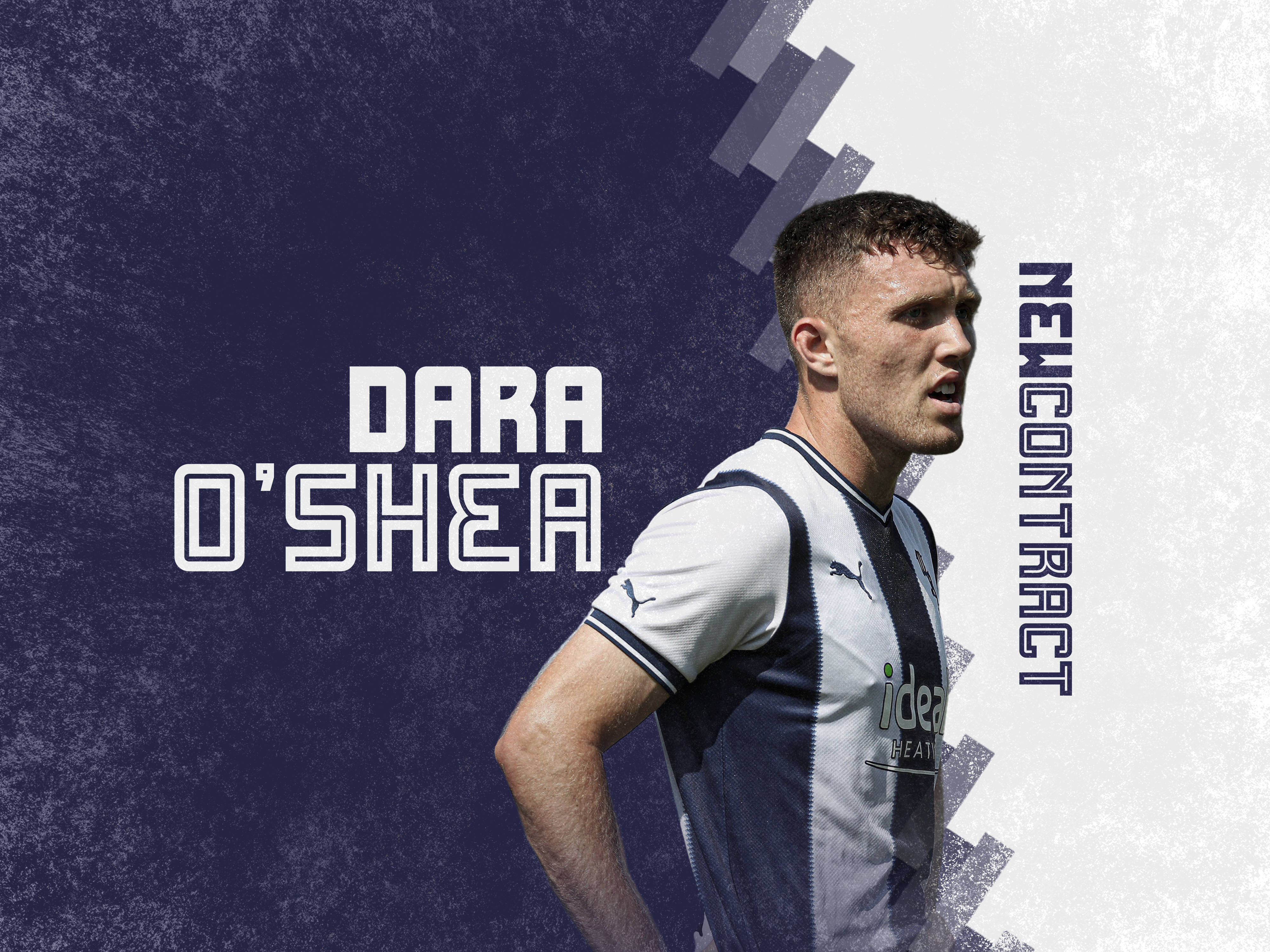 Dara O’Shea has today signed a contract extension which will see him remain at The Hawthorns until the summer of 2025.

The 23-year-old Republic of Ireland international has recorded 66 appearances and five goals for the Baggies since making his first-team debut in August 2019.

A product of Albion’s Academy system, O’Shea switched Dublin for the Black Country in 2016, and has earned 12 caps for his country.

Dara said: “Albion has been my home for six years and I’m delighted that will be the case for at least another three.

“The club has supported me throughout my development, and I will do everything I can this season to repay their trust and belief.

“I’m excited about the new season and I cannot wait for us to get started. I know I’m not the only one. The lads have all worked tirelessly throughout pre-season and now we’re counting down the days for the new season to get underway.”

Albion boss Steve Bruce added: “Dara is a model professional and an excellent centre-half who I expect to play a big part in the coming campaign.

“He returned to fitness at the end of last season and has continued to grow stronger over the summer. I’m delighted we have been able to sign Dara up for another three years.

“Dara cares about Albion and is hungry for success here. I’m hopeful together we will be able to achieve that.”