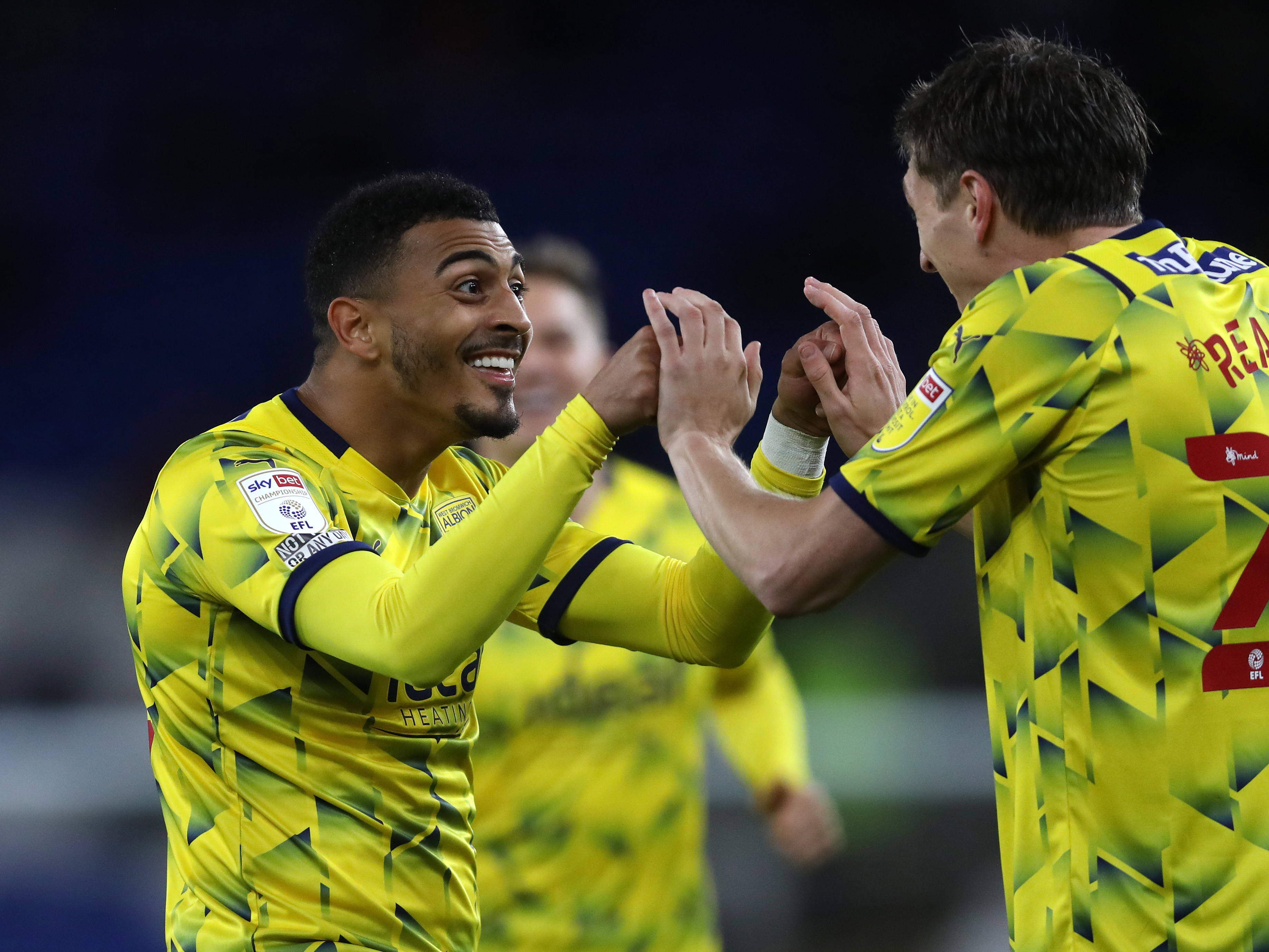 Albion returned to the top of the Sky Bet Championship table with a convincing 4-0 victory at Cardiff City on Tuesday night.

The Baggies’ sixth win of the season extended their unbeaten start to 10 games with Karlan Grant’s fourth goal of the campaign, in addition to a Curtis Nelson own goal, a sensational Alex Mowatt strike and a late one from Matt Phillips, taking Valérien Ismaël’s men to 22 points.

The gaffer made two changes to the side that overcame Queens Park Rangers on Friday with Callum Robinson and Jordan Hugill replacing Matt Phillips and Grady Diangana in the front three.

And it was Albion who made an early impact at the Cardiff City Stadium with Grant backing up his brace against the Rs on Friday with a sixth-minute opener.

The former Huddersfield man was afforded the time and space to cut onto his right foot 20 yards from goal and duly fired a fierce low drive into the bottom right corner.

Callum Robinson almost sent one into the very same corner midway through the first half but his curling right-foot effort was met by a superb one-handed Dillon Phillips save.

The Baggies suffered their first scare of the evening on 35 when Leandro Bacuna nodded towards goal from Will Vaulks’ cross but Darnell Furlong headed clear from under the bar.

Ismaël’s men broke through once more eight minutes from the interval with Robinson stinging the gloves of Phillips after driving runs from Semi Ajayi and Jake Livermore.

Albion doubled their advantage 10 minutes into the second half when Robinson forced an error from City defender Curtis Nelson who hooked into his own net after a melee in the box.

Jordan Hugill came close to a third on 68 when his cushioned strike flashed wide of the right upright from Adam Reach’s low, left-wing cross.

And the 1,100 travelling Albion fans had to wait until 15 from time for the moment of the match – with Mowatt smashing home another goal-of-the-season in front of the away supporters.

Aden Flint cleared from Darnell Furlong’s right-wing cross but the former Barnsley man did not have to break his stride to fire a sublime half-volley inside the right post from 25 yards.

Pick that one out.

And still the Baggies were not done with Phillips smashing home at the back post from a fine counter-attack led by Diangana, who provided a perfectly-placed cross from the left.

Albion almost had a fifth four minutes from time. Tireless Jordan Hugill continued to press and forced Phillips off his line to clear a poor backpass which could so nearly have ricocheted in.

But it didn't take the shine off a professional and entertaining away performance, as the Baggies sealed consecutive league victories.