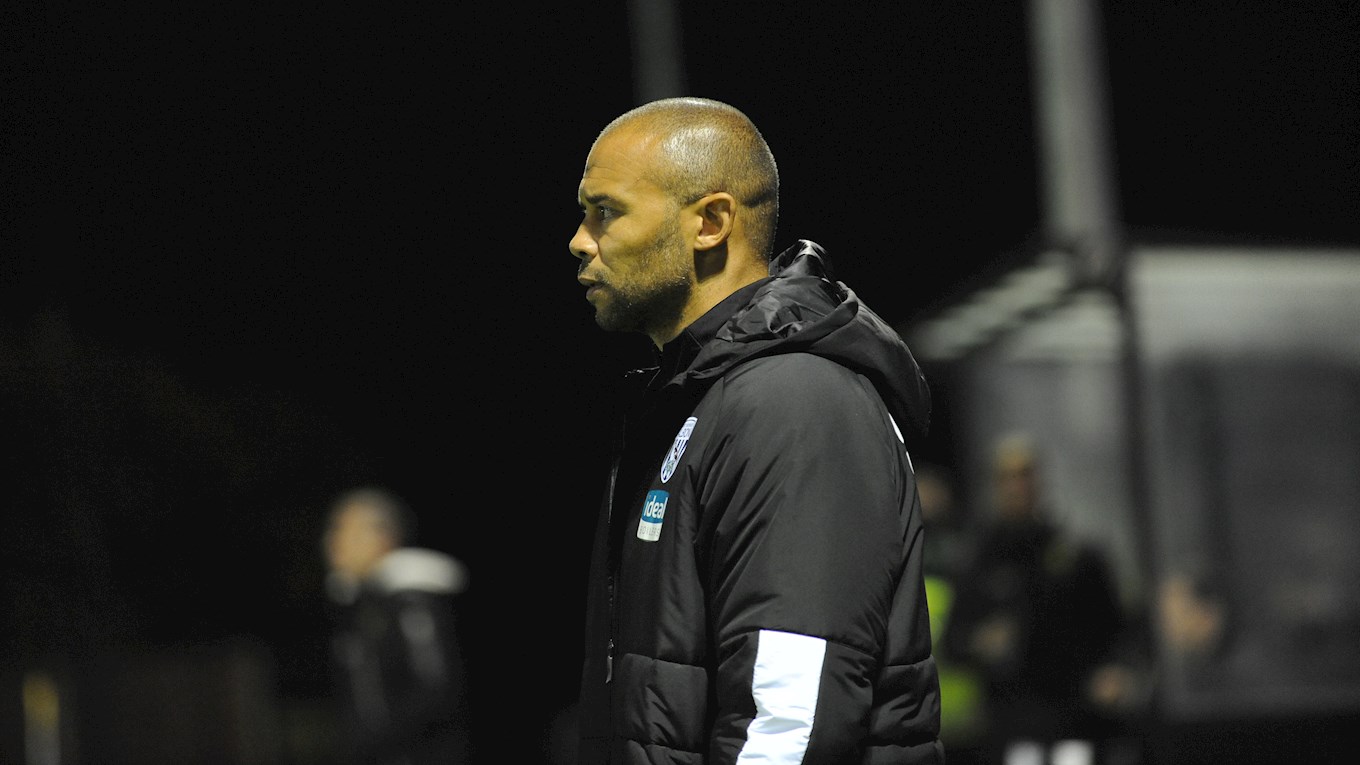 Deon Burton has praised the way his PL2 side have adapted to a number of changes in recent weeks.

Albion host Newcastle United on Friday afternoon in what will be their fifth league game of the campaign (ko 2pm).

The young Baggies’ last outing came in the EFL Trophy, where they fell to a 3-0 defeat against Sky Bet League Two side Forest Green Rovers.

PL2 regulars Jamie Soule and Owen Windsor secured loan moves around the time of the game which forced Burton to reshuffle his pack for their encounter with Rovers more than a fortnight ago.

However, Deon pointed out the benefits of going up against Football League opposition and while praising the opportunities that Soule and Windsor had been given elsewhere, he believes the next match against the Magpies is another chance for more of Albion’s exciting youngsters to make an impression.

“It was a great experience for the young squad,” said Burton.

“We learned a lot from it even though it was a disappointing result on the day.

“Jamie and Owen’s moves made the selection a bit tricky but it’s now a great opportunity for someone else to shine, try and step into their boots and show what they can do.

“The boys are thriving out on loan. We’ve been in touch with all of them and they seem to be loving it and doing really well.

“It’s been hard at times but the players have taken it in their stride and adapted well to either the obstacles that have been put in place or any situation where we’ve had to change last minute on many occasions, they’ve dealt with it and credit to them.

“They’re just happy to still have the opportunity to be back training whether that be at the Academy building or the training ground, they’ve knuckled down and got on with it which is good to see.

“Newcastle have been a mixed bag but they've had a mixed team whereas we’ve been very select with the lads we've had at our disposal. Their last game had four first-team players in and that was on Monday, so it may be a bit different for us but it’ll be another great challenge."