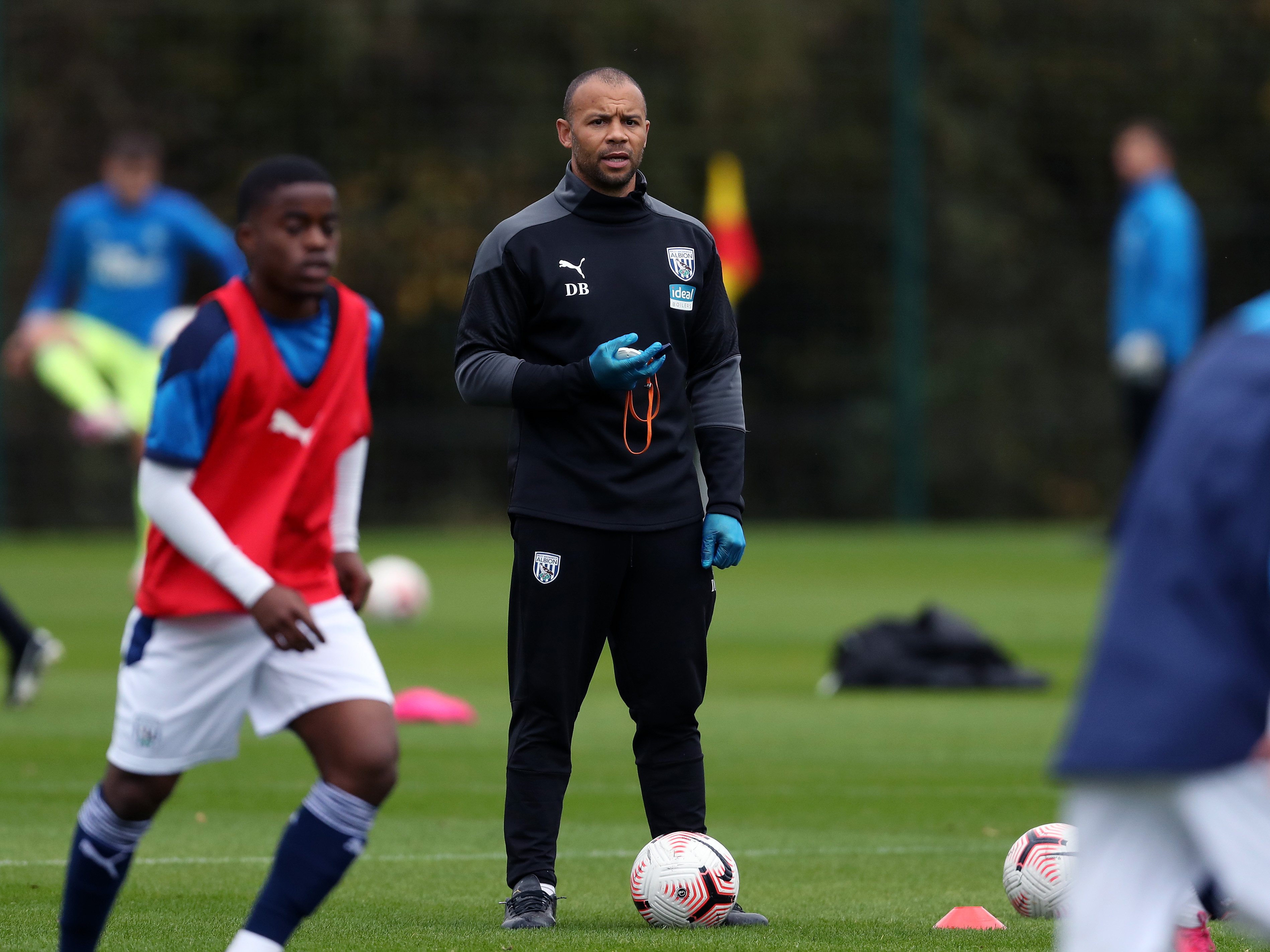 Deon Burton is hoping Albion’s PL2 side can continue their creativity in the final third when they host Sunderland in Premier League 2 Division 2 on Monday afternoon (ko 1pm).

Albion’s youngsters were edged out 2-1 by an experienced Leeds side in their last match after Cheikh Diaby had given them an early lead.

Although the Baggies couldn’t hold onto their advantage, U23s manager Burton was pleased with his side’s showing and has urged them to “keep their heads up” following an encouraging performance.

“The Leeds game was a really positive performance and they got a lot out of it,” said Deon.

“Obviously the result didn’t go our way, but the work rate and pace of our play was really good.

“It was a standout performance from Cheikh (Diaby) over 60 minutes. He’s getting back fit now, he played really well up top and got his goal.

“It was an invaluable experience to play against experienced players in those conditions and not only that, but play very well too.

“The lads were disappointed not to come away from it with anything and that shows how far they’ve come. I told them after the game to get their heads up because they’d learned a lot from it.

“We’ve been working on our chance creation and that’s been a focus we’ve had when we get in the final third and, hopefully, we can continue that against Sunderland.

“We take every game individually, do our analysis and then push the boys to implement some of their learning objectives in the games. If they can all do that, then they’re ticking boxes and progressing which is what we want.

“Everyone should be fine to be involved on Monday and Finley Thorndike will hopefully come back into the mix too.”