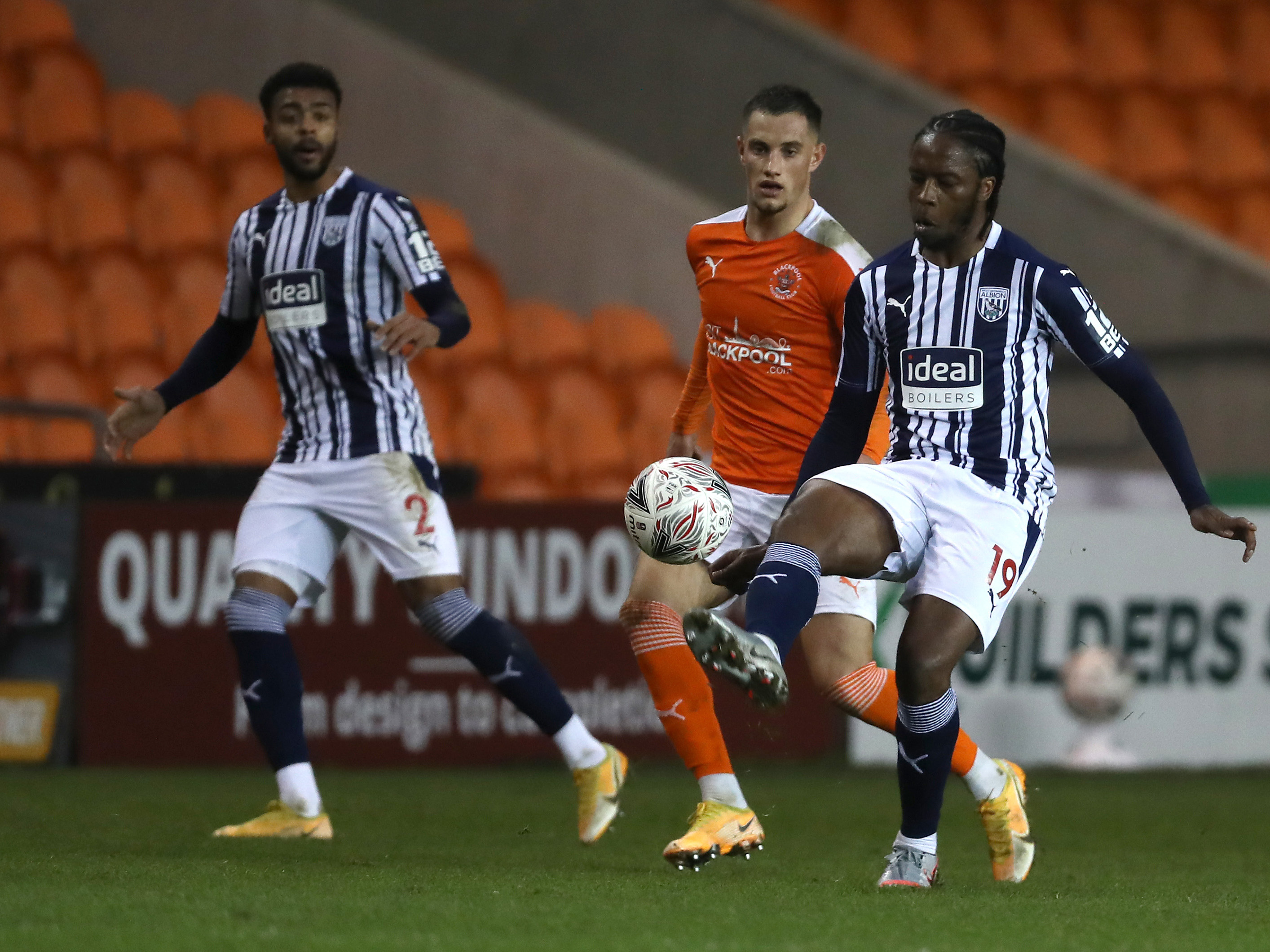 Albion went out of the Emirates FA Cup after losing 3-2 on penalties to Sky Bet League One side Blackpool at Bloomfield Road.

The hosts took the lead just before the interval thanks to Jerry Yates' low finish, but the Baggies equalised shortly into the second half thanks to Semi Ajayi's header.

Gary Madine restored the home side's lead as the Seasiders looked to see off the contest in normal time, but Matheus Pereira converted a penalty with 10 minutes remaining to ensure the game went to extra-time.

Neither side could be separated over the additional 30 minutes as the game went to penalties, and Chris Maxwell's save from Pereira's spot-kick meant Blackpool progressed to the fourth round of the competition.

Only Ajayi, Pereira, Conor Gallagher and Lee Peltier kept their places in the XI as Sam Allardyce made seven changes from last weekend’s Premier League game against Arsenal.

It was the hosts who created the first couple of openings, with strikers Madine and Yates both firing off-target from range.

Albion then grew into the tie and had a few chances themselves - Gallagher dragging narrowly wide, Pereira seeing a free-kick saved and Filip Krovinovic fizzing narrowly over.

Yet, four minutes before half-time and against the run of play, Blackpool edged in front as Yates took advantage of a loose ball inside the area to fire his side a goal up.

And though they were ahead at the break, their lead was wiped out just seven minutes in to the second period - Ajayi guiding a well placed header home following a clever corner routine.

As we reached the hour mark the game was there for the taking as both sides exchanged blows, with Kamil Grosicki shooting straight at Chris Maxwell before, down the other end, Yates missed from close-range.

The Tangerines were the team to score next as a quick counter attack was finished cooly by Madine on 66 minutes.

But again Albion responded, this time from 12-yards when Pereira placed his penalty confidently into the corner to make it 2-2 and send the game in to extra-time.

Substitute Kyle Edwards came closest to winning it, his powerful shot forcing a superb one-handed save from Maxwell, however the teams still couldn’t be separated after the additional 30 minutes and the clash went to penalties.

And it was Blackpool that prevailed to the fourth round, netting three of their spot-kicks to Albion’s two and earning a place in Monday night’s draw.