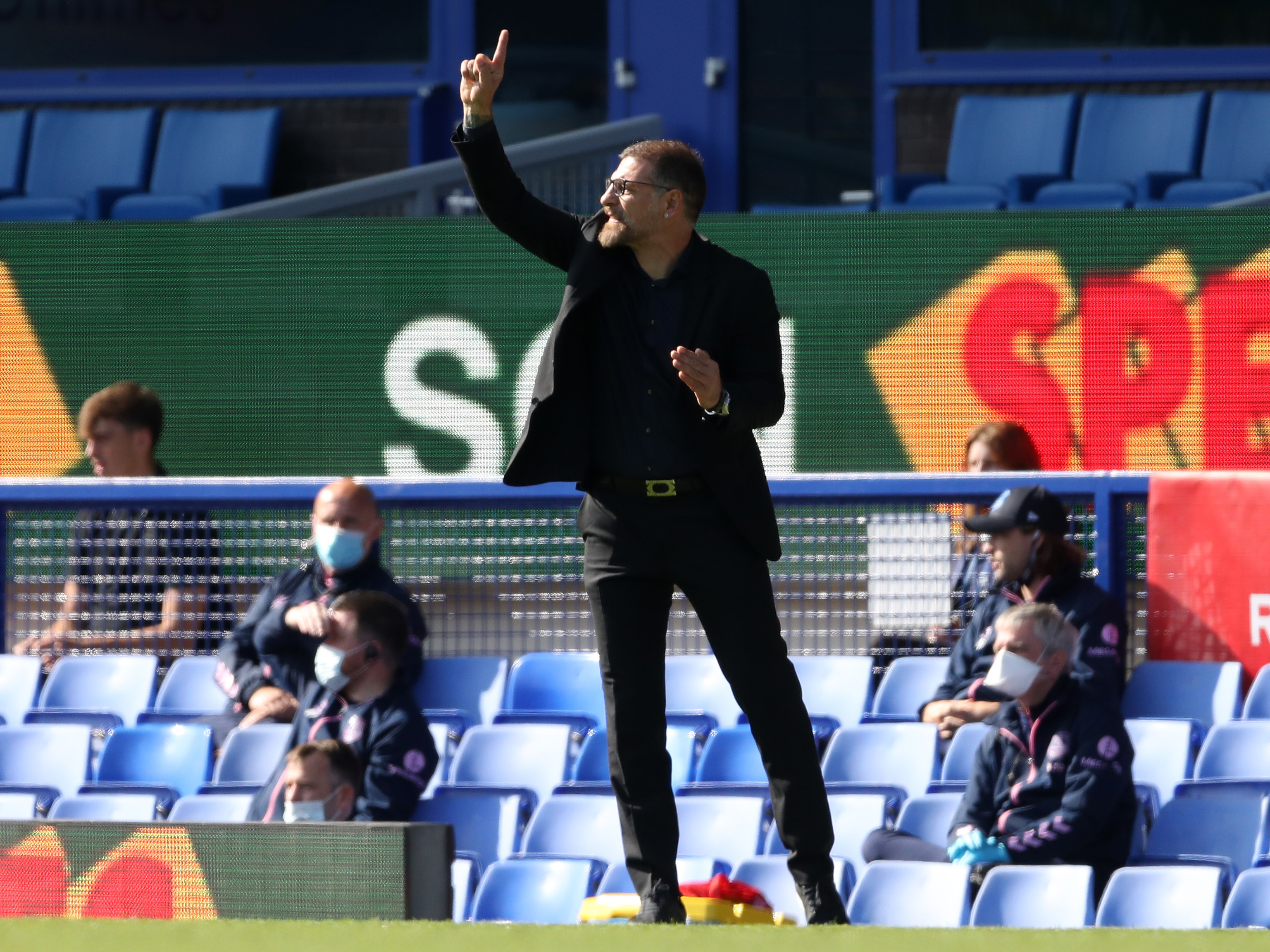 Slaven Bilić was left deeply frustrated by a cruel scoreline as 10-man Albion went down to a 5-2 defeat at Goodison Park.

The Baggies started the encounter on Merseyside brightly, as Grady Diangana fired the visitors ahead with an excellent solo goal, and it was only the thickness of the post which denied the visitors a second as Jake Livermore’s effort hit the woodwork.

A contentious equaliser levelled the scores before the game blew up in Albion’s faces in the closing minutes before half-time. James Rodriguez hit Everton’s second, with Kieran Gibbs seeing red moments later for reacting off-the-ball to a Rodriguez dig, and at the break Slaven was also shown a red card.

Pereira hit a sublime free-kick to level the scores just after the interval, but as the second-half wore on Everton made their extra man count, with Michael Keane scoring and Dominic Calvert-Lewin adding two second-half goals to complete his hat-trick.

“There are many positives that you would take from this, that you would cut and paste on to the next performance and ask for the same again,” said Slaven.

“There was so much to admire about us in the first half, we were braver and showed more quality than previously, which is what I asked the guys to do. We were pressing and creating chances and causing them problems.

“But of course there were also negatives that we have to stop. I can’t be happy with conceding goals from set pieces and there was some naivety that you can’t afford at this level.”

Slaven revealed that he was trying to ask the referee about how the first goal had been allowed to stand when he was sent off at half-time.

“I understand that the first goal has been allowed to stand because Darnell headed the ball back towards our goal - but only because he was pushed in the back by Richarlison,” said Bilić.

“It was a clear foul. I think I have the right as the manager of the team to ask the referee for an explanation about that and to the best of my knowledge, I did not swear. I just wanted to know how that goal could be allowed to stand and a foul not given. So you are asking me why I was sent off? I honestly don’t know.

“The referee was really given no choice but to show Gibbo a red card because of his reaction. Maybe if he had been a little more clever he could have reacted to being clipped by James and gone down. It would not have been a red card for James, but it may have been a yellow and certainly we would not have gone down to 10 men. Even then, right up to the finish the guys never stopped working and never gave in which I was also pleased about.”