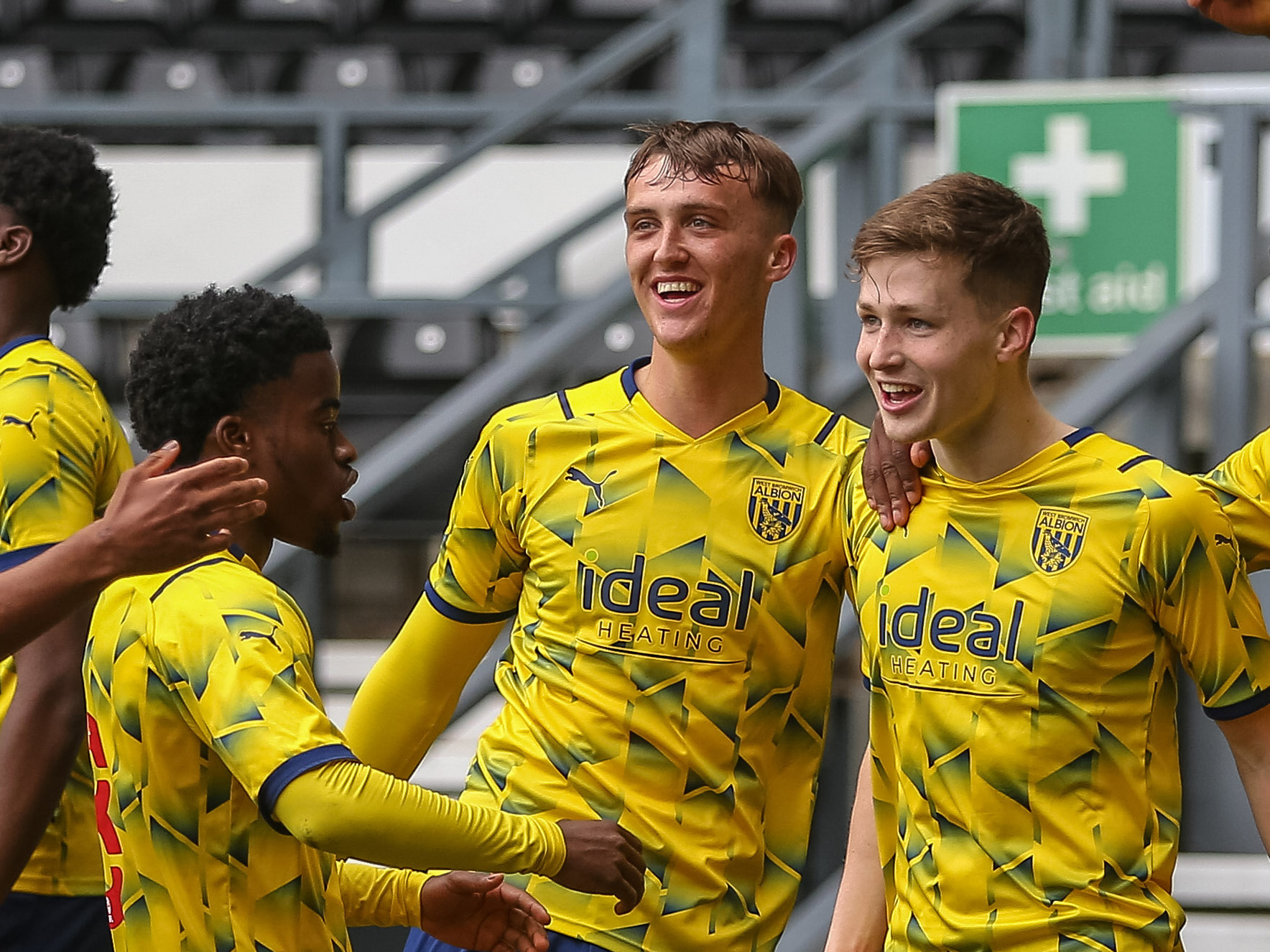 Richard Beale and Jamie Andrews are pushing Albion’s youngsters to go one step further when they face Fulham in the last four of the Premier League Cup at The Hawthorns on Tuesday night (ko 7pm).

A battling performance helped the Baggies’ Under-23s progress to the semi-finals of the competition, beating Premier League 2 Division One outfit Derby County 4-3 in the last eight at Pride Park.

While Beale believes his side’s progress in the tournament has been “fantastic”, he remains focused on the next task ahead for his players.

And Albion’s PL2 boss is demanding more "bravery" from his team when they take on the Cottagers under the lights in B71.

Beale said: “We take every game as it comes, but it’s great that this one is a semi-final and we’re all up for it.

“We obviously want to reach the final and we’ll do everything we can on the night in order to do that.

“It’s fantastic for these lads because they don’t get enough competitive football and in a one-off game like this competition provides you, it’s as close as we can get to the real thing.

“I’m looking forward to seeing some good performances from the boys and I’m sure they’ll be up for it at The Hawthorns.

“It’s a great stage for the boys to perform on and they deserve it. It’s testament to their hard work and since I came in during pre-season, everyone’s been brilliant and they’ve given themselves the best chance of getting a career, which is what we’re all working towards.

“The words we’ve used all season with the lads has been sweat and courage because we want them to be brave with the ball, brave when they’re pressing, running as hard as they can and as long as they give us that then we’ll be happy.”

Central midfielder Andrews netted his first goal from open play this season to help ignite the young Baggies’ comeback victory in the previous round of the tournament.

The 19-year-old’s pinpoint finish from the edge of the box helped level the contest against the Rams in the quarter-final of the PL Cup, but Jamie has found a lot of joy from inside the area this term - with all of the academy graduate’s other six goals coming from the penalty spot.

This includes one against upcoming opponents Fulham and Andrews, like many of his current team-mates, was involved in helping the Baggies reach the semi-final of the FA Youth Cup last season.

And after reaching the same stage in consecutive campaigns, but in a different competition this time around, Jamie says Albion’s youngsters are keen to “redeem themselves” on Tuesday by fighting to reach a coveted final.

“The boys are really excited for this game,” said Andrews.

“The morale throughout the team has been very good and we’re all pushing each other to go one step further now.

“We’ve got a really good chance to progress now and we’ve conceded a few goals recently in the league, but the boys have bounced back like they have all season.

“I scored in the last cup game against Derby and that was my first non-penalty goal, so it’s taken a while but it was an incredible feeling when it went in. It was an important goal to get us back into the tie in front of their home fans.

“A lot of the lads who are in the U23s with us now were with us last season for that semi-final game at Villa Park. It was a game that affected us and it wasn't a true account of how we play and who we are as people.

“We let ourselves down but now’s a chance to redeem ourselves. We’re going to show why we’re in back-to-back semi-finals and, hopefully, go that step further.

“We’ve had a whole year to progress on and off the pitch and we’re going to do everything we can to make sure we produce a good performance when we step onto that pitch on Tuesday.”