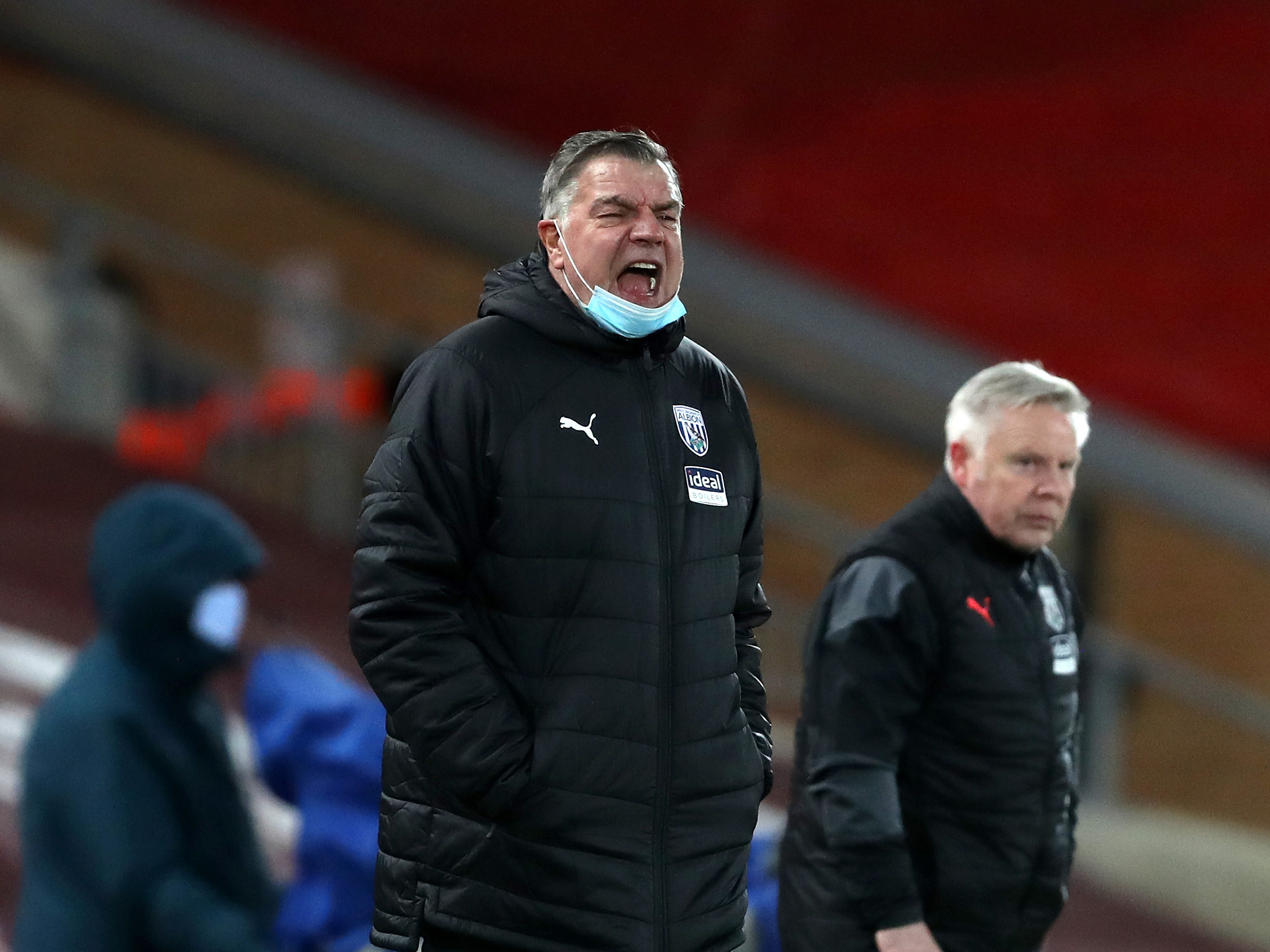 Sam Allardyce was proud of his players’ efforts in Sunday’s 1-1 draw with champions Liverpool and says the point gained is a huge boost for his side.

The Baggies frustrated Jurgen Klopp’s side and restricted them to just a handful of chances - with Sadio Mane’s first-half opener cancelled out by Semi Ajayi’s 82nd minute header.

And the Baggies boss was delighted to see the players’ hard work pay off and Albion pick up, in his eyes, a big bonus point.

“I think that everyone has seen we showed a lot of resilience today to keep ourselves in the game and we kept trying to do the right things," said Allardyce.

“Defensively, apart from the slip up for the goal we were excellent. I think a change of tactics about 30 minutes in, putting Grant up front gave us a bit more of an out ball rather than everybody just getting pegged back. It started to work a little bit by him holding it up and us getting in to Liverpool’s half. In the second half I think we expanded on that.

“We could either draw 1-1 or lose 2-0 or 3-0. We needed to get more expansive the longer the game went on, and that’s what wins you games of football because we took advantage of Liverpool’s slip ups.

“I think had we done even better we would have got level sooner with Karlan Grant going one-on-one with the goalkeeper. After that you could see the team had a bit of belief going forward. Then the ball that came in was a quality ball and big Semi scores a power header in off the post. Brilliant result.

“We have a game in two days against Leeds and our concern will be fatigue and can the players recover as quickly as possible. Then we have to plan for how Leeds play in a short period of time so we will be completely focused on looking at how Leeds play.”