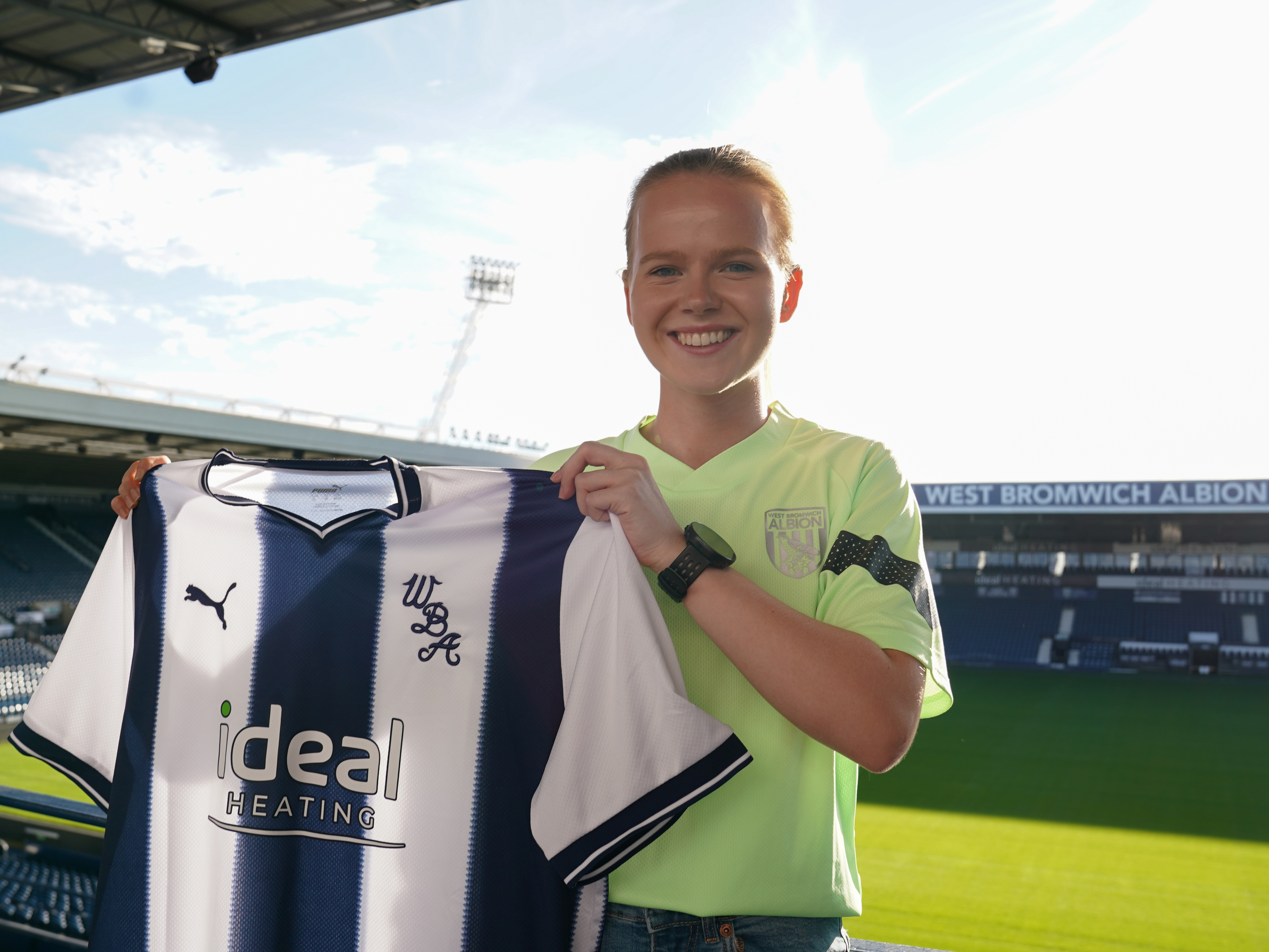 Albion Women are delighted to announce the signing of Phoebe Warner from Coventry United.

The 21-year-old midfielder becomes the side’s first addition ahead of the 2022/23 season and reunites her with boss Jenny Sugarman, who coached her at Aston Villa.

And Albion’s Head Coach is thrilled to have her through the door.

Sugarman said: “Phoebe is an excellent young player who has already gained a lot of experience at a really competitive level. Last season was tough for her, being cut short through injury, but she has been working so hard to hit the ground running in pre-season.

“She is a very technical player who works the ball well in tight areas, she is creative and someone the fans will enjoy watching. It’s only been a week, but she is settling in well already and has been a great addition to the group. She’s a positive character who just loves playing football and I’m confident our environment will get the best out of her.”

Speaking on her arrival, Warner added: “I’m delighted to be here, I think it’s a really ambitious club and I can’t wait for the season to start.”

“I think I’m quite a technical player, I like to be creative and drive forwards. I’m also a really attacking player and I’m looking to bring that here to Albion.”

Welcome to the club, Pheobe!