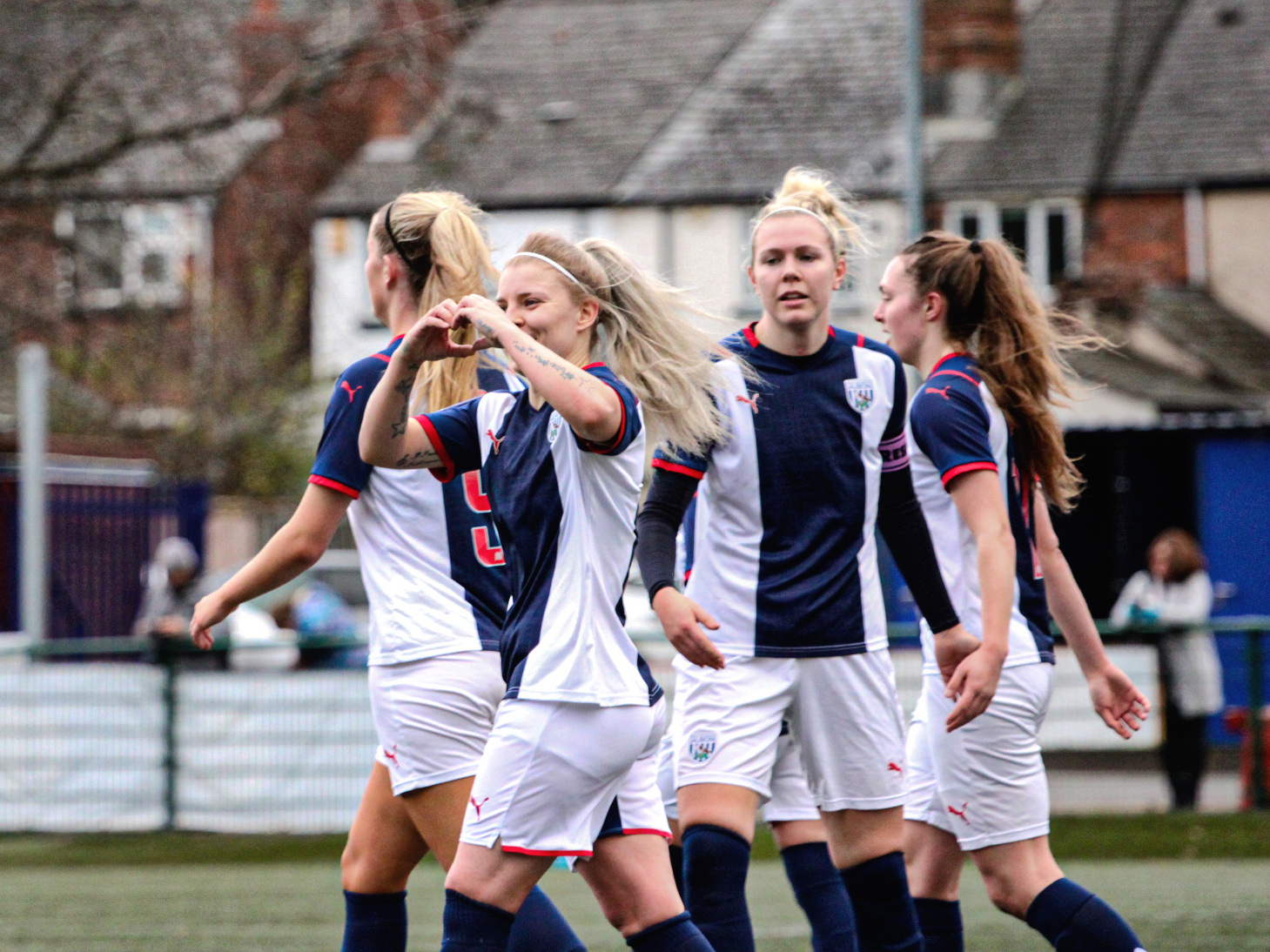 Albion secured their place in round four of the Vitality Women’s FA Cup with an emphatic 5-1 victory over Long Eaton United at Coles Lane on Sunday.

With Leigh Dugmore returning to the starting eleven, the Baggies were keen to get back to winning ways after a frustrating penalty shootout defeat to Cheltenham Town last weekend.

And it took them just two minutes to take the lead. An in-swinging corner from Shannon Stamps was half-cleared to Evie Gallop on the edge of the area, and she controlled it well before smashing home a spectacular volley.

A few moments later Gallop caught the Long Eaton defence napping again when she capitalised on a loose ball, running through on goal and slotting comfortably into the bottom corner.

Albion’s No.10 was running the show and the opposition had no reply. Albion’s dominance earned them a third just before the break when Poppy Bastock’s goal-kick was taken down the line by Stamps, who crossed for Leigh Dugmore to finish at close-range.

The second half saw more of the same from Albion. A strong penalty shout on Kerry Walklett was waved away by the referee, but she was soon able to make it four when the hosts dispossessed Long Eaton’s free kick and Stamps’ shot was spilled for the midfielder to convert.

United pulled one back when a long pass found its way to the back-post and Hicks tapped it into an empty net, yet the Baggies wasted no time in restoring the four-goal lead. Gallop did brilliantly to keep a good move alive and fire a cross across the face of goal, giving Walklett the simplest of tap-ins to grab her side’s fifth.

Women’s Super League clubs, including holders Chelsea, enter the competition at the next round, presenting a great chance for Albion to test themselves against the very best.

After the match Evie Gallop reflected on her goal, beaming: “It’s got to be one of the best I’ve scored while here at West Brom.

“As soon as I won the ball back I was always going to try to take the shot on, it fell kindly for me and it gave me an unreal feeling. To score a ‘worldie’ in the FA Cup is the stuff of dreams.”

"We’re really pleased with our performance today, and that showed in the full time score,” she said.

“We spoke midweek about needing to be more ruthless in front of goal, something we didn’t do too well last week, and they’ve taken that on board today. We created a lot of good chances and on the whole we did really well in taking them.”

Albion play in their final game before the festive break on Sunday in the next round of the Birmingham County Cup against Solihull Moors.