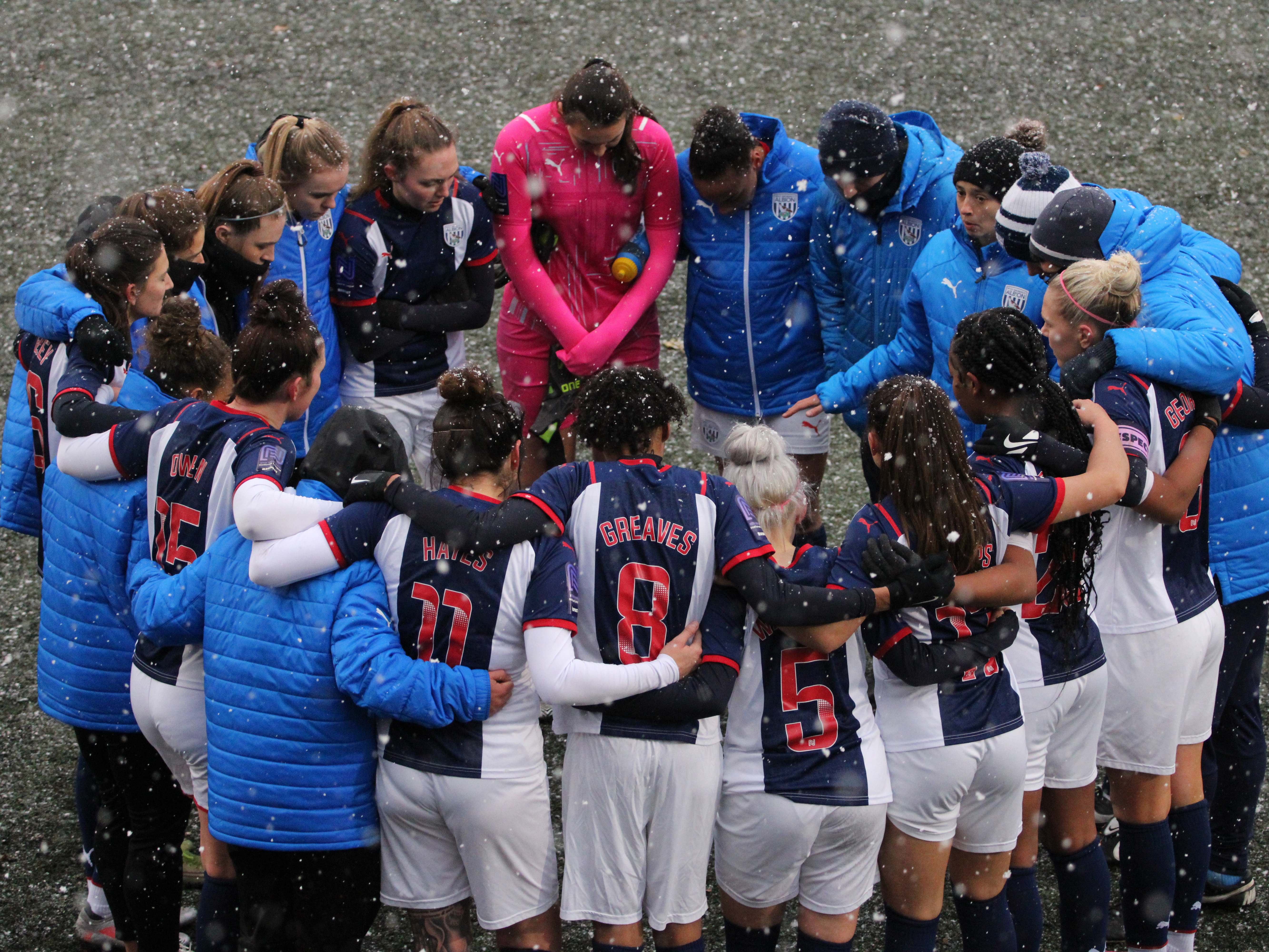 Albion Women eased into round three of the Vitality Women’s FA cup on Sunday with a 4-1 victory against Lincoln United.

Jenny Sugarman named four changes to the side that had won the previous weekend, with Ash Brown, Izzy Green, Rosie Embley and Leanne Robinson all coming into the starting XI.

It didn't take long for the Baggies to find their stride – Lincoln’s goalkeeper being forced into a magnificent save to stop Kerry Walklett getting her maiden goal at point blank range. In an early barrage of attacks, Embley also hit a half volley agonisingly close.

Albion persisted in their search for the opener, Brown firing just wide and Jennelle Straker unable to find the target.

The home team’s pressure paid off on eight minutes when a cross from Walklett found its way through a host of bodies in the middle and was pounced on at the back post by Shannon Stamps.

The Baggies didn’t take long to double their lead. Stamps sailed an inviting ball across the box to find Evie Gallop in acres of space, and she made no mistake in converting.

Back-to-back opportunities for Stamps saw her through on goal, with her first strike going wide, and her second, a chip over the oncoming keeper, denied for a handball in the build-up.

Against the run of play, though, the visitors pulled one back through a free-kick. This prompted Sugarman to ring the changes - Em Owen and Ash Hayes replacing Robinson and Green.

And the substitutions soon made an impact as Trina Greaves capitalised on a mix-up between United’s goalkeeper and a defender, sliding home to restore Albion's two-goal advantage.

Straker once again found herself in space moments later but, following her fantastic effort from the edge of the area, was judged to have been offside.

However, it wasn't too long before Albion claimed their fourth goal. Brilliant play ended with Stamps fizzing the ball across the box, and Walklett was on hand to claim her first goal for the club.

The Baggies will now host the winners of the replayed tie between Long Eaton United LFC and Netherton United in the next round.

After the game Walklett reflected on her special moment, saying: “First of all, I’m relieved more than anything.

“It's taken me a while but to get my first goal here at Coles Lane in front of our fans. And especially in the FA Cup, it is a great feeling. Hopefully I won't have to wait as long for the next one.”

Assistant Manager Liam Wall added: “I’m really pleased for us, the girls had a really good training week leading up to this game, we looked much more ruthless in front of goal against a tough to break down Lincoln side.

“It could’ve easily been more than four, so overall we’re pleased. The girls have been really receptive with what we are trying to do, they are taking it on board and it is really pleasing for us to keep this positive run of form going.”