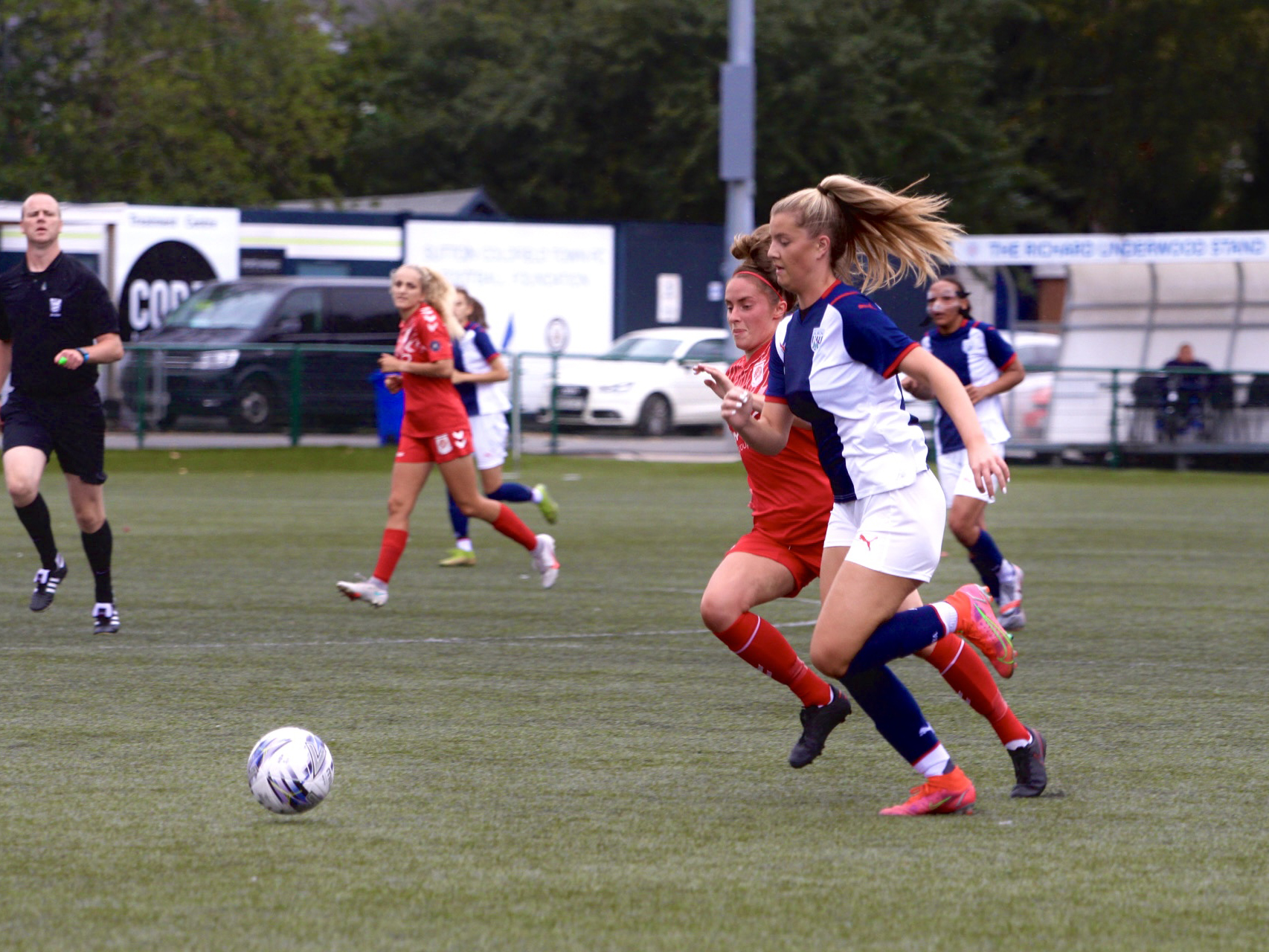 A late Eve Marshall goal in extra time gave Middlesbrough victory in the determining round of the FA Women’s National League Cup at Coles Lane on Sunday.

Albion came into the match off the back of their first win of the season last week, to take on a Boro side who beat the Baggies 4-1 in the league two weeks prior.

The hosts started the stronger of the two teams in the opening exchanges, with Jannelle Straker narrowly missing the target on a couple of occasions.

But the visitors took the lead into the interval. A breakaway down the right saw Armani Maxwell played clean through on goal and slide a composed finish past Poppy Bastock.

After the break Albion levelled on the hour mark. Springing forward, left-back Jess Davies cut inside and found Straker to make it third time lucky by unleashing a superb looping strike.

However, the visitors regained their advantage with 20 minutes to go as Boro skipper Rebecca Olley fired the ball from thirty yards out into the bottom corner.

The Baggies continued to press and going in the fifth minute of added time, they were rewarded for their efforts.

After pushing everyone, including Bastock, up for a corner, Shannon Stamps recycled her cleared corner back into the six-yard box where Robinson was the first to react to a dropped catch, tapping home the equaliser.

Following a quiet first period of extra time, the Baggies had two big chances to win the tie. First Langley Wright fired wide of the far post before substitute Mariam Mahmood hit the side netting just outside the six-yard box.

In the final moments Bastock pulled off a fantastic save from a Boro free kick which looked to push the game into penalties.

With the final attack of the game, though, the visitors clinched it. Bastock tried to punch away a corner, but Eve Marshall rose highest and headed the ball past Ashlee Brown on the line.

“Overall, I’m really happy with the performance we put in,” reflected Sugarman.

“The work ethic, the belief, the passion and the desire from the girls was fantastic.

“I thought we were excellent in the first half and really good in possession. When I look back at our game [against Middlesbrough] two weeks ago, our out of possession play is completely different and I’m super happy with how organised we were.

“It’s disappointing that we’ve conceded three goals today but when we look back at those and review them, we’ll see that they were from some mistakes that we can resolve in the future.”

Despite the defeat, Albion will now go into the FA Women’s National League Plate, a competition they won back in 2019.