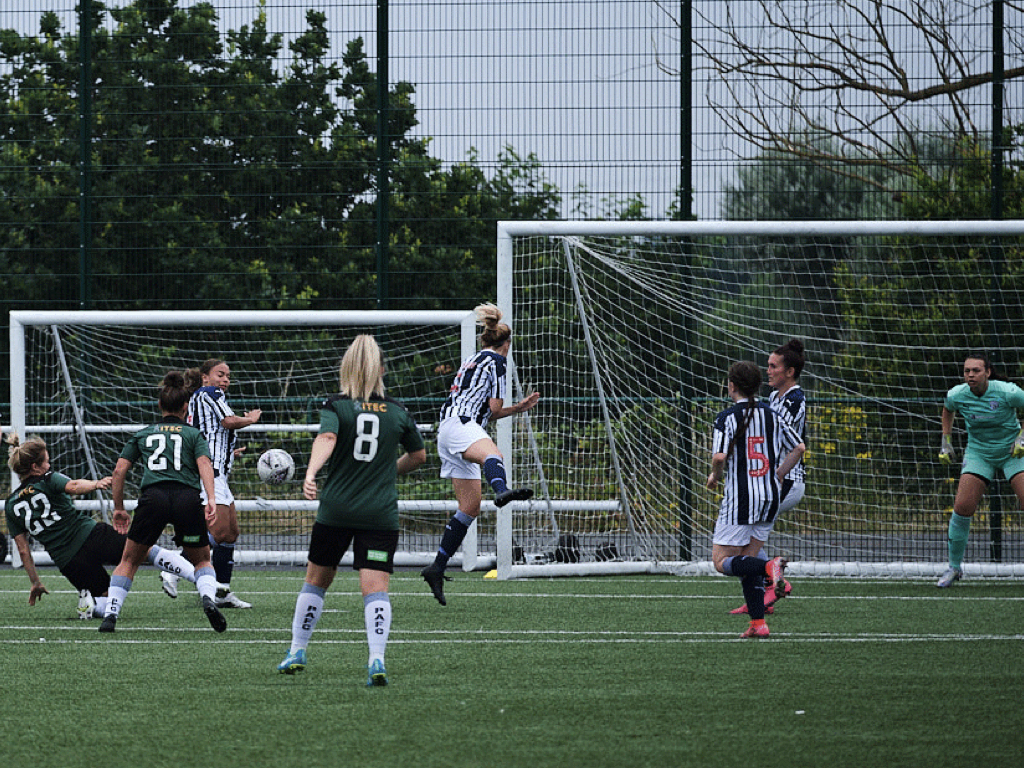 Albion Women succumbed to their first defeat in pre-season at home to Plymouth Argyle.

First Team Coach Liam Wall made two changes to the XI that won against Solihull Moors, with Evie Gallop returning to the team and Leanne Robinson coming in up top.

For the first 45 minutes neither side could be separated despite plenty of opportunities.

After a raft of substitutions the breakthrough finally came with twenty minutes to go when the visitors found the bottom corner from the edge of the Albion box.

But it didn’t take long for the Baggies to equalise as, just five minutes later, Nat Murray tapped in to level the scores.

The visitors came back again, though, and created the winning goal late on. A low cross found a Plymouth player unmarked who passed the ball into the net to secure the win.