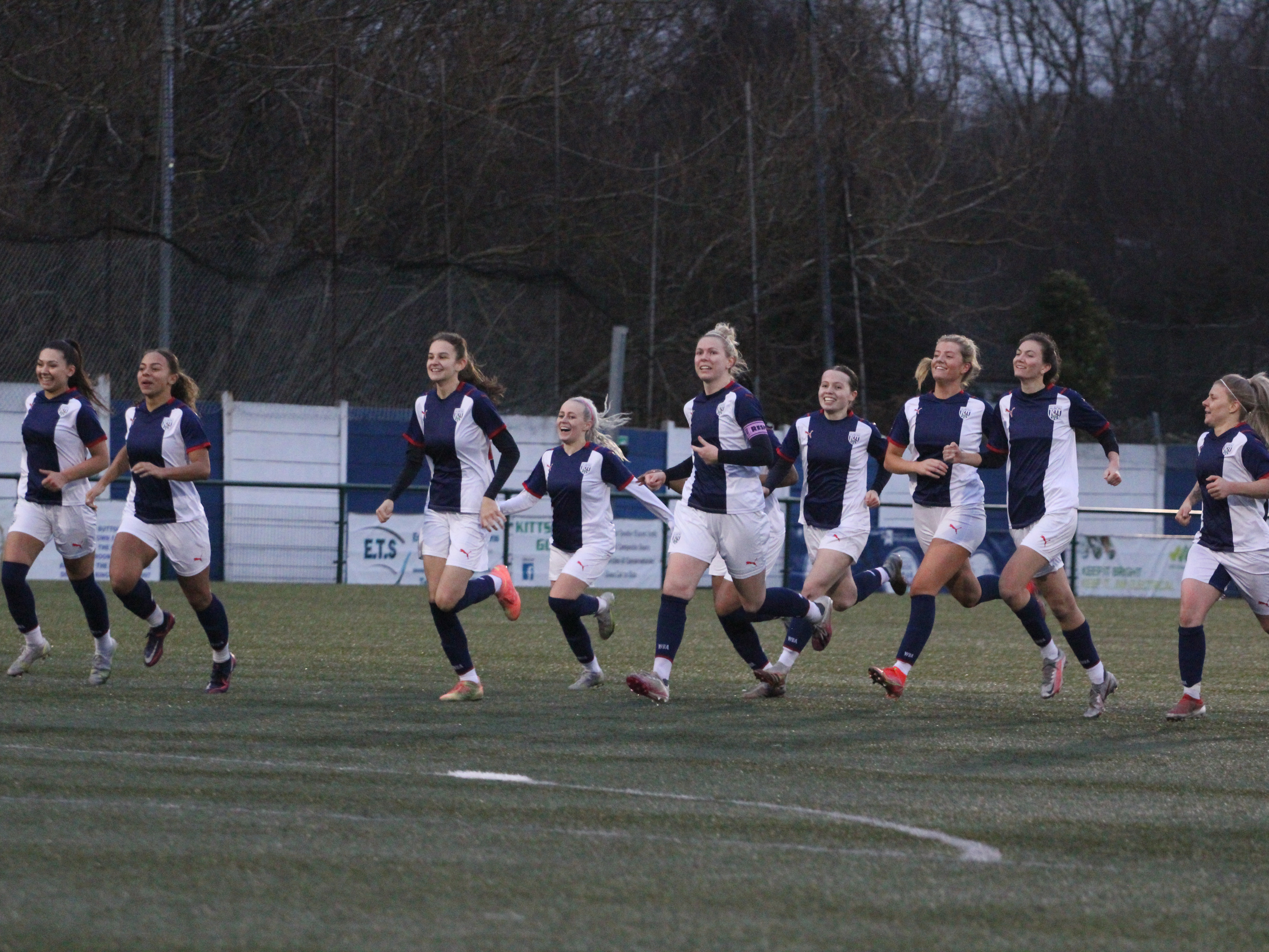 Albion Women reached the fifth round of the Vitality Women’s FA Cup for only the second time in their history following a penalty shootout win against Exeter City Women over the weekend.

After a goalless draw from two hours of football at Coles Lane, the Baggies squeezed through by being clinical from 12-yards to spark great scenes of celebration.

The full highlights are available to watch above on WBA TV.

Jenny Sugarman made two changes to the side which lost to Black Country rivals Wolves on Wednesday night, bringing Mariam Mahmood and Leigh Dugmore in for Kerry Walklett and Leanne Robinson.

The Baggies enjoyed the better of the early opportunities, Trina Greaves found herself in some space during the first 10 minutes but couldn’t finish her half volley from a corner.

Down the other end the visitors also created openings, Poppy Bastock was forced into two fantastic saves - denying both Zoe Watkins and Phoebe Barker for the Grecians.

Albion had the best chance of the half though, a well-placed free-kick saw Shannon Stamps’ right footed strike rattle off the top of the crossbar with the goalkeeper firmly rooted to the spot.

It was more of the same in a fairly even second half as Leigh Dugmore, Greaves and substitute Emma Congrave all failed to convert opportunities inside the area and the game went to extra-time.

Walklett, Isabel Green and Dugmore all missed the ball in a three-on-two situation during the added period, and Congrave might have done better when only 10-yards out, but the teams still weren’t separated despite 30 minutes more, meaning the tie had to be decided by penalties.

And it was Albion who kept their nerve from the spot, with Hannah George, Rosie Embley, Congrave and Stamps converting to win the shootout 4-2.

Sugarman’s history-makers will be ball No.10 in Monday night’s draw for the Vitality Women’s FA Cup, which is live on TalkSPORT 2 at 7:30pm.

The Baggies are back on the road next weekend travelling to Sheffield FC in the FA Women’s National League (KO 2pm).