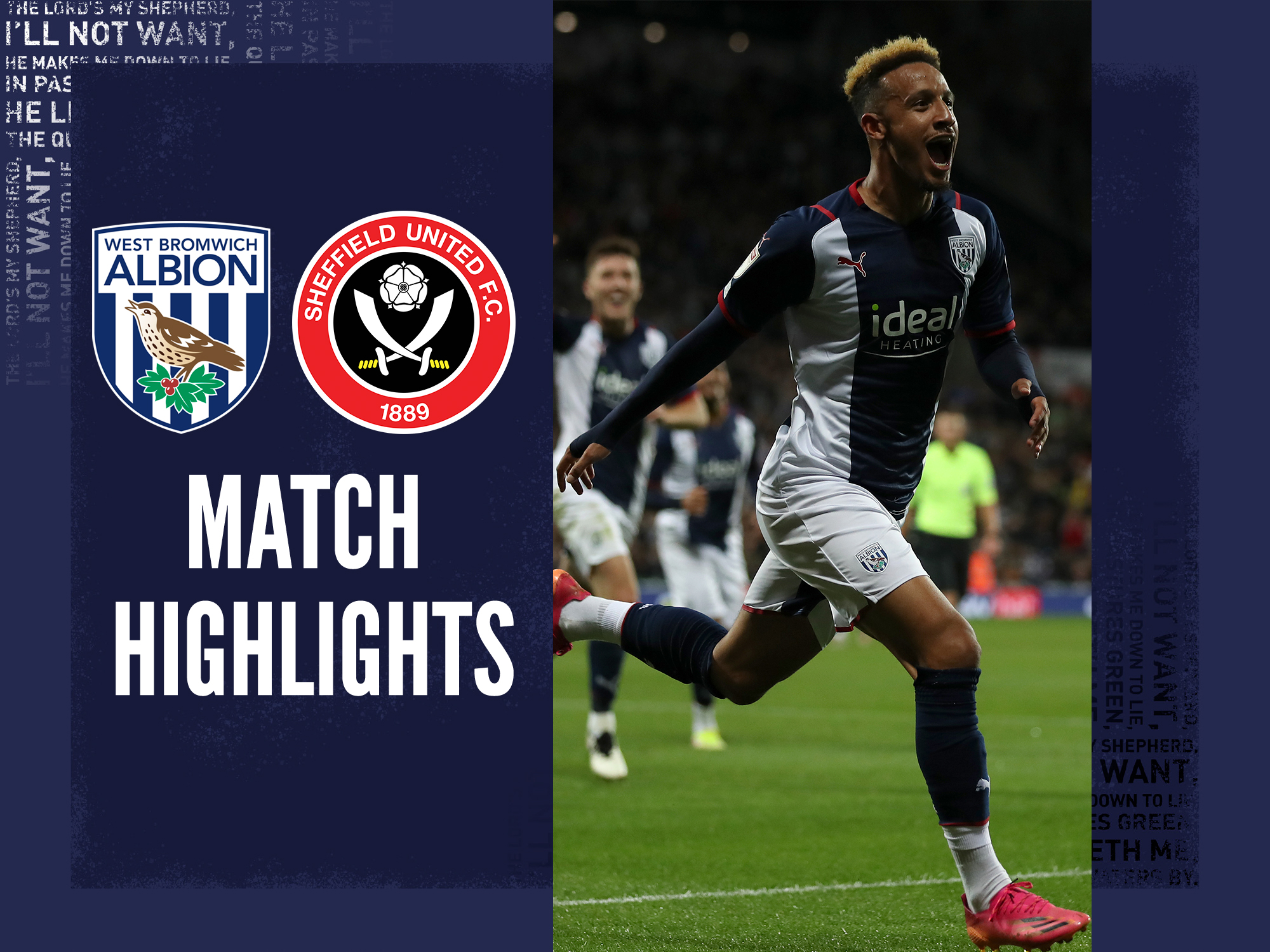 Watch free-to-view highlights of Albion's captivating performance against the Blades.

Albion cruised to a comfortable 4-0 win against Sheffield United at The Hawthorns on Wednesday night.

An own-goal, thanks to Darnell Furlong’s incredible long throw, had the Baggies in control at the break.

Further efforts from Dara O’Shea, Alex Mowatt and Callum Robinson earned the hosts all three points in clinical style during a superb second-half.

The boss opted to name an unchanged XI for United’s visit, with Quevin Castro replacing Kenneth Zohore on the bench.

And his men thought they’d opened the scoring inside 70 seconds. Furlong launched a long throw into the box which Matt Clarke helped on, and while Robinson did manage to scramble the ball in, he looked across to see the assistant referee’s flag raised for offside.

Robinson had the ball in the net once more soon after but was again denied by the officials – referee Matthew Donohue judging Kyle Bartley to have fouled a United player in the build-up.

The breakthrough the Baggies deserved arrived on 20 minutes and – to nobody’s surprise – came courtesy of a Furlong long throw. The right-back sent the ball into the mixer and just like on the weekend, an opposition defender headed it home.

Sheffield United had a big opportunity to equalise almost instantly yet, despite being clean through on goal, David McGoldrick side-footed wide.

Mowatt smashed a volley off-target and Bartley nodded just past the post in the lead up to half-time, and it was Albion who were ahead at the interval.

Following a solid first period the Baggies wound it up another gear, or two, after the break.

Just two minutes into the second-half O’Shea doubled their advantage, finding the back of the net in front an ecstatic Birmingham Road End when Mowatt’s corner caused chaos.

And Mowatt turned from provider to scorer six minutes later – finishing fantastically when played in by Karlan Grant to grab his maiden Albion goal.

Almost inevitably, former Blade Robinson was the next to notch.

Furlong’s throw-in found the head of Bartley, and his flick to Robinson was brilliantly cushioned down and coolly converted to make it 4-0 before the hour mark.

Sam Johnstone was tested once, pushing away a rare United attempt as they looked to get a consolation, but the Baggies held firm and saw the game out well to claim a valuable triumph.