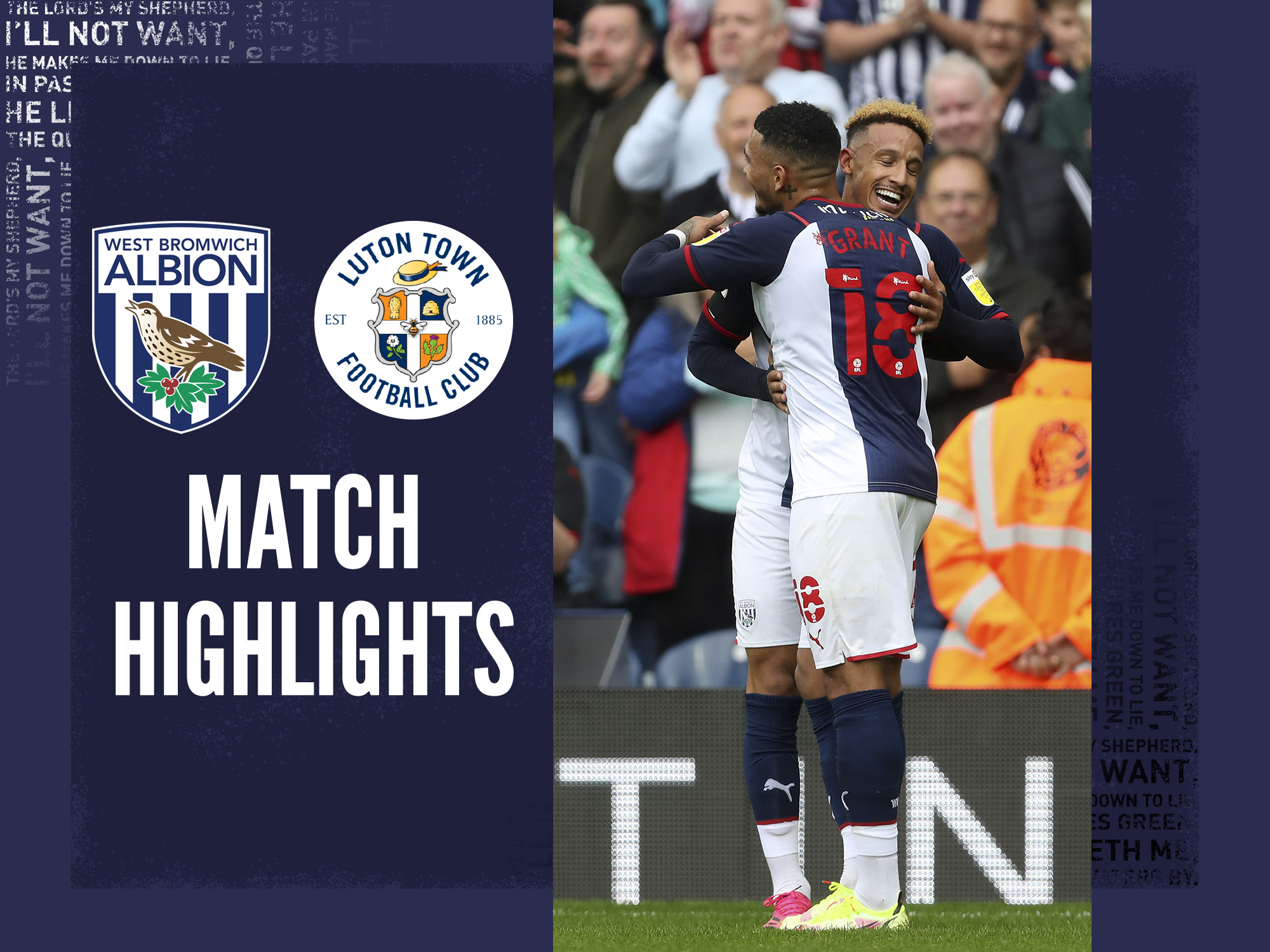 Watch free-to-view highlights of Albion's opening home game of the season against Luton.

Albion survived a late fightback to beat Luton Town 3-2 at The Hawthorns on Saturday afternoon.

The Baggies were two goals ahead at half-time, an own-goal and Callum Robinson’s header giving them a comfortable lead.

Karlan Grant added a third before Pelly Ruddock-Mpanzu converted for the away side to create a nervy finish, but the Baggies held on to secure Head Coach Valérien Ismaël's first three points in charge on his home bow.

Albion reacted to a raucous Hawthorns crowd by flying out of the traps – putting Luton under pressure from the very first second.

And they took the lead inside five minutes when Darnell Furlong’s cross was nodded home thanks to the head of Hatters defender, sparking celebratory scenes not seen in front of a full Smethwick End for 18 months.

The Baggies didn’t let off and nearly netted soon after through a clever corner routine. Alex Mowatt and Grady Diangana set up Karlan Grant inside the area, but he saw his attempt bravely blocked.

The hosts were all over their visitors during an electric first period, with only Simon Sluga in the Luton goal keeping the scoreline down. Town’s shot-stopper had to be at his best to divert Matt Clarke’s header off-target before denying him again, this time stopping a close-range flick.

Albion did manage to extend their advantage ahead of the interval, though. Another dangerous Mowatt corner caused chaos and, despite Sluga saving Clarke’s initial effort, Robinson was there to convert from just a few yards out.

It might have been three before half-time, Furlong unfortunate to hit the crossbar in stoppage time, but instead the Baggies went in 2-0 to the good.

Shortly into the second 45 a collision between Sam Johnstone and Jordan Clark caused a lengthy delay, the Luton man later leaving the pitch on a stretcher and to applause from the whole stadium.

Following the restart Albion managed to find their third – great play between Mowatt and Robinson provided Grant with a chance, and the striker made no mistake in firing a volley past Sluga.

Cornick pulled one back on 70 minutes as the Hatters tried to get back in it – Albion responding by substitute Matt Phillips smashing the woodwork almost instantly.

16 additional minutes caused a few nerves, and those jitters were escalated when Mpanzu scored a second for Luton midway through stoppage time.

Yet the Baggies stood firm and ensured they didn’t concede another, seeing the clash out to earn all three points from an action-packed afternoon.