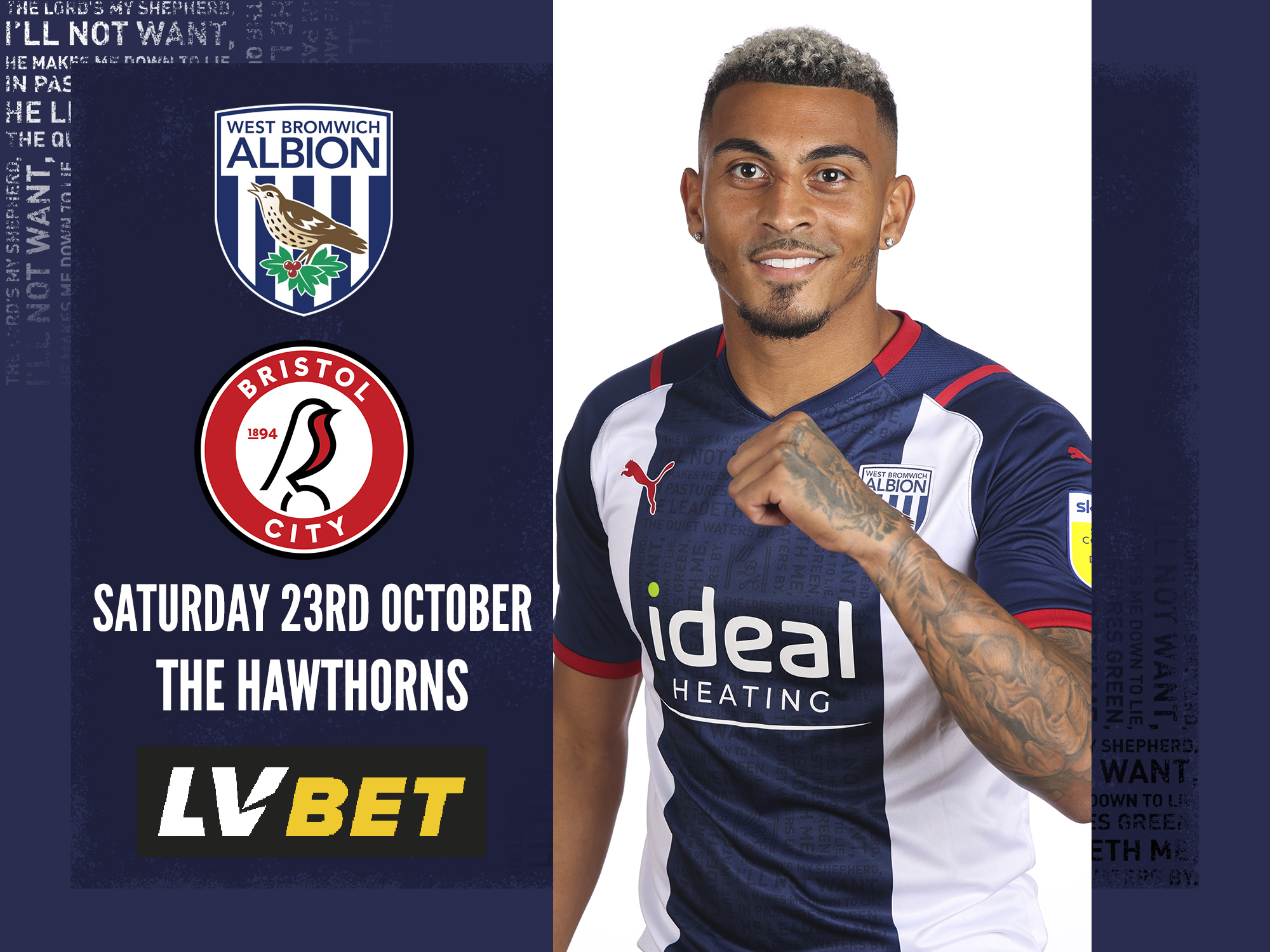 The Baggies will want to bounce back from Wednesday’s defeat at Swansea City with three points against Bristol City at The Hawthorns on Saturday afternoon (ko 3pm).

Opponents Bristol City also suffered a late loss earlier this week. The Robins were leading 1-0 at home to Nottingham Forest as the game entered into injury time, but two goals beyond the 90th minute saw City slip to their second consecutive Sky Bet Championship defeat.

Supporters not attending The Hawthorns on Saturday can still follow the game live.

Fans in the UK and Republic of Ireland can enjoy live Baggies-biased commentary from 2.45pm. If you’re not a seasonal or monthly subscriber, you can buy a Match Pass for £2.50 and can also enjoy a full match replay of the game.

Fans based overseas can watch the match live on wba.co.uk or the official West Bromwich Albion app. Seasonal or monthly subscribers to video don’t need to do anything else, if you haven’t got a subscription you can buy a Video Match Pass for £10.

Saturday’s guests sit 16th in the table having taken 16 points from their opening 13 matches.

Bristol City, now in their seventh consecutive campaign in the second tier, have had a mixed bag of results so far this season, with all four Championship wins coming away from home.

The Robins will be pleased to be back out on their travels this weekend following two successive defeats at Ashton gate against AFC Bournemouth and Nottingham Forest respectively. City have endured a tough time on home soil in 2021, failing to win any of their last 17 league matches with their last success in front of their own fans coming way back in January.

Former assistant to Bryan Robson and ex-Albion caretaker boss Nigel Pearson is the man in charge. He was appointed in February after recent spells with Watford, OH Leuven of Belgium and Derby County.

Pearson finished 19th with City last season, and will have his sights set on a top-half finish this time around in his first full term at the club.

Kieran Gibbs, Matheus Pereira, Hal Robson-Kanu and Charlie Austin were all on target in a thrilling 4-1 win.

The Baggies have scored exactly four goals in all of their last four league meetings with Bristol City at The Hawthorns.

Conor Townsend is pushing his team-mates to shift “into the higher gear they’re capable of” when Albion take on the Robins this weekend.

The wing-back is the feature interview in this Saturday’s programme, which sees gaffer Valérien Ismaël discuss the importance of Black History Month and bouncing back from Wednesday’s defeat.

PL2 boss Richard Beale also discusses the benefit first-team training is having on his youngsters’ progress this term.

Programmes will be available for purchase in and around the ground this weekend. Alternatively, you can secure your copy online here.

After getting his name on the scoresheet for the fifth time in as many games, Karlan Grant once again tops the list at 3/2 (2.50) to score at any time this Saturday and at 9/2 (5.50) to be the first man on the pitch to find the back of the net.