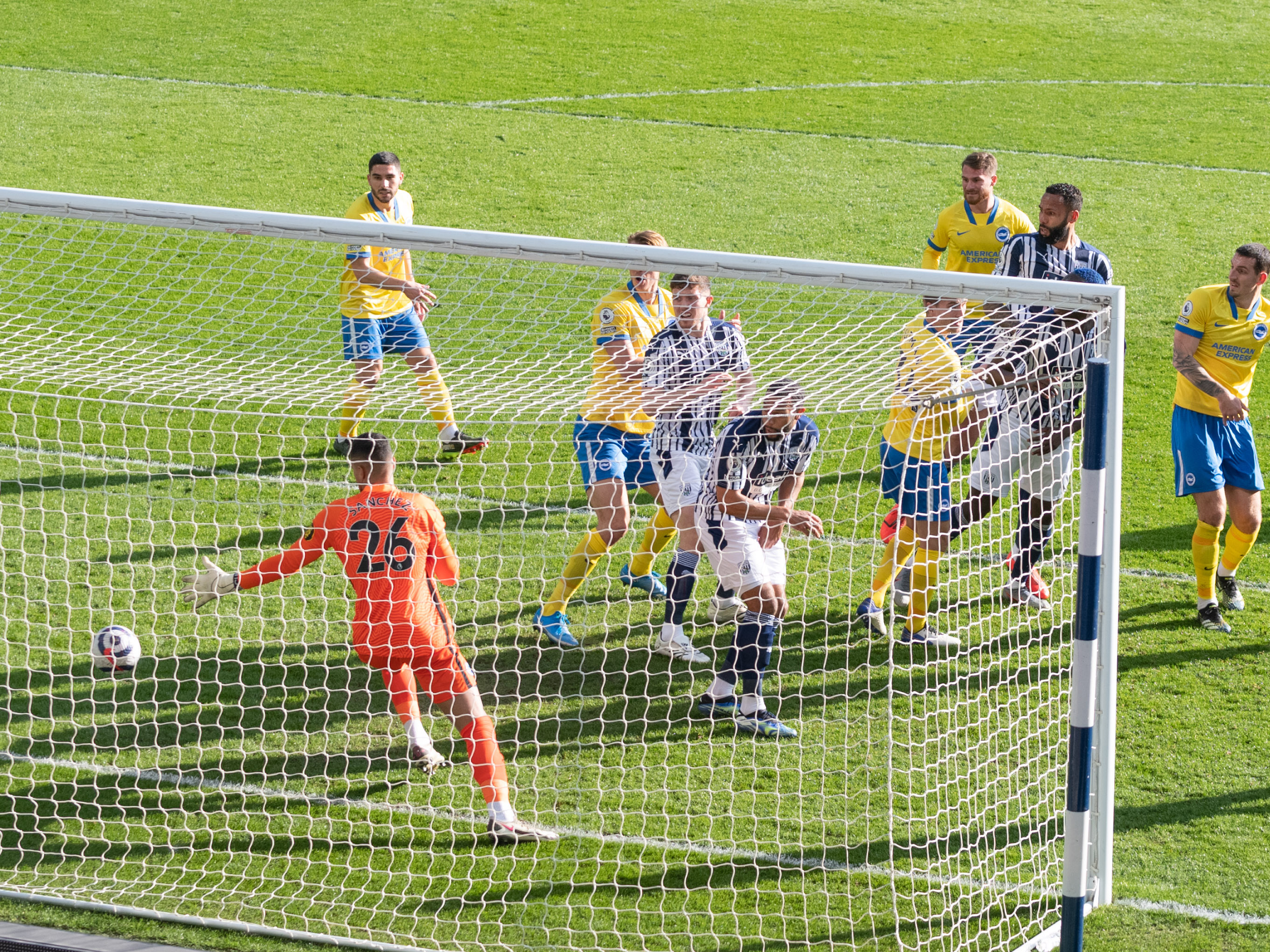 Albion made it three Premier League games unbeaten with a 1-0 win against Brighton on Saturday afternoon.

Kyle Bartley’s early header was the difference in an eventful clash at The Hawthorns, where the visitors missed two penalties and also had a goal disallowed.

Sam Johnstone had to be on hand with several fantastic stops to deny a late Seagulls resurgence, but Albion managed to see the game out and secure a vital win.

Sam Allardyce made just one change to his starting XI as Dara O’Shea came in for the suspended Semi Ajayi.

And it was the Baggies who made a flying start, captain Bartley rising highest to nod Conor Gallagher’s fantastic corner home in front of the Birmingham Road End on 11 minutes.

Brighton had a golden opportunity to equalise shortly after when Okay Yokuslu was judged to have handled inside the area, however Pascal Gross smashed his penalty against the crossbar.

The away side then thought they’d drawn level in a bizarre incident midway through the opening period. Lewis Dunk’s quickly taken free-kick caught everybody by surprise but, despite referee Lee Mason originally giving the goal, it was chalked off following plenty of Albion protest and a lengthy VAR check.

Sam Johnstone had to save from Aaron Connolly and Neal Maupay either side of the Baggies nearly extending their advantage during a manic spell of first-half stoppage time, with Ainsley Maitland-Niles seeing a low shot saved as it stayed 1-0 at the interval.

Brighton were brighter after the break and created a number of good opportunities - Connolly volleying over, Ben White heading off-target and Leandro Trossard forcing Johnstone into another decent stop.

Albion stood firm, though, and rode their luck at times - none more so than on 76 minutes when substitute Danny Welbeck hit the post with the Seagulls’ second spot kick of the day.

It was a nervy finale as the Baggies tried to see it out, but despite four minutes of added time they did exactly that to claim back-to-back clean sheets and an important three points.