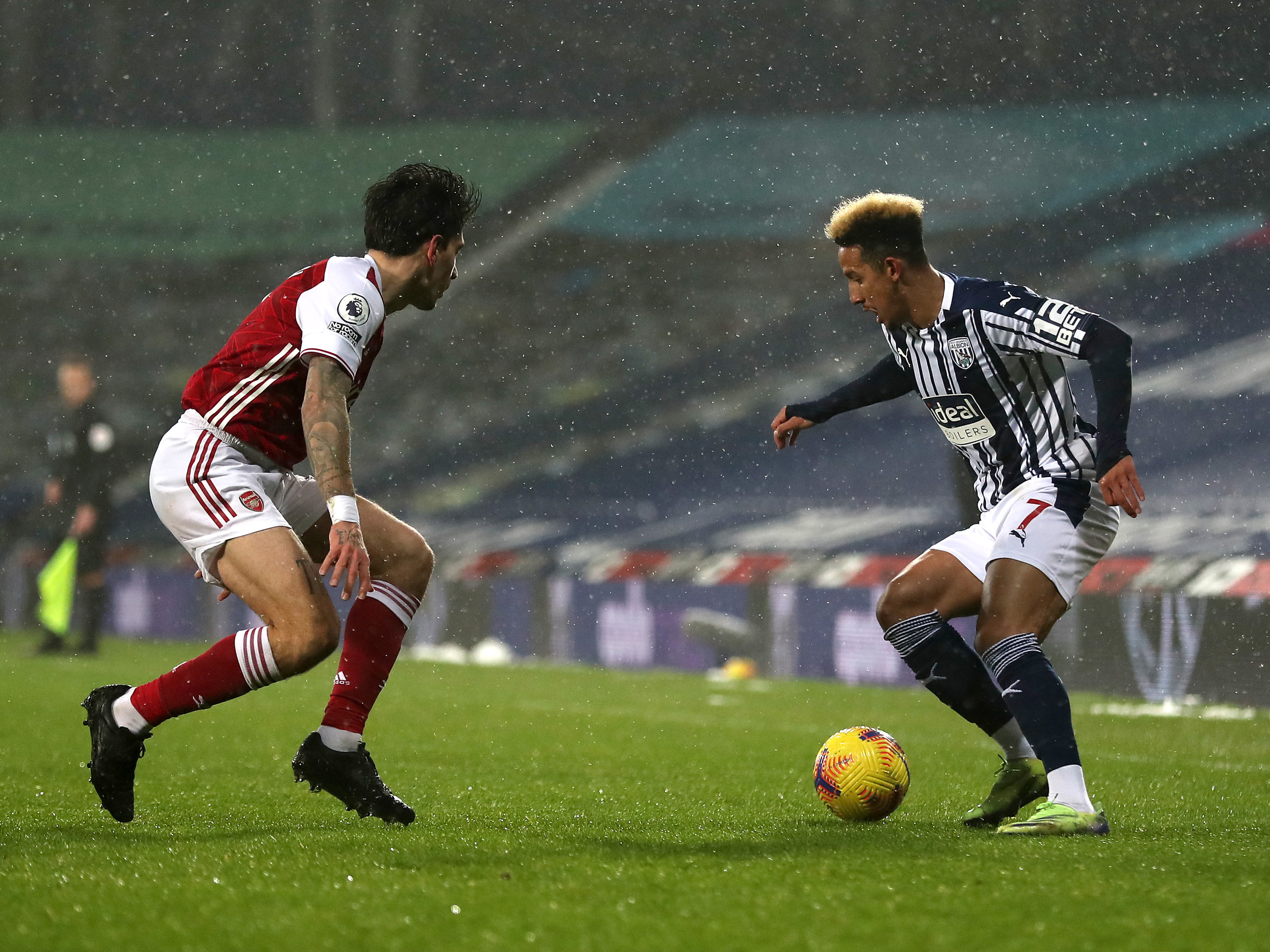 Two goals in each half sealed the three points for the Gunners in the snow at The Hawthorns.

Kieran Tierney and Bukayo Saka put Mikel Arteta’s side in control at the break, before a second-half brace from Alexandre Lacazette put the gloss on the visitors’ victory.

Sam Allardyce made two changes to his XI, with Branislav Ivanovic and Matheus Pereira both starting at The Hawthorns.

The away side had the first opportunity of the game inside the opening ten minutes. England international Saka fired straight at Sam Johnstone from just outside the penalty area.

Saka continued to cause Albion problems and almost opened the scoring when his curling left-footed effort whistled past the far post, narrowly evading the outstretched leg of Pierre-Emerick Aubameyang.

But Arsenal weren’t made to wait much longer for the breakthrough. Scotland international Tierney broke down the left, cut inside on to his right foot and unleashed a strike which flew beyond the reach of Johnstone into the top corner midway through the first half.

And just five minutes later the Gunners made it two. Saka, Lacazette and Emile Smith Rowe were all involved in neat link-up on the edge of the area before the England man tapped in from close range after meeting Smith Rowe’s square ball across the six-yard box.

The Baggies struggled to carve out opportunities in the first half, but they did go close when Semi Ajayi headed Matt Phillips’ corner wide after 40 minutes.

The final attack before the interval saw Lacazette break free down the left and fire at goal from a tight angle, but Albion’s No.1 prevented Arsenal taking a three-goal lead into half time.

Albion made an encouraging start to the second 45 and had the ball in the back of the net within 90 seconds. Pereira’s initial strike hit the far post and bounced out to Callum Robinson who rifled home from 18 yards, only for the offside flag to go up and deny Allardyce’s men a route back into the contest.

The points were all but sealed on the hour-mark when Lacazette slotted in a third after Albion failed to successfully clear Saka’s cross from the right.

And the French forward was quick to add his second and Arsenal’s fourth moments later, converting Tierney’s pin-point left-wing cross from six yards out.

Charlie Austin almost grabbed a late consolation with just over ten minutes left, but his effort on the spin from inside the box sailed over the crossbar.

The Gunners went close to adding a fifth in the 81st minute but Johnstone pushed away Aubameyang’s shot.

Substitute Rekeem Harper forced Bernd Leno into a smart save down low to his left in added time in what proved to be the last attack of the encounter.