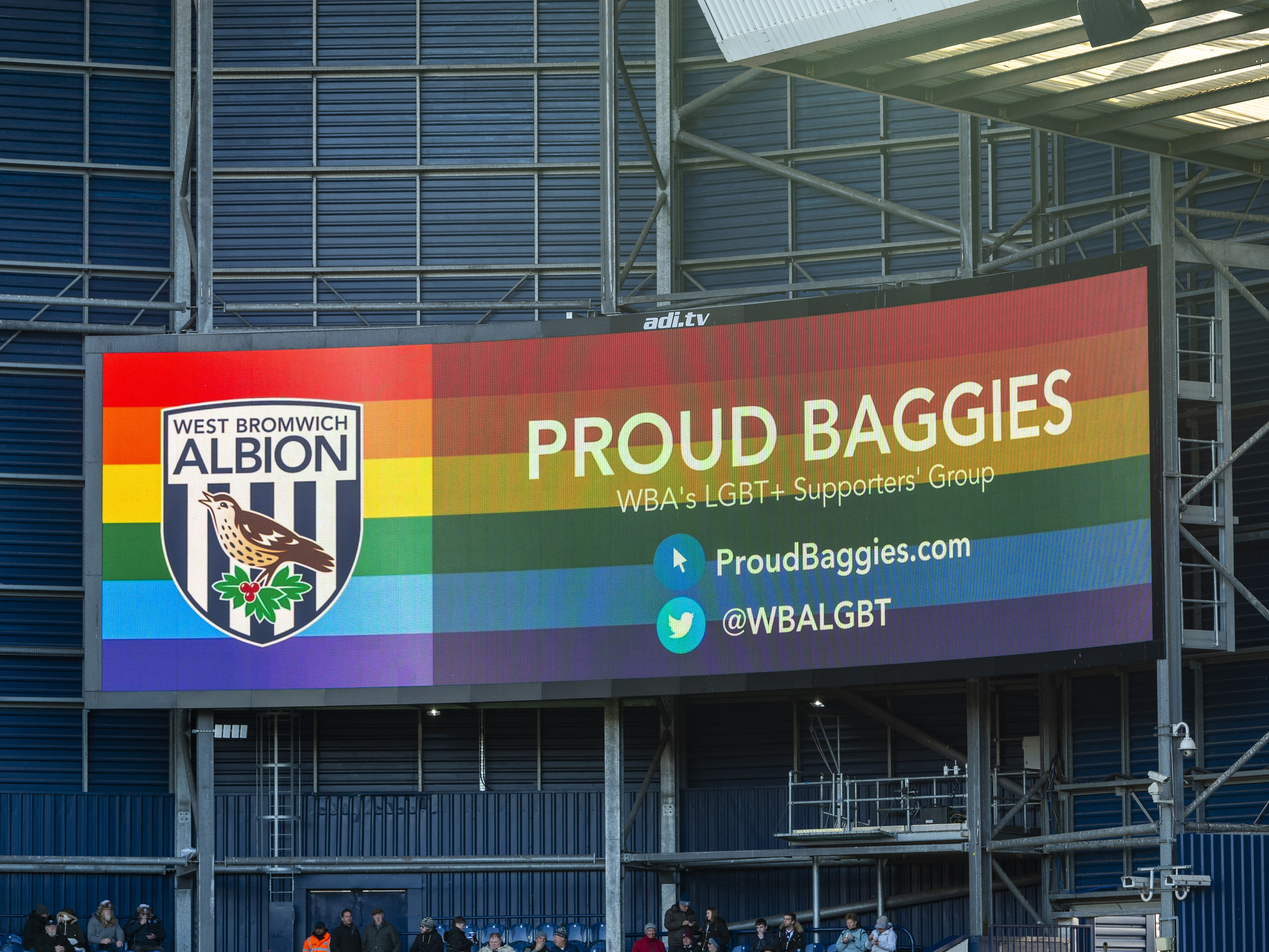 The global movement raises awareness of LGBTQ+ equality and this year aims to ‘Lace Up and Speak Up’ in the hope every conversation will take them one step closer to their ambition of making football everyone’s game.

A series of initiatives have been lined up to celebrate and embrace the diversity of the Albion fanbase for the Forest fixture with Proud Baggies – the club’s award-winning LGBTQ+ supporters’ group – again leading the way in ensuring The Hawthorns is a safe environment for all.

The Albion squad will warm-up in shirts profiling the Profile Baggies logo and the captain will wear a rainbow armband – with the Hawthorns’ corner flags also donning a rainbow for the afternoon.

Keep an eye out for Darnell Furlong’s long-throws too, as he’ll be using special rainbow towels to dry the ball pitchside.

Special profile pictures supporting Stonewall’s campaign will be used across the Baggies’ social media channels and the cover of the matchday programme, Albion News, will feature a rainbow effect, as well as an article on Proud Baggies.

Albion urge supporters to report all forms of discrimination to their nearest steward or by calling the club’s dedicated hotline on 07929 221878.

Albion remain committed to equality, diversity and inclusion. The club seeks to confront and eliminate all forms of discrimination, whether by reason of race, colour, nationality, religion or belief, sex, sexual orientation, marital status, age, ethnic and national origin, disability or gender reassignment.