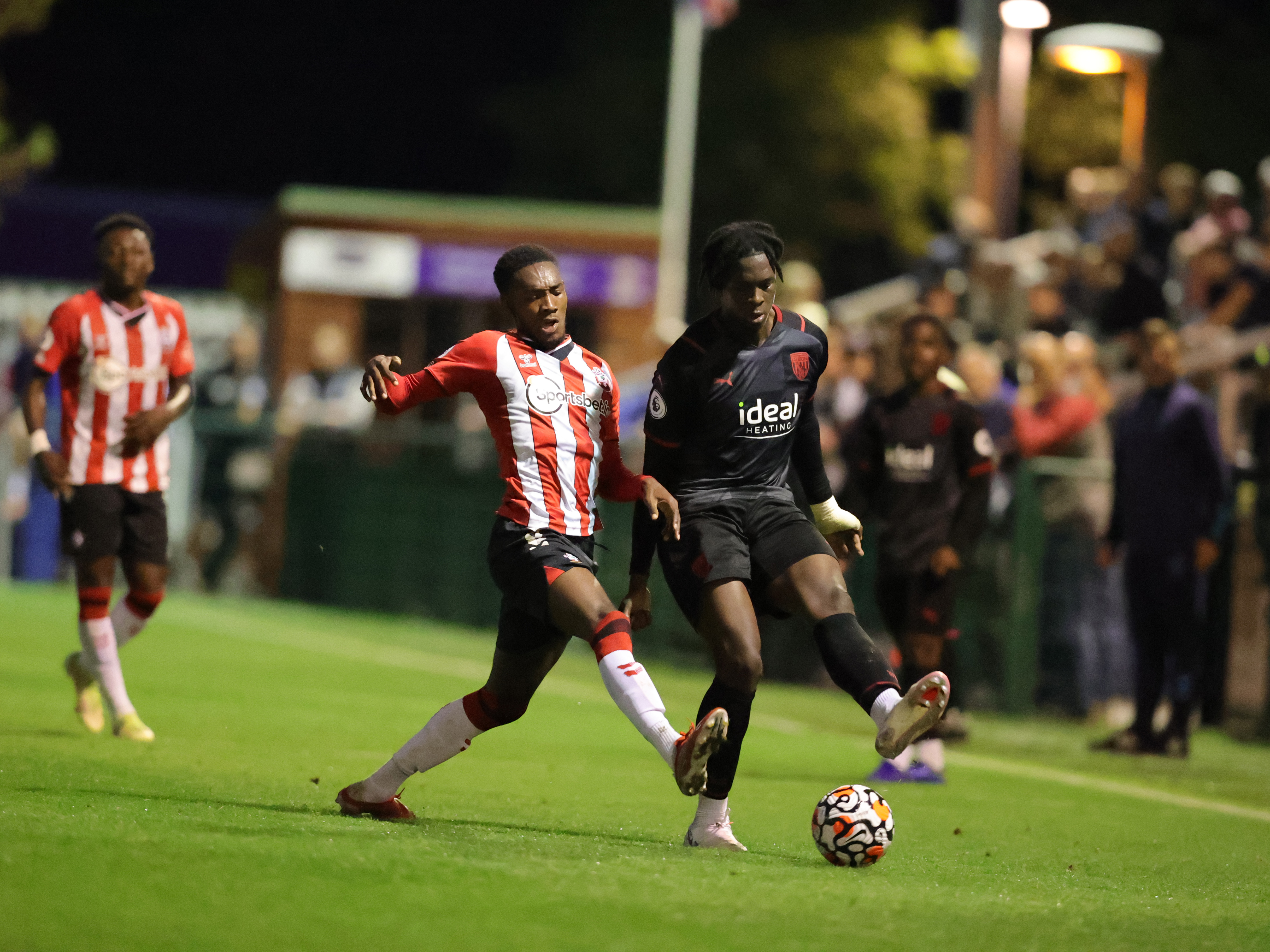 Albion’s PL2 side cruised to an impressive 6-0 win against Southampton on Thursday evening at Snows Stadium.

Rico Richards and Quevin Castro gave the young Baggies a 2-0 lead at the break, before Richard Beale’s side took total control of proceedings after half-time.

Southampton began the evening looking for long balls over the top, but were soon made to pay when a fast counter-attack allowed Tom Fellows to cross down the left, and attacker Richards was happy to oblige as he guided the ball under Ollie Wright to make it 1-0.

A scrappy first 45 minutes followed Albion’s opening goal, but midfielder Castro ensured the visitors had breathing space just before the interval, as he curled a wonderful free-kick into the top corner to double the advantage.

Intensity didn’t drop in the second half, and the Baggies were given an opportunity to extend their lead further when good dribbling from Windsor saw a Saints defender trip him in the box. The referee awarded a penalty, and Andrews delivered with a powerful shot down the middle to make it 3-0.

But Albion weren’t done there and just minutes after stepping onto the field off the bench, forward Faal pounced on hesitant Saints defending to smash in a fourth.

Windsor’s spectacular volley into the top corner from a set-piece made it 5-0, and Faal was slid in during the closing stages to net his second and Albion’s sixth of the night, rounding off a ruthless display from the youngsters.