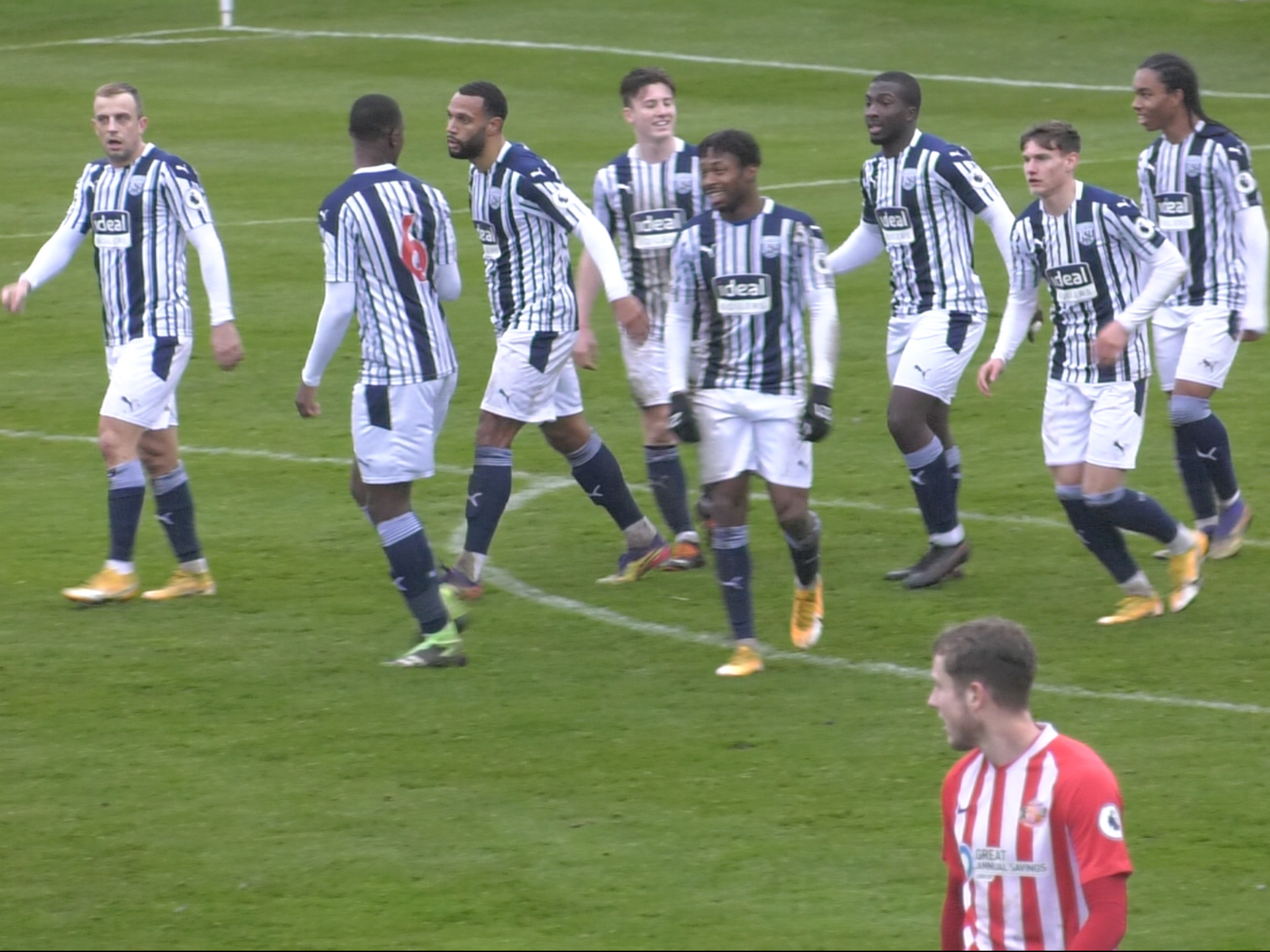 Despite Mitch Curry giving the away side a first-half lead, Albion hit back through Grosicki's close-range finish to go in level at the interval.

The Baggies made their dominance count in the second half when the Poland international netted his second after latching onto Charlie Austin’s flick-on.

Black Cats defender Ryan Wombwell was dismissed for a second yellow before substitute Cheikh Diaby netted Albion’s third to make sure of the points with a close-range finish.

Albion gave game-time to five first-team players as Austin, Grosicki, Matt Phillips, Kyle Edwards and Rekeem Harper were given starts and it was Phillips who came close to opening the contest for Deon Burton’s side after just 10 minutes.

The Scottish midfielder got in a great position after rounding Sunderland stopper Anthony Patterson, but a heavy touch took him away from goal and the visitors were able to clear.

Midfielder Rekeem Harper was the next to test Sunderland's resolve when he made some space to meet a Grosicki corner. Unfortunately, his header lacked power and Patterson was able to gather the effort.

Despite the Baggies creating more in the opening stages, it was the visitors who took the lead after a quick counter-attack ended with a one-two being played into the path of striker Curry who managed to squeeze the ball under Sam French.

Albion continued their dominance on proceedings and nearly equalised when Phillips’ long-range effort had to be palmed over.

Grosicki tried his luck as he saw a curling effort loop onto the bar, but he wasn't to be denied as minutes later the Pole took the opportunity to equalise.

Good build-up down the right ended with Aksum White finding Edwards, who in-turn fed an unmarked Grosicki and the attacker made no mistake placing the ball into the corner to send the sides in level at half time.

Much like the first half, Albion started the second 45 on the front foot and turned the game around when a chipped ball from George Harmon was headed on by Austin into the path of the onrushing Grosicki, who took a touch before prodding the ball under the keeper to put the Baggies in front.

Burton’s side didn’t relent after taking the lead and continued their search for more goals and their quick one-touch play resulted in Sunderland being reduced to 10 men with less than 20 minutes to play.

Harmon and Grosicki linked up to good effect as the Polish attacker laid the ball into the full-back’s feet and after receiving a booking early into the second half, Wombwell was dismissed after tripping Harmon on the edge of the box.

Grosicki pursued his hat-trick and came close with a free-kick shortly after Harper had curled an effort into Patterson’s gloves. However, it was substitute Cheikh Diaby who rounded off the contest with his second goal in two PL2 games.

Quick passing from the right caught the Black Cats out as Albion found space on the edge of the box for Edwards to slot in Diaby, and the striker calmly netted the third goal just moments after replacing Austin as the Baggies moved up to fourth in the Premier League 2 Division 2 table.