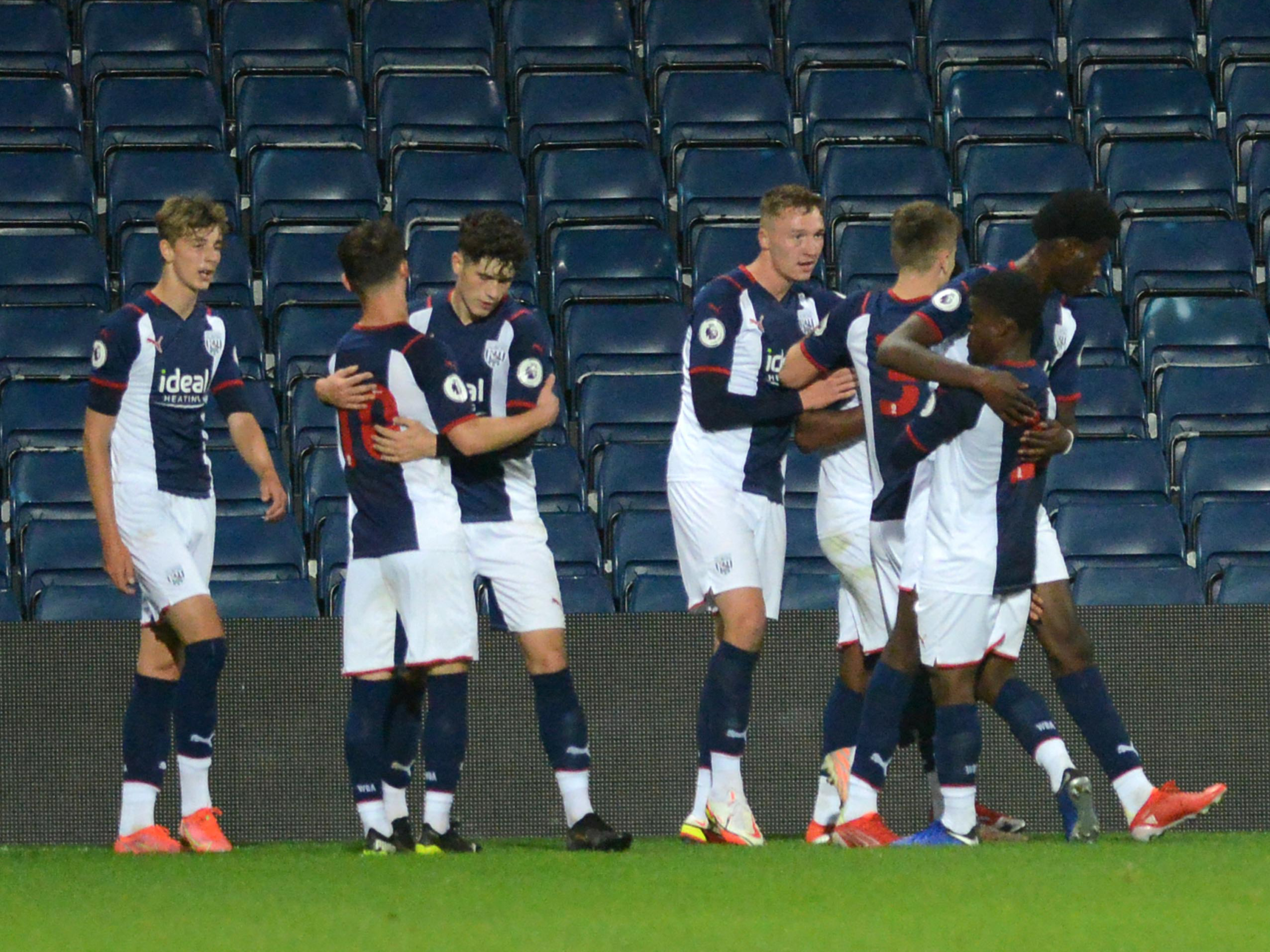 Jovan Malcolm scored the winning goal as Albion’s PL2 side twice came from behind to secure all three points against Birmingham City at The Hawthorns on Wednesday night.

The visitors took an lead early in the first half through Leo Dos Reis, but Rico Richards’ looping effort levelled the scores at half-time.

Blues took the lead again thanks to Keke Simmonds second-half strike, but efforts from Mo Faal and Malcolm turned the game in the Baggies’ favour and helped secure their second win of the season.

The hosts exhibited their pressing style from the first minute with Rico Richards making a number of positive, direct runs and Owen Windsor’s closing down saw him miss a good chance from close range.

But it was the Blues who seized the initiative inside five minutes when right wing-back Kyle Hurst went unchallenged down the flank before delivering an inviting ball behind the Baggies’ back-three, leaving striker Dos Reis the easy task of poking the ball under Mac Chisholm.

The visitors came close to scoring again soon after when they won a penalty. Left wing-back Juan Castillo latched onto another cross-field ball which Baggies stopper Chisholm couldn’t reach in time, taking out the Birmingham defender in the process.

The referee pointed to the spot and first-team player Jordan Graham took on the responsibility from the spot. But Chisholm made amends by guessing right and palming the attacker’s powerful penalty around the post.

Albion were energised by Chisholm’s save and found a deserved equaliser on the stroke of half-time. King controlled a fast-paced ball well before looping it over the Birmingham defence and into Richards’ path, allowing him to chip over experienced stopper Neil Etheridge and send the Baggies in level at the break.

The home side continued their dominance after the interval, but the away side restored their lead when Graham was played through on goal with Chisholm, hit the post and although the following rebound also struck the framework, Simmonds was in the right place to smash the third diversion into the net.

A super save from Chisholm stopped a third Blues goal when Graham curled a testing effort towards the far corner, before Albion levelled the game once again through substitute Faal.

Following his maiden first-team appearance off the bench against Premier League side Arsenal on Wednesday, the towering forward enjoyed another positive moment when he ghosted behind Birmingham’s defence to direct a curling Andrews free-kick past Etheridge.

Not long after the second equaliser, Albion turned the game on its head when Faal excellently stole the ball before driving forward, passed into Malcolm’s path, and the pacy striker did the rest by hitting a powerful left-foot shot into the bottom corner to seal a hard-fought win for the young Baggies.