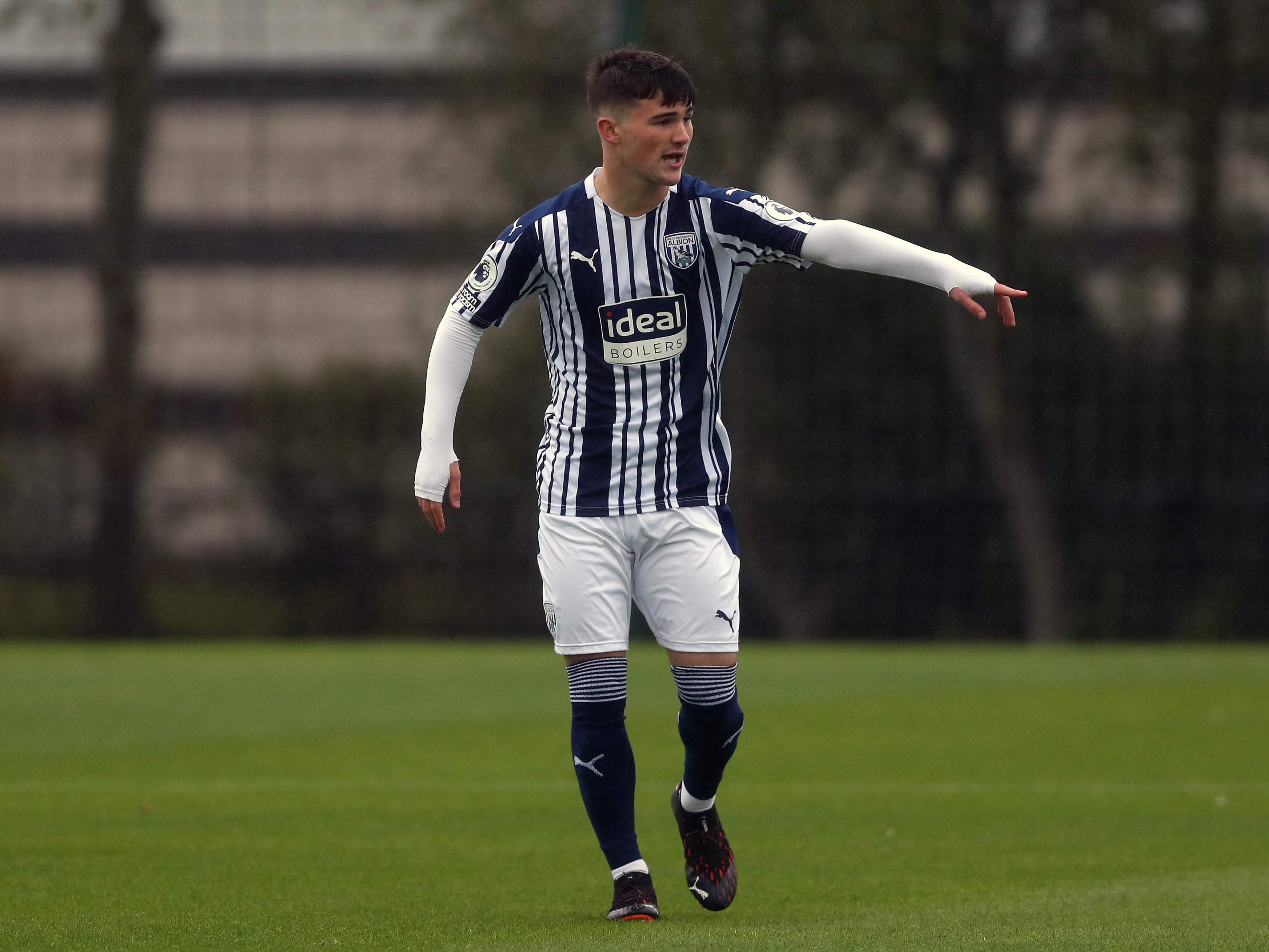 Albion were edged out by two first-half strikes from Connor Wickham as Crystal Palace secured all three points in afternoon’s PL2 clash at Birmingham County FA.

Deon Burton’s side took the lead through a smart finish from trialist following good work by Kyle Edwards to find him in space for a shot on goal.

But two close-range finishes from Wickham ensured they returned to the capital victorious.

The Baggies created numerous opportunities throughout the game as Jamie Soule and Cheikh Diaby enjoyed exploiting the space behind Palace’s back-line.

And it was from those balls round the back of the visitors’ defence that Albion took the lead from. Edwards fought to win back possession in the corner before passing to the edge of the box, as he set up trialist who curled a low finish beyond Palace keeper Ollie Webber.

But as the Baggies found space through balls over the top, as did the visitors and they equalised just nine minutes later when Burton’s men failed to clear a deep free-kick, which allowed Wickham to latch onto the loose ball and poke beyond the onrushing Ted Cann to level the contest.

Like last week’s game against Leeds United, Albion found themselves on the wrong end of a penalty decision when minimal contact sent down Wickham in the area - giving the referee no choice as he pointed to the spot.

Although Baggies stopper Cann guessed the right way, Wickham stepped up and struck powerfully beyond his grasp to turn the game in Palace’s favour.

But Albion still managed to work their way into the visitors’ area and a good burst into the box from trialist presented a quick snap-shot for Zak Brown just yards away from the target. However, he couldn’t quite sneak his effort in as the away side got men behind the ball to ensure the Baggies went in trailing at the interval.

The second half presented few openings for the visitors, with the Baggies enjoying the better of the chances as they continued to battle in search of an equaliser.

Wickham came close to sealing his hat-trick when a long ball dropped kindly to him in the box, but Cann made the angle difficult meaning he could only hit the post as Albion took the game to Palace in the remaining minutes.

Brown guided a left-footed shot over the bar after substitute Owen Windsor had found him in space on the edge of the box before another introduction off the bench, Finley Thorndike, weaved his way into the area as he seeked an opening. But after twisting and turning to work space for a shot, his rasping effort was blocked at the near post.

And Albion thought their equaliser had come when an Eagles clearance hit a fellow defender’s back before ricocheting into the path of Edwards just outside the 18-yard-box.

Having had a shot moments earlier which went over the bar, Edwards elected to pass to Windsor inside the box.

Although the striker’s effort was blocked, Edwards pounced on the loose ball as he tried his luck from the follow-up. But unfortunately, the attackers’ volley hit the side-netting as the Baggies failed to make their late pressure count.