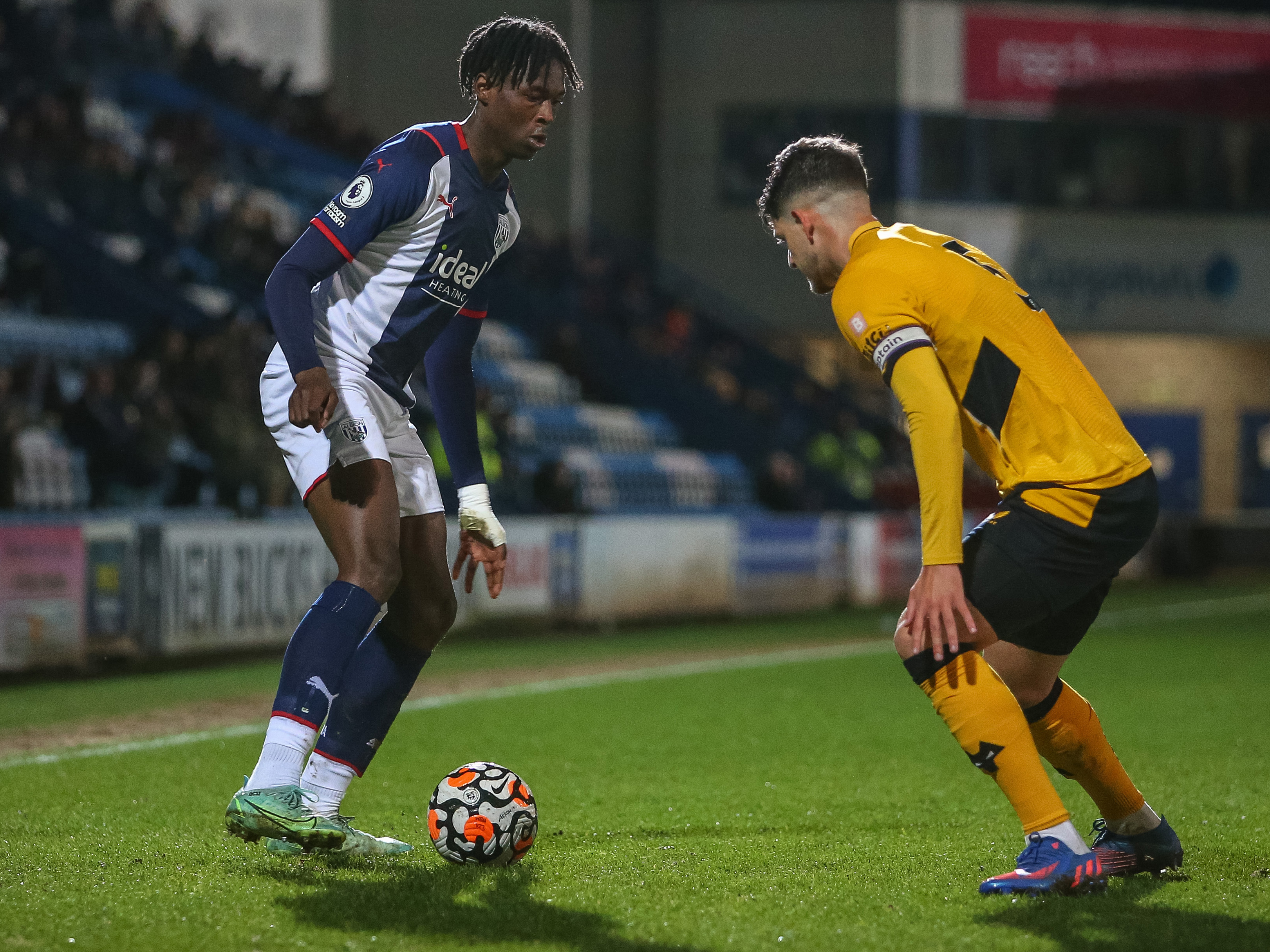 Albion's PL2 side fell to defeat against Wolverhampton Wanderers at the New Bucks Head on Monday night.

Lee Harkin's double, either side of Christian Marques' low effort, put the visitors in a comfortable position going into the final stages of the game.

The Baggies had shown consistency during the first half of matches in Telford this season, but they didn't benefit from home advantage during the early stages of this Black Country derby.

Although Tom Fellows forced Wanderers stopper Andreas Sondergaard into a desperate early save the visitors threatened regularly during the first 45, courtesy of several lengthy spells of possession.

Chem Campbell headed a good chance wide when granted space in the box and Hugo Bueno lashed a great opening past the post after cutting into the box from the left.

But Wolves wouldn’t be denied a deserved first-half lead when Campbell’s low free-kick was spilled by Cann, and Harkin followed in to poke home the decisive goal going in at the break.

Buoyed by their opener, Wolves reaffirmed their grip on proceedings when Dexter Lembikisa’s close-range shot was saved by Cann before the rebound was hooked off the line by a retreating Fellows.

And it was a sign of things to come as defender Marques doubled the visitors’ lead - firing in after a delivery into the box had caused problems for the hosts.

It could've been three for Wanderers had Toti Gomes not skied a glorious pull back inside the area, and Lembikisa's powerful strike across goal hit the crossbar.

But Harkin would increase the difference between the sides to make it 3-0 - finishing from a matter of yards - before Hodge ensured the points went back to Molineux by adding a fourth and making it a night to forget for the young Baggies.