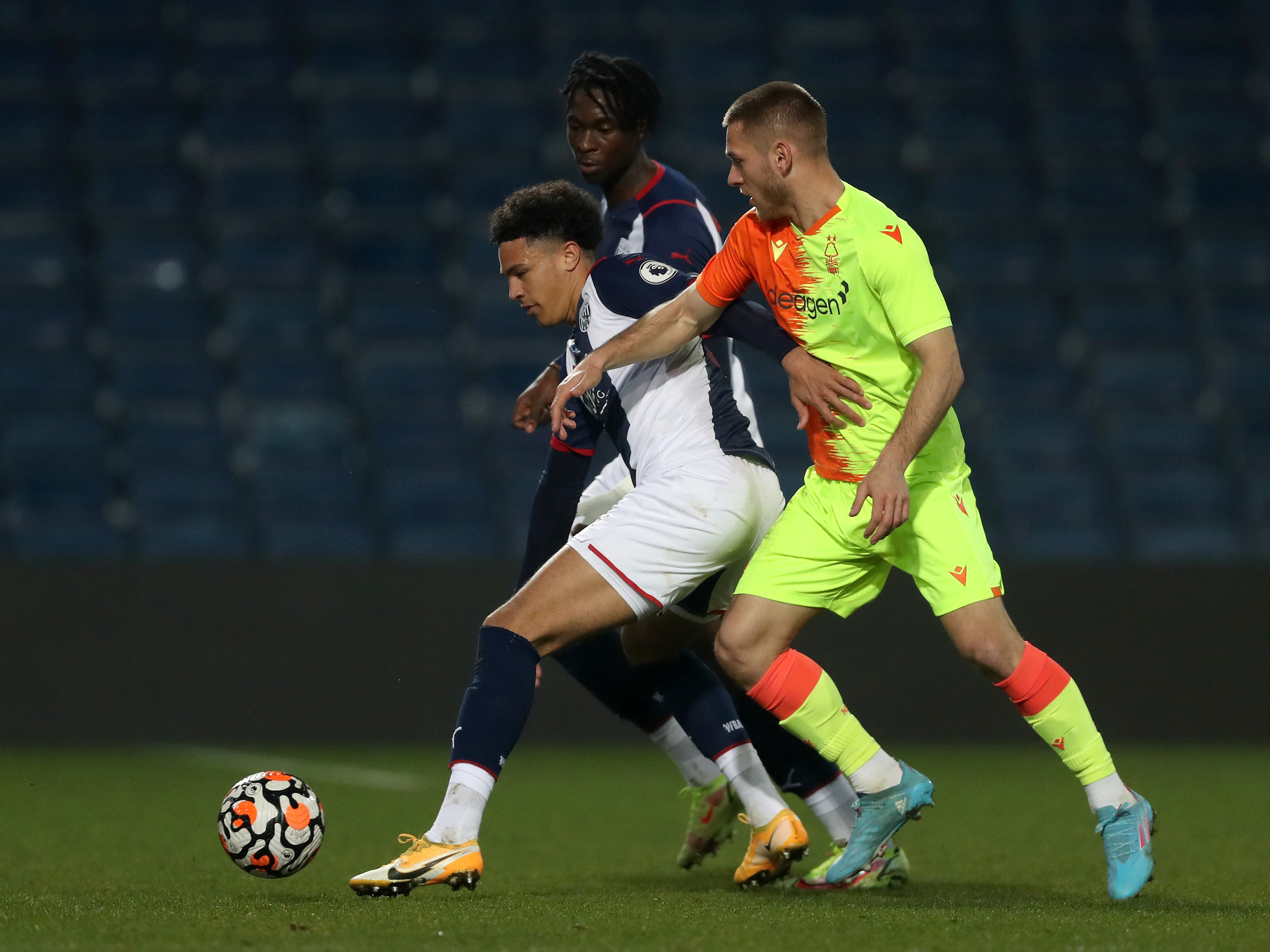 Albion's PL2 side fell to a heavy defeat against Nottingham Forest at The Hawthorns on Monday night.

First-half goals from Ateef Konate and Alex Gibson-Hammond gave the visitors breathing space at the break, and Billy Fewster, Lewis Salmon and Will Swan provided further efforts in the second 45 to condemn the young Baggies to consecutive home losses.

Richard Beale's men failed to match the intensity set by the visitors, and paid the full price for it going in at the interval.

Jovan Malcolm had a chance to take a menacing counter to Albion’s opponents and Reyes Cleary saw a tame shot easily held, but the hosts had no key chances to speak of during the half.

Forest found joy down the right flank and took full advantage on two occasions. Firstly, a cross-field ball was pounced on by right-back Fin Back, leaving him the simple task of cutting across the face for Konate to tap in the opener.

Before things got worse for Beale’s side, when Andy Reid’s youngsters repeated the trick moments before the half-time whistle - this time Gibson-Hammond finding himself in the right place to convert and give the visitors a two-goal cushion at the end of the first 45.

Things didn’t change after the break and the away side benefitted once more, this time Fewster finishing well to make it 3-0 following a mazy run past the Albion defence moments before.

Cleary and Richards combined well to put the former in behind the Forest defence as the Baggies looked to respond, but George Shelvey was alive to the situation to save a certain goal for the home side.

But it should’ve been the visitors expanding their lead further - Julian Larsson rattling the post after splitting the home side’s defence clean open.

Tom Fellows forced a scramble in the Forest penalty area after being given time to get into the box and skipper Caleb Taylor headed a great delivery over as the hosts looked to offer a response.

Still, the away side would compound further misery on Albion when Salmon and Swan comfortably found the net to round off a night to forget for Beale’s youngsters.