Albion bow out of Carabao Cup against Arsenal 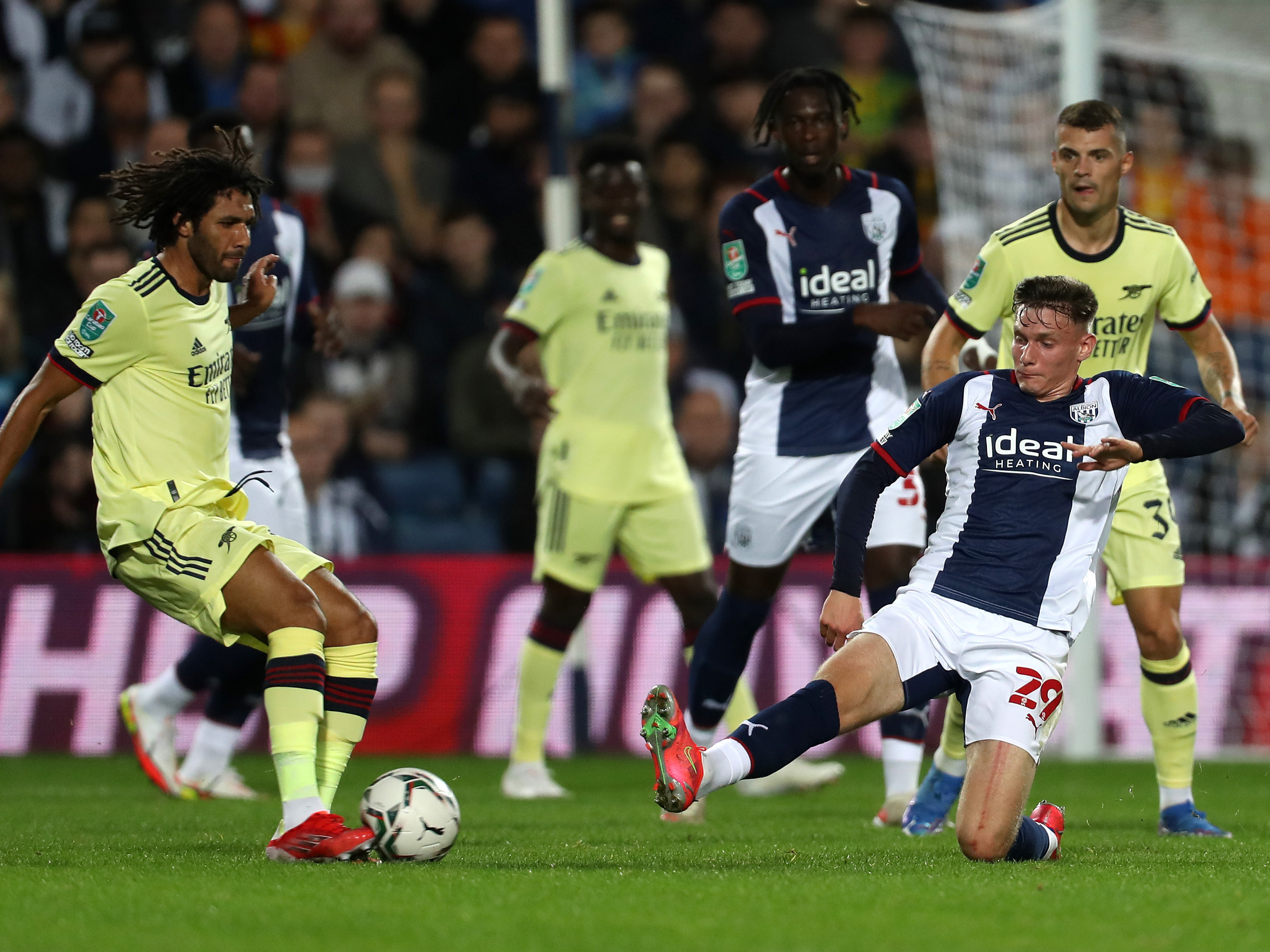 A young Albion XI were beaten 6-0 by Arsenal in the Carabao Cup Second Round on Wednesday night.

Despite a valiant first-half effort from Valérien Ismaël’s team, the Gunners led comfortably at the break thanks to Pierre-Emerick Aubameyang’s brace and a Nicolas Pepe goal.

Bukayo Saka and Alexandre Lacazette then netted either side of Aubameyang completing his hat-trick to ensure they made it through to the competition’s next stage.

In total nine Baggies made their debuts throughout the evening – six in the starting XI and three from the bench.

The boss made 11 changes to his line-up at The Hawthorns, handing debuts to Alex Palmer, Caleb Taylor, Ethan Ingram, Quevin Castro, Tom Fellows and Taylor Gardner-Hickman – with the latter replacing Rayhaan Tulloch shortly before kick-off.

And it was Albion who created the first couple of chances as Tom Fellows forced Aaron Ramsdale into a good save and Adam Reach side-footed wide.

But on 17 minutes Arsenal went in front through Aubameyang, the Gabon international converting from close-range after Alex Palmer stopped Saka’s initial shot.

The inexperienced hosts held their own against their Premier League opponents for the majority of the half until, just ahead of half-time, Aubameyang netted another rebound for his second.

Harshly, they scored again in first period stoppage time when Pepe tapped home at the back post to make it 3-0.

Any chance of a comeback was quickly dashed on 50 minutes – Saka finishing off a slick move for Arsenal’s fourth of the night.

Kenneth Zohore and Gardner-Hickman both saw attempts denied by Ramsdale as Albion continued to push forward, yet Arsenal managed to notch twice more midway through the second-half.

Aubameyang grabbed his third with a curler before substitute Lacazette rounded-off the result – a bright spot for Albion being Mo Faal, Toby King and Rico Richards all coming on to make their Albion debuts in the final 30 minutes.