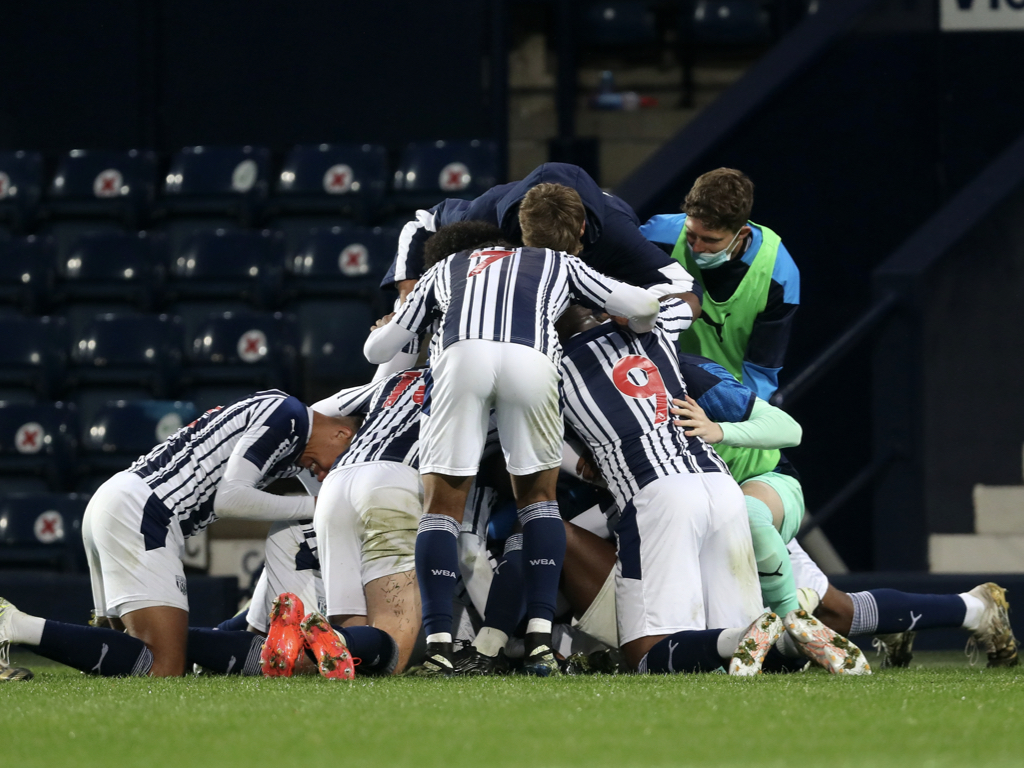 Albion Under-18s came from behind to beat Everton 2-1 in a thrilling FA Youth Cup quarter-final at The Hawthorns on Tuesday night.

After a goalless opening hour Stanley Mills broke the deadlock for the visitors, but the young Baggies came roaring back thanks to Rico Richards’ rebound and a superb Zac Ashworth strike.

The victory sets up a local derby against Aston Villa in the last four as Peter Gilbert’s side search for a place in the final for the first time in almost 50 years.

Everton started strongly and created a number of good chances to take the lead - Sean McAllister and Charlie Whitaker seeing efforts deflected wide and Elijah Campbell volleying over from close-range.

However the Baggies grew into the clash and could have opened the scoring themselves, Jovan Malcolm heading straight at goalkeeper Zan-Luk Leban following great work by Ethan Ingram down the right.

Malcolm tested Leban twice more while Albion ramped up the pressure, with the Toffees shot-stopper also producing a fingertip save to deny Richards’ long-ranger, however the sides went into the break level.

Gilbert’s youngsters began the second period as they finished the first, Tim Iroegbunam and Malcolm striking decent opportunities off-target, and Everton’s McAllister was denied by Caleb Taylor’s brave block down the other end.

Yet it was the away team who edged ahead just after the hour mark when Mills hammered home a cross to the back post.

The Baggies responded instantly, though, thanks to Richards’ powerful finish in front of the Birmingham Road End.

And Albion completed the turnaround with a stunner - the ball falling to Ashworth outside the area and the full-back smashing a low shot into the bottom corner, sparking great scenes of celebration.

There were nervy moments late on, most notably Thierry Small whistling one wide during four minutes of stoppage time, but they held firm to secure the triumph and a spot in the semi-finals.