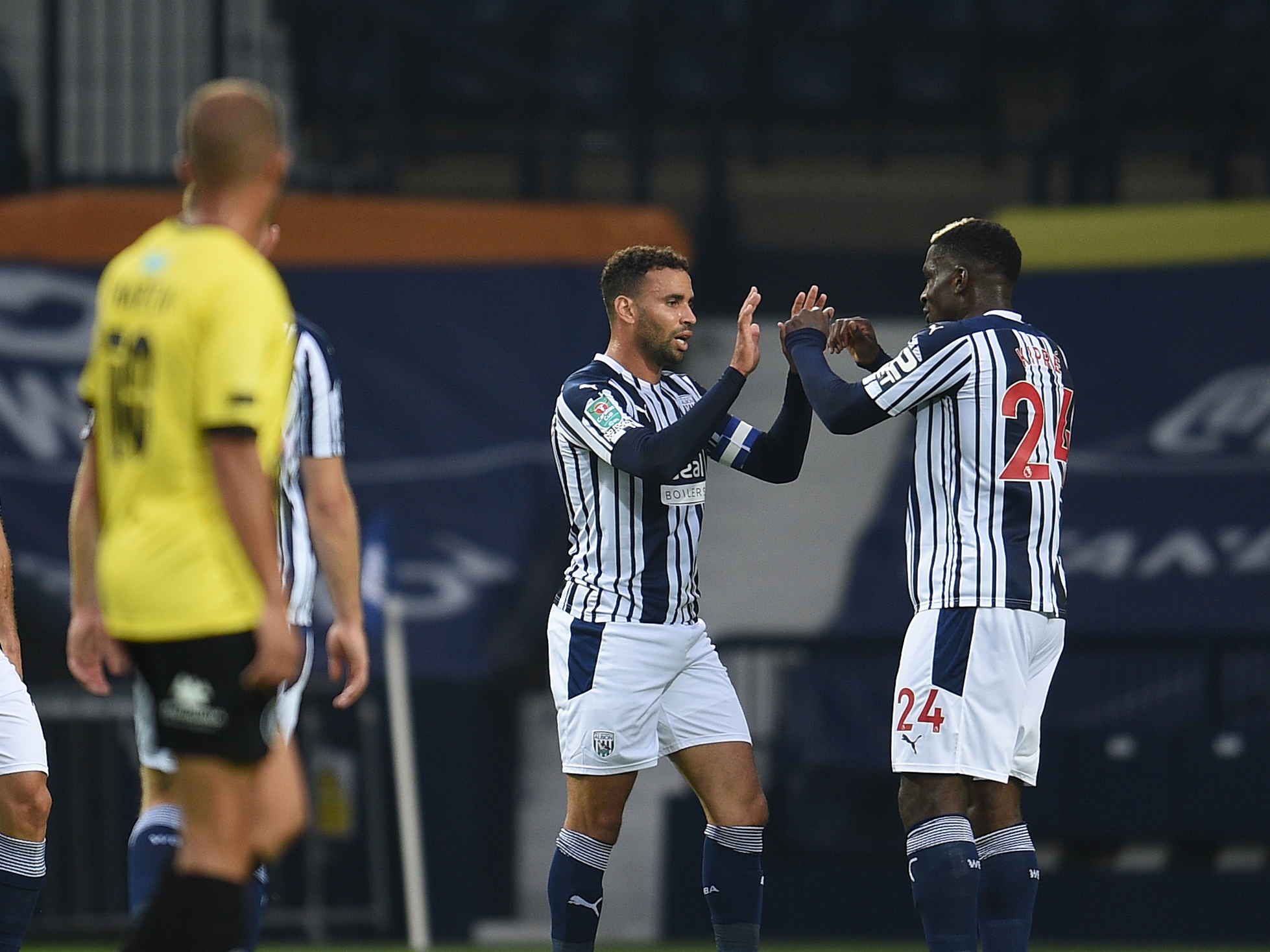 Albion comfortably progressed to the third round of the Carabao Cup after beating Sky Bet League Two side Harrogate Town 3-0 at The Hawthorns on Wednesday evening.

Early goals from Rekeem Harper and Hal Robson-Kanu, before a second-half strike from Callum Robinson on the first-ever meeting between the two sides means the Baggies will now host Southampton or Brentford in the third round of the competition.

Slaven Bilić handed debuts to David Button, Lee Peltier and Cédric Kipré against Harrogate. The former Wigan defender had Dara O’Shea as a partner in central defence, while Conor Townsend started on the left side of the Albion backline.

Kyle Edwards and Kamil Grosicki took either flank in midfield, with Sam Field and Harper in central midfield while up front Slaven opted for Charlie Austin and Robson-Kanu.

O’Shea had Albion’s first opportunity of the evening just before the 20-minute mark. The Irish defender latched onto a Kipré header following a Grosicki corner, but he could only slice a volley wide.

However, Bilić’s men were ahead moments later. Harper turned neatly before unleashing a low strike into the corner from distance to hand the home side the advantage.

Grosicki went close next when played through on goal but his effort was stopped by the outstretched arm of Joe Cracknell in the Harrogate net.

On 23, Albion doubled their lead. Hal Robson-Kanu received the ball 25 yards out. The Baggies forward made space for himself and sent a spectacular curling shot into the top corner of the net.

Albion’s new shot-stopper David Button was called into action just before the half-hour mark when he skilfully clawed a Mark Beck header away from goal, as Harrogate created their first opening of the evening.

Grosicki again went close for the Baggies, fizzing a free-kick just wide of the post on 35.

Shortly after the interval, the hosts nearly had a third. Robson-Kanu released Edwards out wide, and the Academy graduate whipped a cross which narrowly evaded Robson-Kanu and Austin - with any touch more than likely resulting in a goal.

In the 67th minute, Edwards slipped substitute Matt Phillips through on goal. Albion’s No.10 chopped back and found Austin unmarked. Yet with the goal gaping, a last-ditch clearance by a Harrogate man prevented the Baggies striker’s low side-footed effort.

The two would combine again minutes later. Austin hooked a brilliant ball with the outside of his boot over the top of the visitors’ backline, but Phillips’ shot was blocked and turned over the bar for a corner.

Substitute Robinson tucked home Albion’s third from close range in the 77th minute to secure the victory after some brilliant footwork from Edwards on the byline.

Bilić's men will return to Premier League action for their next test, as they face Everton at Goodison Park on Saturday.