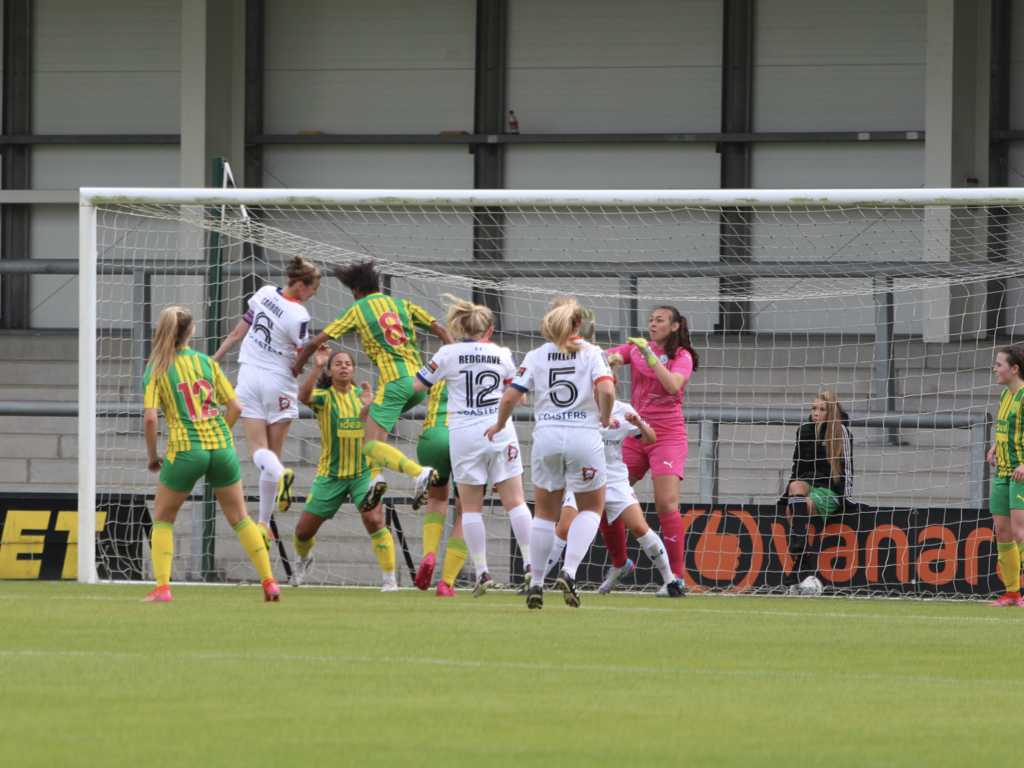 AFC Fylde netted four second-half goals to condemn Albion Women to defeat in the opening game of their season on Sunday.

Summer signings Ashlee Brown, Leanne Robinson and Jannelle Straker all came in for their competitive debuts while Abi Loydon was handed her maiden league start after moving up from the Under-16s earlier this year.

There was little to separate the sides early on, though Evie Gallop was forced off following an awkward fall. She made way for Emma Congrave, who was introduced for her first league appearance.

Shortly into the second period Albion had to make another substitution, this time with Hannah Baines going down. Mariam Mahmood, another young prospect from the Development Team, came on in her place for her first competitive senior minutes.

The hosts broke the deadlock soon after the Baggies change. Jenna Carroll rose highest to meet Laura Merrin’s free-kick, whipped in from the right corner flag, to power the ball into the top corner.

Just ahead of the hour mark the home side made it two as Jess Holbrook slipped Beth Donoghue through to fire a low shot past Poppy Bastock.

And Fylde’s third followed five minutes later. Beth Donoghue was tripped inside the area to win a penalty, which was cooly dispatched by her striker partner Jodie Redgrave.

Congrave had Albion’s most notable chance of the game. Side stepping her marker on the edge of the box, her long-range effort travelled just wide of the post.

But The Coasters capped off the scoring in the dying seconds. Redgrave played a neat one-two with Holbrook before sliding home a few yards from goal.

Commenting on the performance, Lawrence said: “Today was a really tough game against a good quality side. We expect Fylde to have a very good season.

“There were some things that we needed to do better when in and out of possession, but we were missing a number of key personnel.

“We’ll be working to get those players back to full health and ready for our upcoming games.”