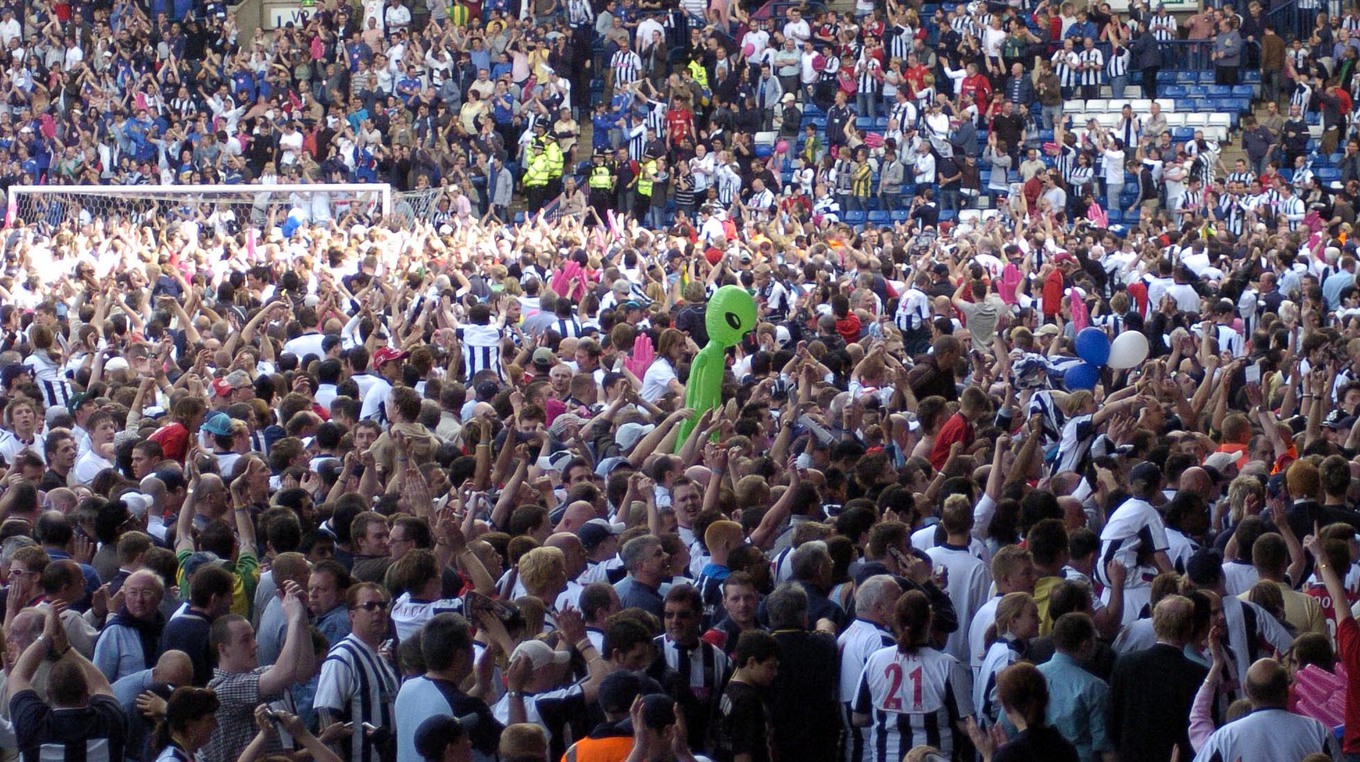 “The cheers have gone around The Hawthorns and the news has come through - Bryan Robson’s Baggies are staying in the Premiership. Bottom of the table at the start of the day, bottom at Christmas, the curse is over. This is what the dream was about.”

Bottom of the league, a perilous position to be in at any time of the year let alone on Christmas Day. This was the case for Albion in 2004 and despite being in a position no team had ever recovered from in Premier League history, Bryan Robson’s men produced a historic display at The Hawthorns on the final day…

Albion sat rock-bottom of the table on 31 points, their chances of survival hanging by a thread and the only chance of top-flight football being played at The Hawthorns the next season was for the impossible to occur - the sides above them; Crystal Palace, Southampton and Norwich could not win their final games.

It seemed impossible. Norwich were just above the drop-zone and were in pole position on 33 points with Southampton and Crystal Palace bearing down on them in the other relegation spots, both on 32 points. Albion needed to win their game against Portsmouth at all costs. A miracle was needed but it was a day which defied the odds.

Pompey were already safe when they travelled to The Hawthorns in May and after a goalless first half, Bryan Robson’s team-talk at the interval clearly did the trick as strikes from Geoff Horsfield and Kieran Richardson won Albion the game. As the final whistle blew, the Baggies had done all they could and a nail-biting wait to find out their fate ensued.

After a lengthy wait for the results from fellow relegation strugglers to be confirmed, the unthinkable had been achieved. West Bromwich Albion, the side bottom of the league at the start of the day had secured their status among England’s elite for another year. The Baggies became the first side in Premier League history to achieve the feat, and only Sunderland and Leicester have repeated the achievement since.

Norwich and Southampton were defeated and Crystal Palace’s stalemate away at Charlton was the final piece in the jigsaw. The Great Escape was sealed.

Gary Megson was the manager at the beginning of the campaign and his influence had been pivotal to Albion’s place in the Premier League for the 2004/05 season after succeeding in a series of promotion battles to get Albion back in the top-flight.

But their return to the Premier League was not an enjoyable one and Megson was dismissed in October following a 3-0 defeat to Crystal Palace. From November onwards, Bryan Robson was given what seemed like the impossible task of avoiding relegation.

Even though the Baggies had only managed to add 10 points to the board by Christmas Day the new year provided fresh optimism. Derby-day joy against Birmingham as well as a convincing 4-1 victory over Charlton in March meant the Baggies’ hunt for survival was looking more realistic heading into the business end of the season.

A home defeat to Arsenal in May cast doubt on Albion’s ability to preserve their top-flight status but a resilient display at Old Trafford saw Robert Earnshaw salvage an unlikely point against Manchester United to put the Baggies in with a chance of pulling off the greatest of escapes going into the final day of the season with Portsmouth.

Horsfield and Richardson were the heroes but Bryan Robson had worked a masterclass. It was a feeling he described as “one of the best” moments in his football career.