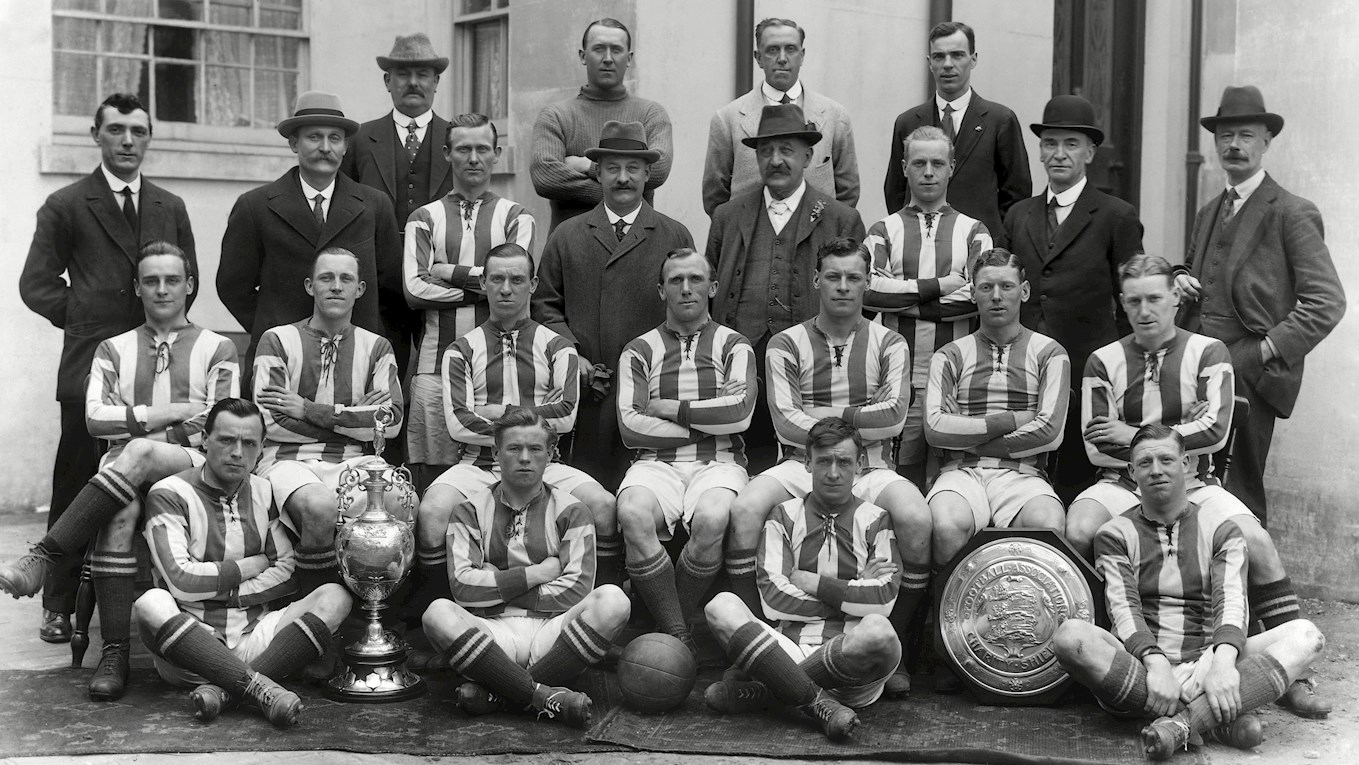 On this day 100 years ago, the Throstles were duly crowned champions of the old First Division for the first, and only, time.

Not only did we win the league in 1919/20, we did it in what, up to then, was the most impressive style in history, destroying the rest of the division and having the championship all but sewn up long before season’s end.

Albion’s opponents during that campaign struggled to handle our bewildering mixture of pace, solidity, youth and experience which saw us scoring goals, almost at will, while rarely surrendering any at the opposite end.

Yes, that Albion team was not just one of the greatest in our history, but in all of English football.

We had been following their game-by-game progress to the title in this season’s “Albion News” but the pandemic abruptly ended our special “time trail” series so allow us to recap on what remains one of the cornerstone moments in the Club’s long and proud history.

Things came together for the Albion at the most auspicious of times, for the world was recovering from the carnage of the Great War and, back in Blighty, the return of proper league football for the 1919/20 campaign was a blessed relief, the game bringing with it the longed-for sense of normality returning.

The season progressed largely as a series of match pairings, playing each opponent home and away before moving onto the next. Be it at The Hawthorns or on their travels, it all came pretty much the same to the Throstles, our attacking style meaning we had no need for draws – we didn’t have one until the 30th game of the season.

On our day, we scored goals as though they were going out of fashion, thrashing teams left, right and centre. We scored three against Newcastle and Oldham, put five and four past Everton, four in the nets of Bradford City, Aston Villa and Bolton Wanderers, then beat Notts County 8-0. Fred Morris became the first Albion man to score five in a league game on that occasion.

Morris was the man who took the attention and the plaudits with some hugely impressive goalscoring feats through Albion’s storming start to the season. But equally, much of the success was built upon a granite-like rearguard featuring England full-backs Joe Smith and the legendary Jesse Pennington, a contender for the crown as Albion’s finest ever footballer.

In goal, Hubert Pearson continued to be the safest of hands, missing out on an England cap through injury. Then there was Sid Bowser, one -ime goalscorer converted to centre-half following the war, still able to trouble goalkeepers from the penalty spot when the opportunity arose – he became the first Albion defender to score a hat-trick when he banged in three, two of them penalties, against Bradford City in a 4-1 win.

As they reached December, Albion really hit their stride, breaking the back of the opposition with nine wins in 10 games stretching into the new year. There was talk of the double when the FA Cup came around in January, especially when we were drawn at home to Barnsley, but they maintained their cup hoodoo over us, the 1-0 Hawthorns defeat the only real blot on the Albion’s copybook.

Normal service was resumed in the First Division in February as we embarked on another stunning run, collecting 18 points out of 22, culminating in a 3-1 Hawthorns win over Bradford Park Avenue on April 10th, 1920 - the day that Albion clinched the league title with four games to spare, the challengers trailing far in our wake.

The inevitable lessening in focus that followed meant we took just four points from those final four games, signing off with a 4-0 win over third placed Chelsea on May 1st, but such had been our dominance, records tumbled everywhere.

Fred Morris scored 37 league goals, the first Albion man ever to top the 30-goal mark in a season, heading the First Division’s scoring charts too. We equaled the club record of nine doubles in a season. Our 60 points was the highest ever tally by anyone, as was our haul of 104 goals and 28 victories. Ten defeats meant we weren’t quite invincible, but we were pretty extraordinary.

Sadly, we didn’t see the trophy again until Jonathan Greening got hold of it at QPR in May 2008, now the prize for winning the Football League Championship.

The man at the head of the operation, Fred Everiss, was suitably honoured by the Club at the start of this season when the Head Coach’s office at The Hawthorns was re-named The Everiss Suite.

Our hopes of repeating the feat this year were high, of course, but now much more serious issues need to be resolved before we dare imagine such things.

But to the gentlemen of 100 years ago… today, we salute you and celebrate a rich deposit in the bank of of our Club’s memories.