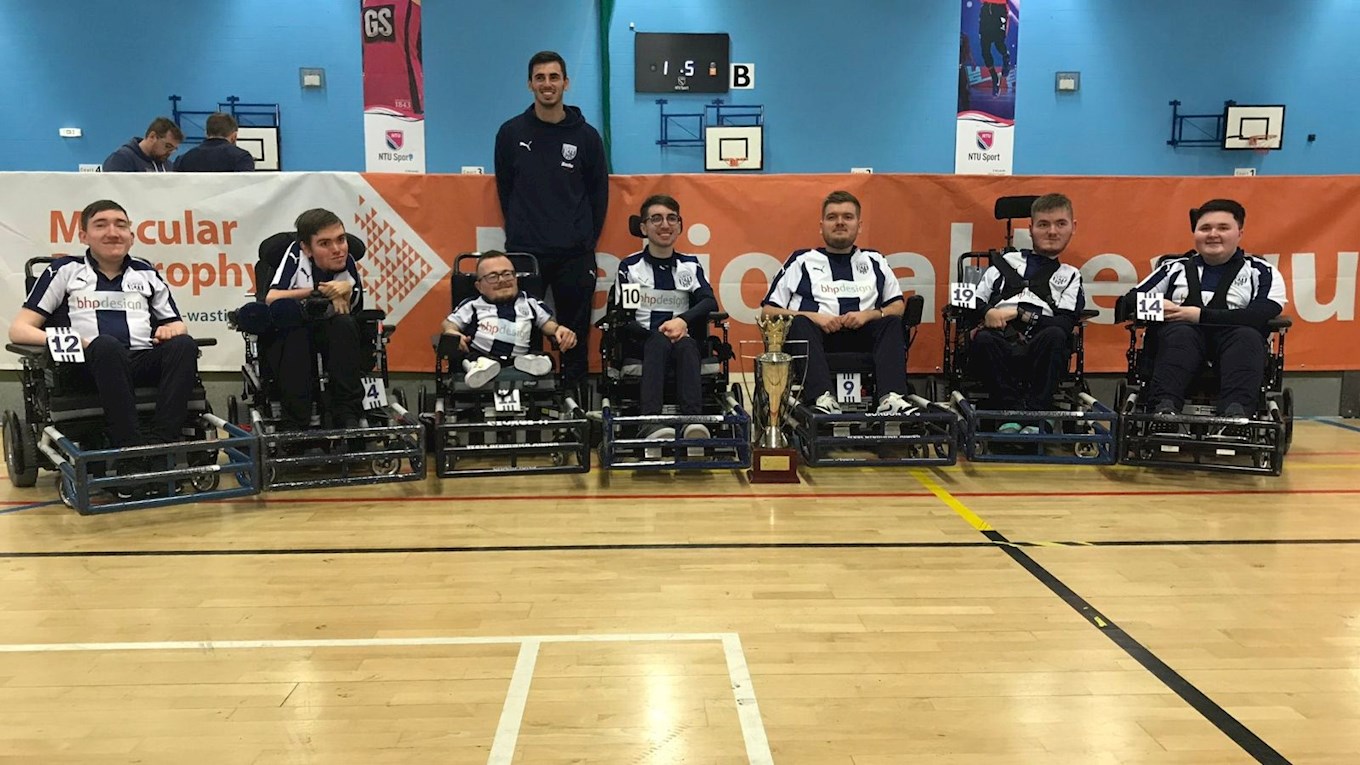 Albion’s Powerchair First-team has been announced as champions of the Muscular Dystrophy National League Premiership after the season was concluded on points per game average.

All fixtures were suspended due to the ongoing coronavirus pandemic, with the decision to finish the season on points per game made jointly by 26 member clubs.

At the time of the league’s suspension, Albion were four points clear at the top of the table with 35 points from 13 games, with Northern Thunder in second.

It is the third season in a row that the Club has won the league, but the feeling of winning the title is no different for Albion’s Player/Manager and Captain, Chris Gordon.

“When we got the news we were all delighted,” said Chris.

“It would have been nice to finish the job off properly and have that moment when we could celebrate, but we’re all delighted.

“Credit to the rest of the squad for how they have continued to handle the expectation, three years on the spin is quite an achievement,” he said.

A fourth-place finish for Albion’s Throstles is also their best ever placing in the league, paying testament to the depth of quality in the Club.

“There’s real competition for places and we’ve got a lot of talent in the club, it’s nice to see that coming through,” said Chris.

Another cancellation owing to the COVID-19 pandemic is the European Powerchair Football Association Champions Cup which was scheduled for August.

Albion were due to compete in the competition in Geneva, hoping to become the first English team to win the tournament.

“It’s a shame because we wanted to go over there and be the first English team to ever win it,” said Chris.

“It’s obviously disappointing but we’ll be ready for whenever it is rescheduled,” he said.

The image shown is from Albion’s league win in 2019.