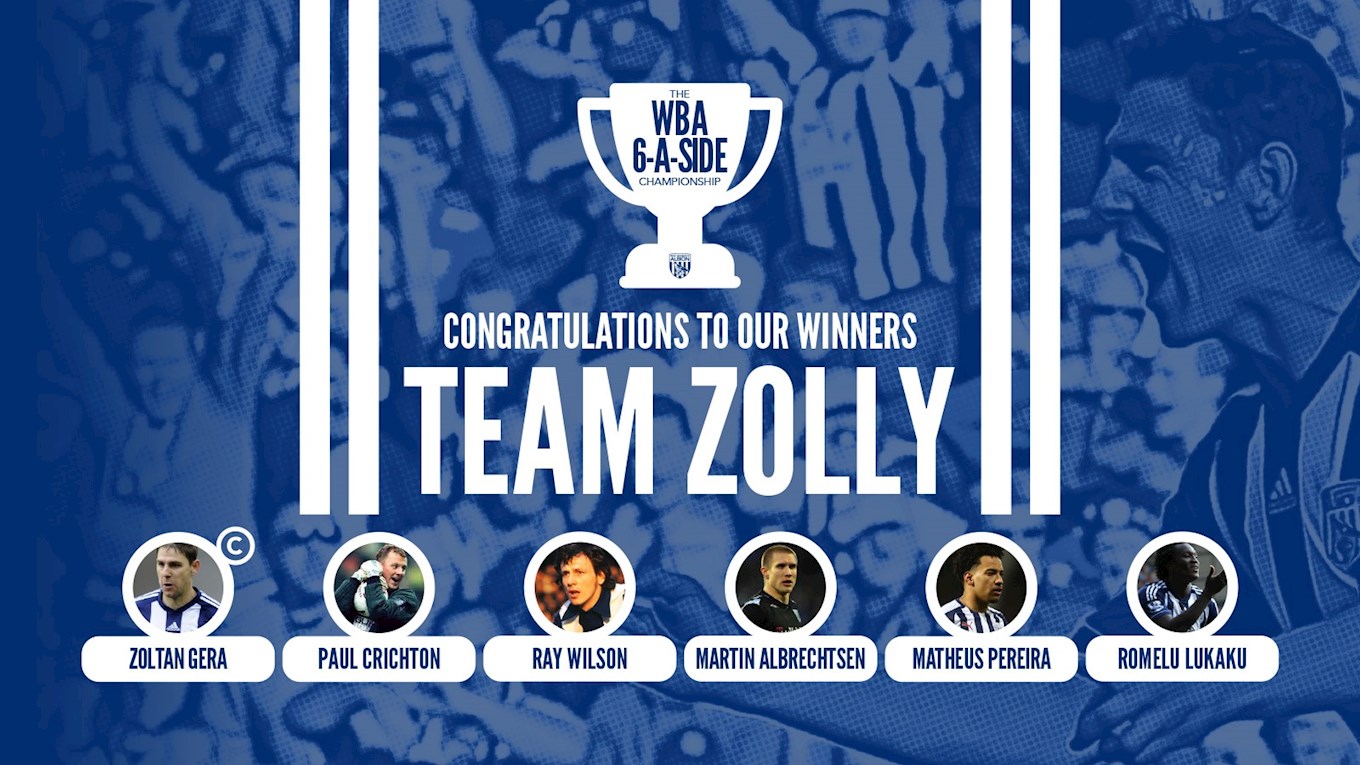 Team Zolly wrote their names into the history books with a famous victory over Team Igor to lift the first ever WBA 6-A-Side-Championship trophy.

Zoltan Gera led his side to a narrow win over Igor Balis’ boys in Sunday’s final after a titanic Twitter battle.

The WBA 6-A-Side Championship, which was hosted on the Club’s Twitter account, included 16 teams of six Albion players past and present with supporters voting for their favourite throughout the group stages and knockout rounds.

Thank you to all those who participated in the tournament and a big congratulations to Team Zolly who’ll now set their sights on defending their crown.

A quick reminder to all Albion fans to stay at home, protect the NHS and help save lives. Thank you.

Teams eliminated in the semi-final Teams eliminated in the quarter-final

Teams eliminated in the group stage