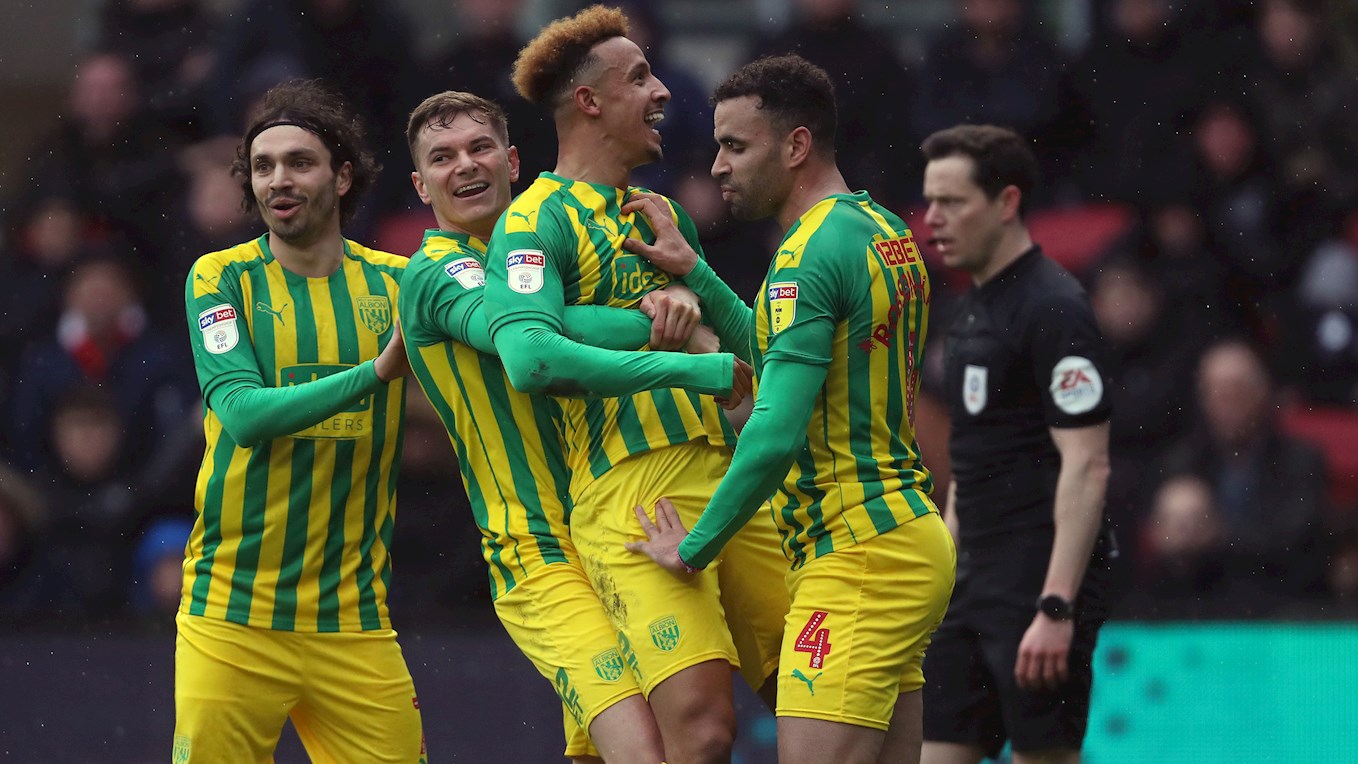 Slaven Bilić’s Baggies will search for a 12th Sky Bet Championship away win of the season when the take on Swansea City at the Liberty Stadium on Saturday (ko 3pm).

In their most recent league fixture, Swansea shared the spoils with Blackburn Rovers at Ewood Park.

Sam Gallagher gave the home side the lead, but the Swans fought back through goals by Rhian Brewster and Andre Ayew.

Steve Cooper’s men looked like they would hold on for an impressive away victory, but Bradley Johnson fired in a late equaliser for Rovers.

Steve Cooper took on his maiden first-team managerial job when he became the boss at the Liberty Stadium in June.

In his playing days Steve represented a handful of Welsh sides before completing his pro license at just 27. He then moved to become Head of Youth at Wrexham before joining Liverpool, eventually becoming Academy Manager on Merseyside.

Next up was a role as a youth coach educator at the FA, then spells in charge of England Under-16s and Under-17s - who he guided to lift the Under-17 World Cup in 2017.

The experienced winger, who can play anywhere at the front end of the pitch, has fired in 12 league goals in 34 games for Cooper’s team this term.

He first joined Swansea in 2015, ending a decade-long association with Marseille where he won both the French Cup and French League Cup on multiple occasions. After a spell with the Swans he moved to West Ham before returning to the Liberty Stadium - and spent last season on loan at Fenerbahce.

Albion registered a five-star performance to see off Swansea City 5-1 at The Hawthorns in the last meeting between the two sides.

Semi Ajayi put the Baggies ahead, nodding home from close range in the 25th minute before Pereira added a second with a well-taken finish.

Sam Surridge pulled one back for the Swans only for Hal Robson-Kanu to make it 3-1 at the interval.

Matt Phillips and Kyle Edwards also got themselves on the scoresheet in the second half to seal a memorable afternoon for Slaven Bilić's side.

• Albion are the top scorers in the Championship with 64 goals. Brentford are the next highest-scoring team and have netted 59 times.

• Hal Robson-Kanu has scored three goals in his last three games for the Baggies.

• The last time Steve Cooper's side beat a team who are currently in the top half of the table was in October, when they overcame Cardiff. Leeds and Preston are the only other teams high in the table they have won against.

Matheus Pereira put in a superb man-of-the-match display to orchestrate the impressive five-goal triumph over Swansea in the last clash between the two sides.

The on-loan Brazilian scored and claimed three assists the last time he faced the Swans and has continued to be an influential player for the Baggies since, scoring six times in 33 games.

See how Darnell Furlong performed when he took on our Getting Shirty feature...

That little grimace at the end. 😬@DarnellFurlong is the latest player to take on our #GettingShirty game. pic.twitter.com/DQb7qCFno6

The away end at the Liberty Stadium is a sell-out, with just more than 2,000 Baggies set to back Slaven Bilić’s men on the south coast of Wales.

Thank you, as always, for your tremendous support.