We will get sharper, promises Slaven 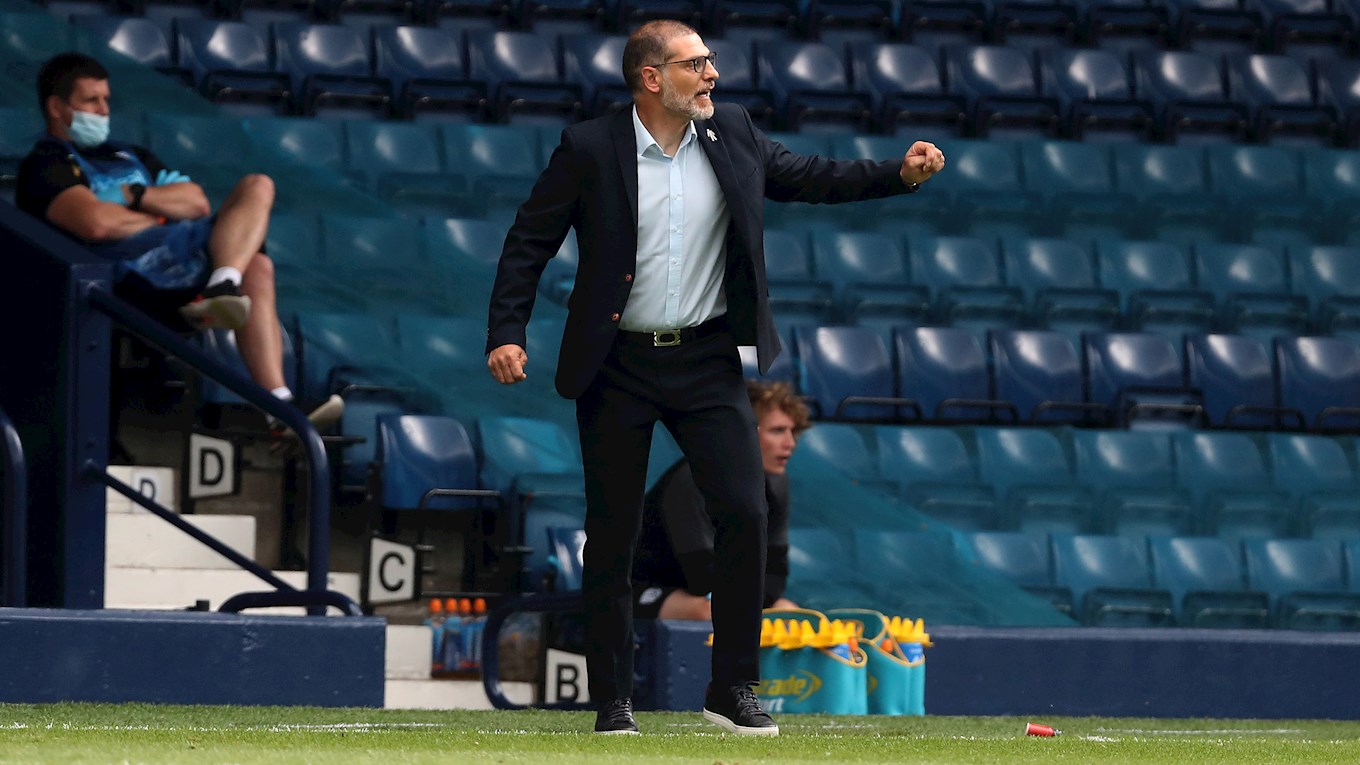 Slaven Bilić declared himself “gutted” that his team couldn’t find the goal touch to round off a return to action in the Sky Bet Championship clash against Birmingham City.

The Baggies dominated the derby and set up numerous goalscoring opportunities without finding an end product to prevent a goalless draw.

With The Hawthorns empty of supporters and the players returning after a three month absence owing to the Covid-19 pandemic, the derby was played against a disconcerting backdrop.

But while Slaven was more than happy at the way his players acquitted themelves after such a lengthy spell without football, he could not hide his frustrations at failing to grab all three points.

“Of course the guys are all gutted we did not win the game,” he said.

“I think we deserved to win the game. We were always at them, always being creative, we were always on the front foot.

“But the one area where we lacked a quality of sharpness was in front of goal. We had 23 shots and put in more than 30 crosses - and they were good crosses. That is more than enough opportunity to score goals.

“But I have told the guys not to be too downhearted because as a first game back, there was a lot for us to be happy about and we will get better and sharper. I am sure of it.”

Attention now switches to Albion’s visit to Brentford on Friday night, one of the clubs still hoping to hunt down the top two in the battle for automatic promotion.

Slaven added: “Since the end of last year I have always thought Brentford were a team that could go on a run and be a danger to everyone.