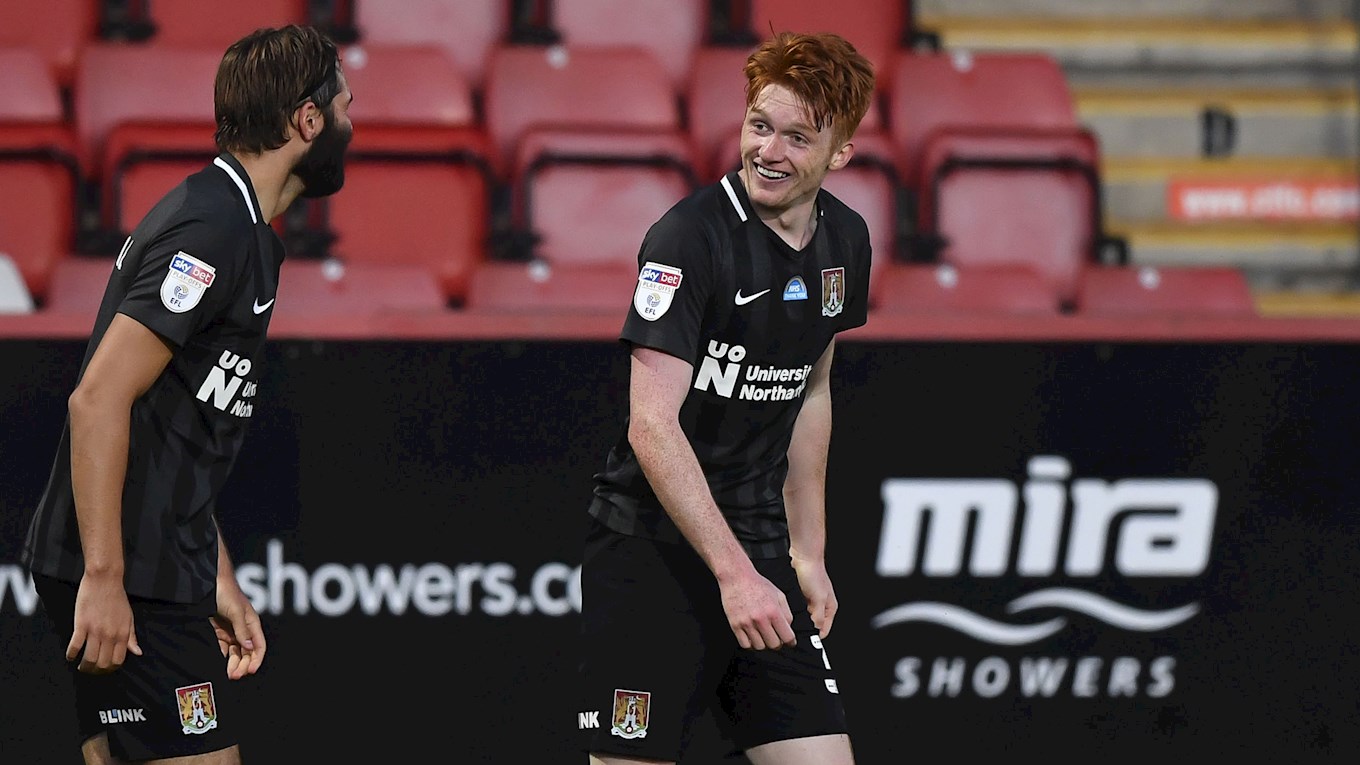 Three of Albion's youngsters have been back in action for their temporary teams as football resumed following the season's suspension owing to the Covid-19 pandemic.

Callum Morton played in both legs of Northampton’s Sky Bet League Two Play-Off Semi-Final. In the first fixture, the Cobblers fell to a 2-0 home defeat.

However, Keith Curle’s men went on to win the second leg 3-0, with Morton putting in a brilliant display and netting a double to send Northampton to Wembley.

😍 Watch @CMorton_10’s double from our angle behind the goal! 🙌 pic.twitter.com/nm8hlXFTMg

In Spain, Oliver Burke has managed game time in three of Alaves’ four matches since the restart and played a full 90 minutes against Espanyol in a 2-0 defeat.

Sam Field returned to action for Charlton and featured for the final eight minutes of a 1-0 victory at Hull City in the Sky Bet Championship. The central midfielder had been out with an injury when the football season was suspended back in March.

Morton’s Northampton will take on Exeter City in the League Two Play-Off Final on Monday, June 29 (ko 7.30pm), while Burke’s Alaves play next on Saturday against Atletico Madrid (ko 9pm), with Field’s Charlton in action against QPR earlier on the same day (ko 12.30pm).