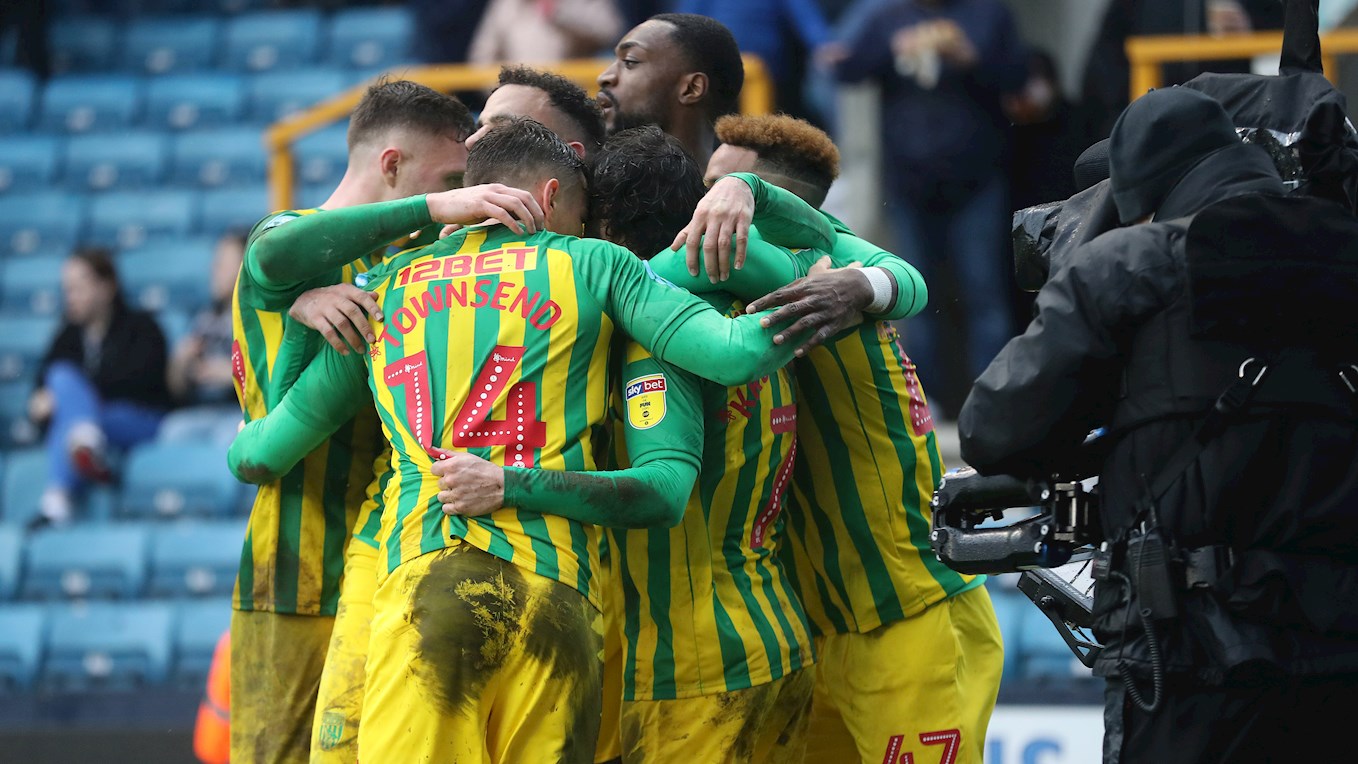 Slaven Bilić's Baggies will search for a 12th away win of the season when they head to Sheffield Wednesday on Wednesday (ko 7.45pm).

Last time out Sheffield Wednesday beat Bristol City 2-1 on the road thanks to two goals from corners.

Connor Wickham headed the Owls in front in the 13th minute, while Massimo Luongo volleyed in a second on the hour mark.

Nahki Wells scored a header to pull one back for the Robins nine minutes later, but Garry Monk’s men held on for all three points.

Garry Monk helped Swansea City rise from the basement of the EFL to become a Premier League side as a player over the space of a decade, and it was at the Liberty Stadium where he made his name as a manager.

Appointed in February 2014, Monk guided the Swans to safety and the round of 32 in the Europa League in his maiden season in charge before his 12-year affiliation with the club ended the following season with Swansea in 15th place in the Premier League.

Spells with Leeds United, Middlesbrough and Birmingham City followed for Monk before he took the Sheffield Wednesday job in September.

Conor Wickham has netted two in two for the Owls since the restart.

The 27-year-old fired in a last-minute equaliser against Nottingham Forest - his first goal for Wednesday after joining on loan in January, and the opening goal against Bristol City on Sunday.

The last time we faced Sheffield Wednesday, Charlie Austin netted a late winner from the penalty spot to secure a 2-1 victory.

Hal Robson-Kanu fired Albion ahead early on, but Steve Fletcher scored from the spot just before the hour mark after Filip Krovinović was judged to have fouled Kieran Lee.

In the closing stages of the game, Matheus Pereira was felled in the box by Owls ‘keeper Keiren Westwood, allowing Austin to settle the tie from 12 yards out. Liam Palmer received a red card in injury time for a late tackle on Grady Diangana.

• Albion are joint-top scorers in the Championship with 64 goals.

• The Baggies have won on three of their last six visits to Hillsborough (W3, D2, L1).

• Two of the last five goals Garry Monk’s men have scored have come in the last minute.

• The last eight goals Wednesday have scored have been shared by seven different goalscorers - with Conor Wickham the only player to have scored twice in that time.

Kenneth Zohore came off the bench against Brentford and came very close to equalising for the Baggies, with his effort from the edge of the box crashing back off the crossbar.

The Danish striker has five goals to his name this term in his 20 appearances.

Some wise words from Matheus.

It hasn’t been easy but in times like these that champions are made. We’ve never stopped believing. Wednesday we go again and we believe we will come out smiling. Let’s go boys. Together we are stronger. @wba pic.twitter.com/Txty5Pjdwt

Season tickets holders who have claimed an iFollow package can again watch Albion play live when the Baggies take on Sheffield Wednesday.

Comprehensive coverage of the clash with Wednesday is also available in our Match Centre, where you can listen to live commentary on WBA Radio or follow our live text feed.