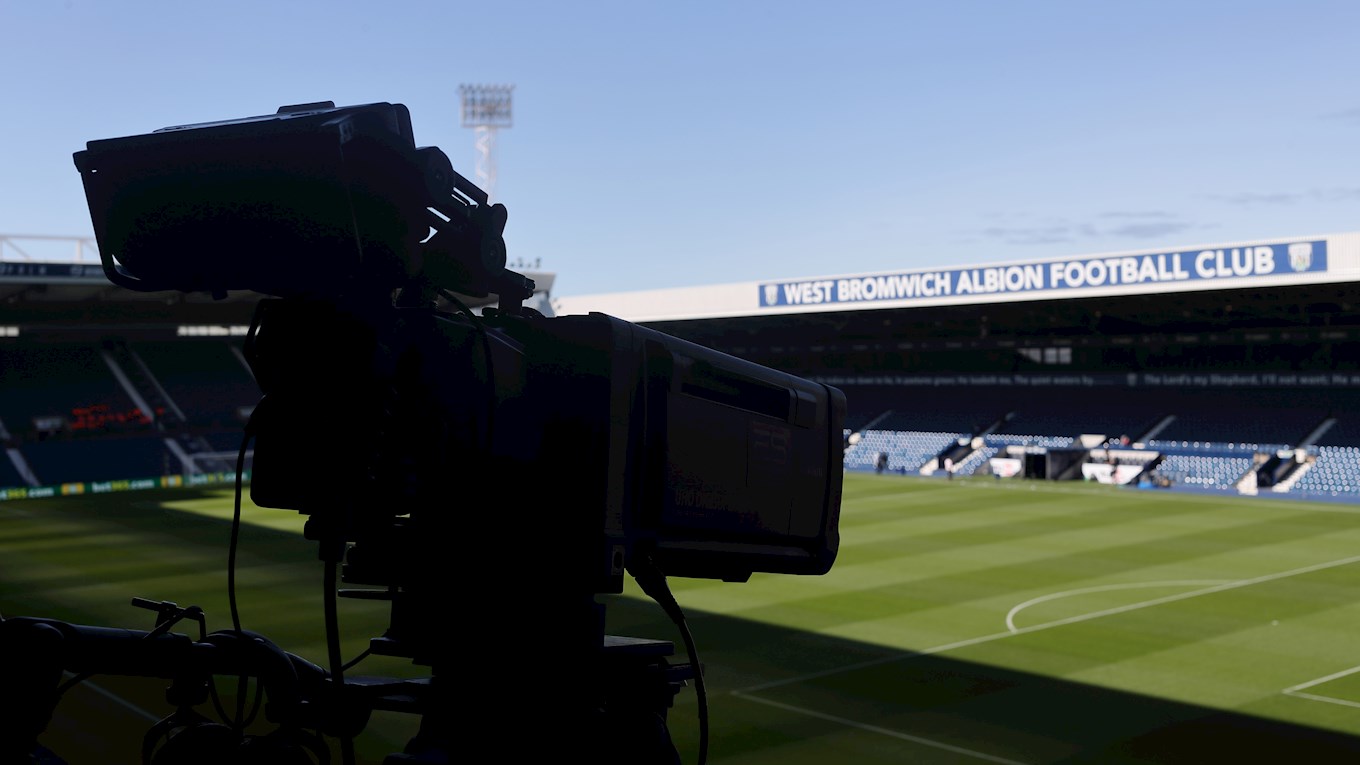 Season-ticket holders at Sky Bet Championship clubs will be given unprecedented access to watch the conclusion of the 2019/20 season online via iFollow.

The agreement between the League and its principal broadcast partner will be available to Albion’s season-ticket holders and form part of a range of refund options the Club will make available following confirmation our remaining games will go ahead behind closed doors.

Full details will be announced across our media platforms on Monday, which will include the opportunity to claim a refund for those season-ticket holders who wish to do so.

But the chance to watch all of Albion’s remaining fixtures is contained within the new EFL-Sky agreement now that plans for the Championship to resume behind closed doors on June 20 have been announced.

In the EFL statement today, it was confirmed that Sky Sports will broadcast 30 of the remaining 108 Championship matches alongside exclusively showing the 15 games across all EFL divisions in the Sky Bet Play-Offs.

Supporters should note the following:

In addition, the remaining 78 matches will be streamed exclusively live, again with access available to Season Ticket holders as identified above. Non-season ticket holding supporters will able to purchase these games for the current match price pass of £10. Sky Sports will show the “goals as they go in” from these matches.

The 30 live Sky matches will also be available to the EFL’s overseas broadcasters via the League’s partnership with Pitch International.

The other games will be available for supporters of EFL Clubs outside of the UK, either as part of already-purchased season passes (for their respective Club) or to buy on an individual match-by-match basis.

The decision to structure this arrangement in such a unique way has become possible as a result of a settlement deal agreed between the EFL and Sky following the postponement of the competition earlier this year, and is one that has limited financial impact on the existing arrangement with the broadcaster at a time when EFL Clubs have lost a significant income stream through a lack of gate receipts.

The fixture schedule is in the process of being finalised, alongside the revised broadcast selections, with EFL games set to take place at the following times (or as otherwise agreed):

The broadcast selections made prior to the season suspension will now not apply, and Sky Sports will start this process “from scratch” with first selections expected to be available early next week.

EFL Chair Rick Parry said: “I would firstly like to thank the team at Sky Sports for their patience and support whilst we have worked through some of the complex issues surrounding our agreement that have arisen as a result of live sport being unable to take place due to the current crisis.

“There is no question that COVID-19 has detrimentally affected all industries and, whilst we have only ever wanted to return when it is safe to do, we have always understood that when we did, we had to balance the requirements of our broadcast partners with the unique and challenging financial circumstances that our Clubs face.

“We are delighted to have reached such an agreeable and sensible arrangement that ensures the financial impact to Clubs is minimised, Sky Sports are able to get their football business back up with one of the most eagerly anticipated Championship run-ins in years and, importantly, fans get access to games during a period where guidelines prevent them from attending in person.”

Sky Sports Managing Director Rob Webster said: "The partnership between Sky Sports and the EFL supports clubs and their communities across the country. We are pleased to have reached a solution which works for them; and appreciate the positive and collaborative spirit of the negotiations.

“The availability for existing Season Ticket holders to stream matches from their Club platform will compliment Sky Sports in telling the complete story of the climax to season.”

Quest will also provide extended highlights on both Saturday evenings and midweek, whilst talkSPORT will provide exclusive national radio commentary on some Championship matches.

Following further consultation with EFL Championship Clubs this week, the season will still commence with match 38 on the weekend of 20 June, with match 39 taking place on Saturday 27 June. This minor amendment to the schedule will result in the last match of the regular season being on the midweek of 21 and 22 July with the Championship Play-off Final on either Sunday 2 or Monday 3 August.