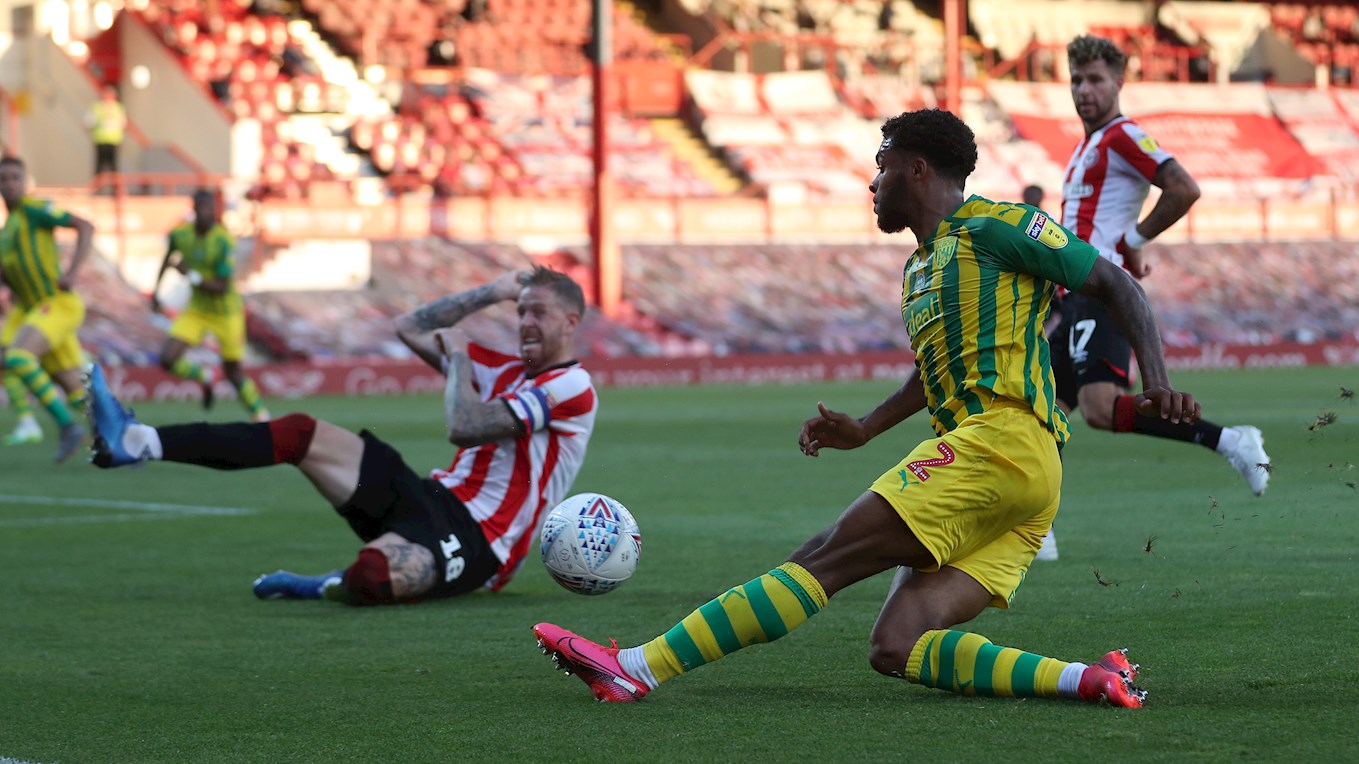 Albion fell to a 1-0 defeat at Brentford in their first away day since the Sky Bet Championship restarted.

The Baggies remain top of the league on goal-difference ahead of the weekend’s fixtures with Leeds hosting Fulham on Saturday afternoon.

The hosts took the lead on 16 minutes when Ollie Watkins scrambled in a close-range effort from Josh Dasilva’s low left-wing cross.

The Bees might have got a second moments later but Said Benrahma fired a tame shot straight at Sam Johnstone from Tarique Fosu’s ball in.

Grady Diangana stung the gloves of David Raya with a 25-yard free-kick just after the first-half drinks break but the Brentford stopper recovered to gather comfortably after initially spilling from the set-piece.

Albion’s best passage of the first-half came just before the interval with Matty Phillips darting down the left but his cross was stolen from the brow of Hal Robson-Kanu by Raya.

Slaven Bilić made two changes at the break with Phillips and Robson-Kanu making way for Filip Krovinović and Kenneth Zohore.

The Baggies showed attacking intent seconds after the restart with Matheus Pereira driving just over the bar from 20 yards.

Zohore struck the woodwork on 52, turning on the edge of the ‘D’ before unleashing a fierce right-foot strike onto the crossbar with Raya well beaten.

Albion broke again two minutes later when Pereira played in Diangana who struck well over with a mishit left-foot effort.

The Baggies were getting closer with Brentford growing nervous, particularly ‘keeper Raya who twice nearly played in Zohore.

Bilić’s men continued to knock on the door with Gibbs heading wide from a Furlong cross before Pereira saw a low drive comfortably saved by Raya. Rekeem Harper was introduced in place of Jake Livermore as Albion searched for a way back into the game.

Fosu almost doubled the hosts’ lead against the run of play on 72 but his left-foot volley dragged wide of the right upright from 12 yards.

Minutes later Dianagana’s drive was blocked by Ethan Pinnock, who threw his body in front of the ball, with Sawyers only able to fire the rebound well over.

Diangana made way for Callum Robinson, and Kyle Edwards replaced Pereira as Bilić tried to find a way through the Bees' stubborn defence, but Thomas Frank's men held on for all three points.