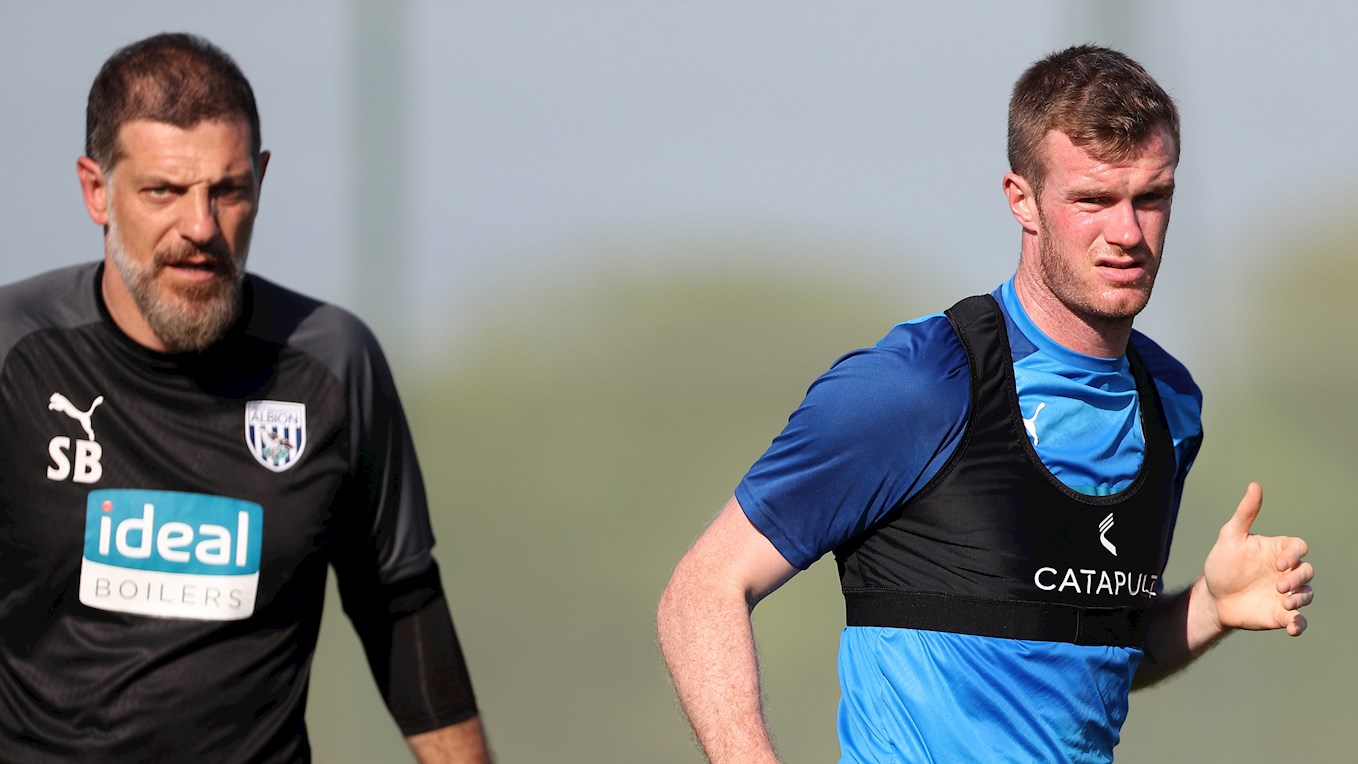 Head Coach Slaven Bilic has paid a fulsome tribute to Chris Brunt following confirmation the Albion favourite will leave The Hawthorns at the end of the current season.

Slaven described his “huge respect” for the 35-year-old saying: “From day one, he has always been there for me, my staff and the players.”

After more than 400 appearances, including a club-record 269 in the Premier League, in 13 years at The Hawthorns, Brunty has one more quest to complete before his contract runs out this summer.

He will be chasing a third promotion with the Baggies and although his first team appearances have dwindled under Slaven, the gaffer makes it clear that it does not lessen his respect and gratitude for the club stalwart.

Slaven said: “The record will show that I am the manager who basically took away his place in the first team starting XI and these situations are very, very hard for players – especially players who are long serving, are leaders, captains of the club.

“When they lose that power on the pitch it is hard to cope with. Every player likes to play but it’s special with these players. To be fair, that is a very complex situation and can cause disturbances around the team and the dressing room.

“But Chris has been brilliant. He cares so much about the Club and he’s so professional. He hasn’t dropped one bit in training and he has always been very respectful of the situation.

“From day one, he was always there for me and my staff and the players – he is a proper Club captain and he’s still one of the reasons why we are where we are. He’s done a bit on the pitch but he’s done a lot off the pitch.

“The lads have enormous respect for him, so do all my staff. Sometimes these situations can be difficult but Chris’ professionalism has made it easier for everyone. What’s more, he knows that I have had to make my decision and he respects that completely and knows I have only done so from what I see as best for the team.

“He has been brilliant and we all thank him for that.”