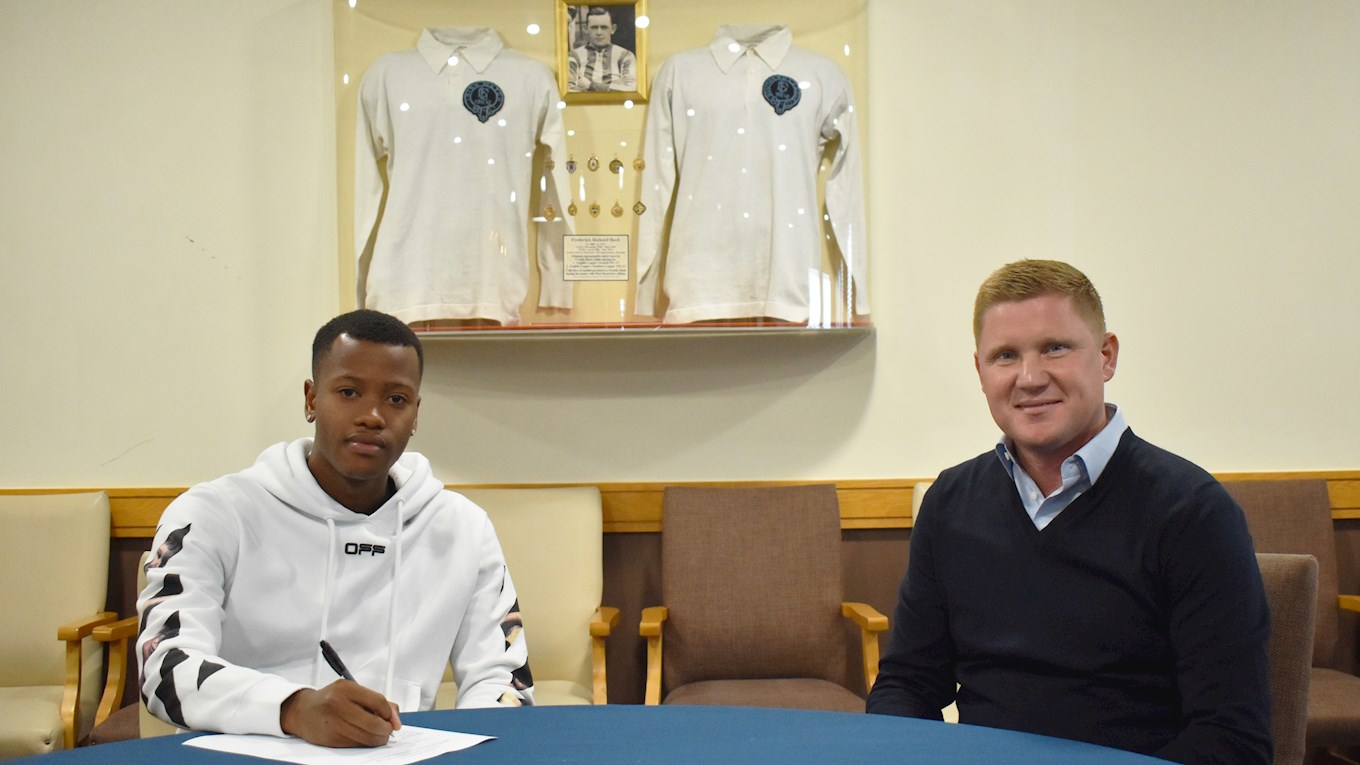 The 19-year-old attacker, who made his debut against Brighton in the FA Cup last season, has featured five times for the Baggies and is currently training with Slaven Bilić’s first-team as they look to secure promotion back to the Premier League.

Birmingham-born Tulloch has put pen to paper on a contract that secures his services at Albion until 2024 and Sporting and Technical Director Luke Dowling is delighted that Rayhaan has committed his future to the Club.

“Obviously everyone is focused very much on the first-team’s promotion challenge at the moment but the future of the Club is always a key factor of our business,” said Luke.

“Ray is an exciting prospect who we look forward to seeing progress now. He’s got the inspiration provided by the young players Slaven has given opportunities to.”

Tulloch himself is also very pleased to extend his 10-year stay with the Baggies, and has found motivation in watching plenty of other Academy graduates flourish under Bilić.

“This is the next step for me now,” says Rayhaan, who has been at the Club since he was nine.

“Seeing guys like Kyle (Edwards), ‘Rak’ (Rekeem Harper) and Dara (O’Shea) get their chance at first-team level is a big inspiration for me.”

Rayhaan joined the Club a decade ago and has risen through the ranks at the Academy, often impressing with his ability to beat players and score goals.

Capable of playing anywhere across the front line, Tulloch has represented his country at various youth levels  - most notably featuring four times for England at the UEFA European Under-17 Championships in 2018.

He came on as a substitute in all three of Albion’s FA Cup ties this campaign and also caught the eye for the Club’s Premier League 2 team, scoring nine goals and claiming four assists during 14 outings.