Slaven: Keep hold of this momentum 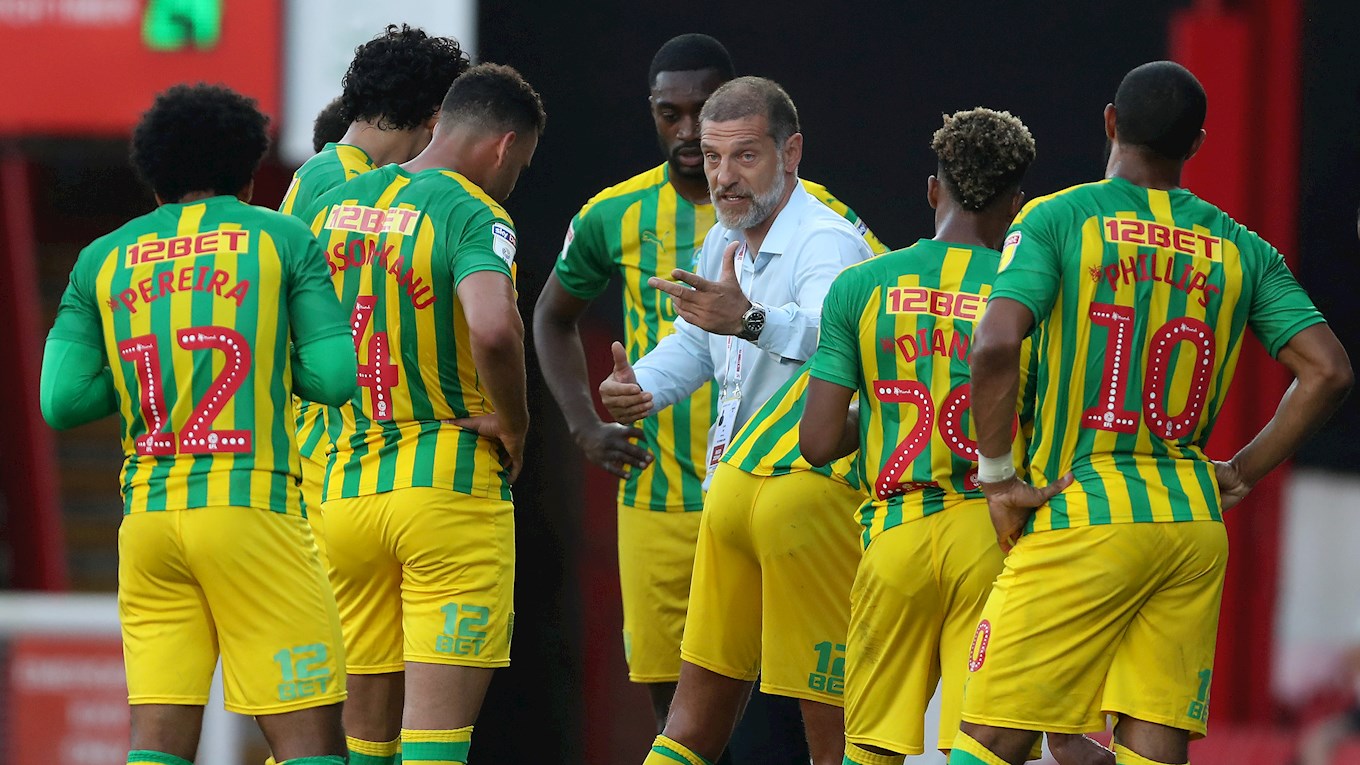 Albion must not let the momentum “slip away” after claiming their first win since the Sky Bet Championship restart this week.

The Baggies restored their lead over the chasing pack outside the automatic promotion places to five points with the 3-0 win at Sheffield Wednesday.

The impact the victory had on the squad was clear for all to see and as preparations continued for Sunday’s clash against Hull City at The Hawthorns, Albion’s Head Coach made it clear what his key message will be to the players.

“A victory at this stage of the season is worth more than just the three points,” he said.

“The next day, you don’t feel tired, everything is different, you feel positive and you want to play the next game straight away.

“There is a different momentum and once you get that, you can’t let it slip away.

“The other results are important – they make it easier or harder for you but we don’t have to be obsessed with what other teams are doing.

“Everything is in our own hands. We have to do what we have to do, game by game, and if we do then we know we are going to get there.”

Slaven says he has “good options” and hinted that captain Jake Livermore, who had protected a calf muscle “niggle” by sitting out the Hillsborough clash, could be back in contention to start after a positive scan result.

Asked about whether or not he was tempted into changes again after making five for the Wednesday clash, Slaven was non-committal.

He said: “With so few games to go, we had to react after the Brentford game. I had the feeling I had to do something. I told the guys it wasn’t because they had done anything bad and they shouldn’t consider this being dropped. But I wanted to change something.

“I love it that we reacted like it was bad. If you look at the games in the top seven…okay, Brentford have taken maximum points, Forest seven but then we have done as well as Leeds and better than Fulham.

“But suddenly we were in a big crisis (after Brentford). That reaction pleased me because it means we want everything; we want to win every game. I’m glad that the group reacted that way.”