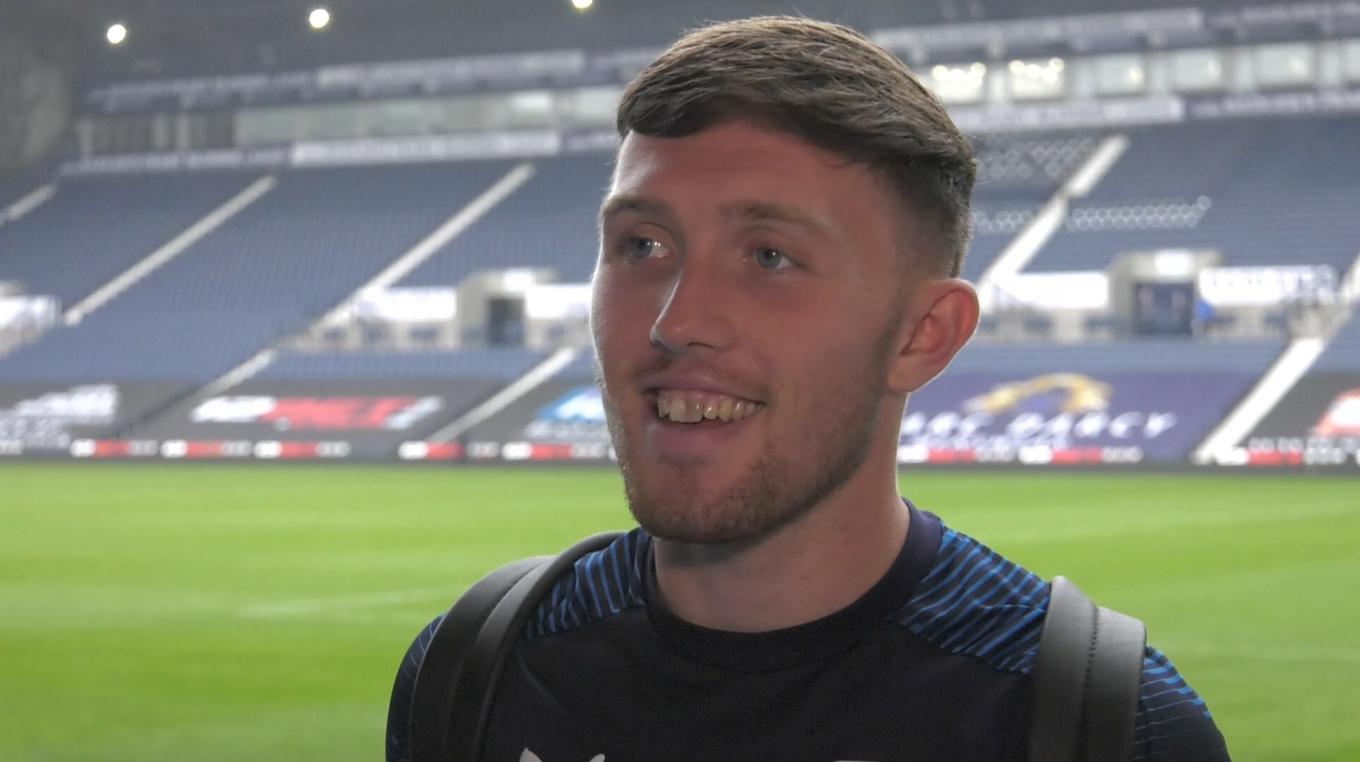 Dara O’Shea says scoring his first goal at The Hawthorns was a ‘special’ moment, and was made even better by securing an important 2-0 win against Derby County in the process.

The 21-year-old Dubliner paid tribute to his team-mates for their part in an impressive performance on home turf to restore Albion’s advantage over third-placed Brentford to five points, and take them top of the table, with just four games left to play.

Derby County arrived in B71 having taken 16 points from a possible 18 in their last six games, but Slaven Bilić’s Baggies put the Rams to the sword, with Grady Diangana and O’Shea getting the two goals to seal the victory.

And Dara admitted his maiden Hawthorns strike has been something he’s been wanting to tick off his bucket list since he arrived at the Club five years ago.

“It was a great win altogether and a clean sheet,” said Dara.

“Everyone played well. The subs who came on played quality as well and it was an all-round good team performance.

“I scored a similar goal away but it was nice to score here at The Hawthorns. It was something I’ve been wanting to do since I signed here. Unfortunately the fans weren’t there today but it was still special, and a huge win.

“I like that near post. I think I can get a lot of joy there and I saw the space there and no-one was really marking me so I took my chance.

“Our squad is huge and every single one of the players pushes each other and it brings the best out of everyone. Even the subs who came on today, they put some shift in. They really made our jobs easier, for the lads who started to come on and give us that help.

“Having a gaffer who believes in you and backs you and is willing to play young players in big games and in a big season like this is, I think it’s great. The confidence I have from him that even in training I can go out and express myself and he’s not going to give out to me. As long as I am doing my best I think he is happy with that as well.

“We have got to take each game as it comes now. It's four huge games that determine our season, really. But everyone is looking forward to it. In the changing room everyone is up for it and knows what we have to do.”