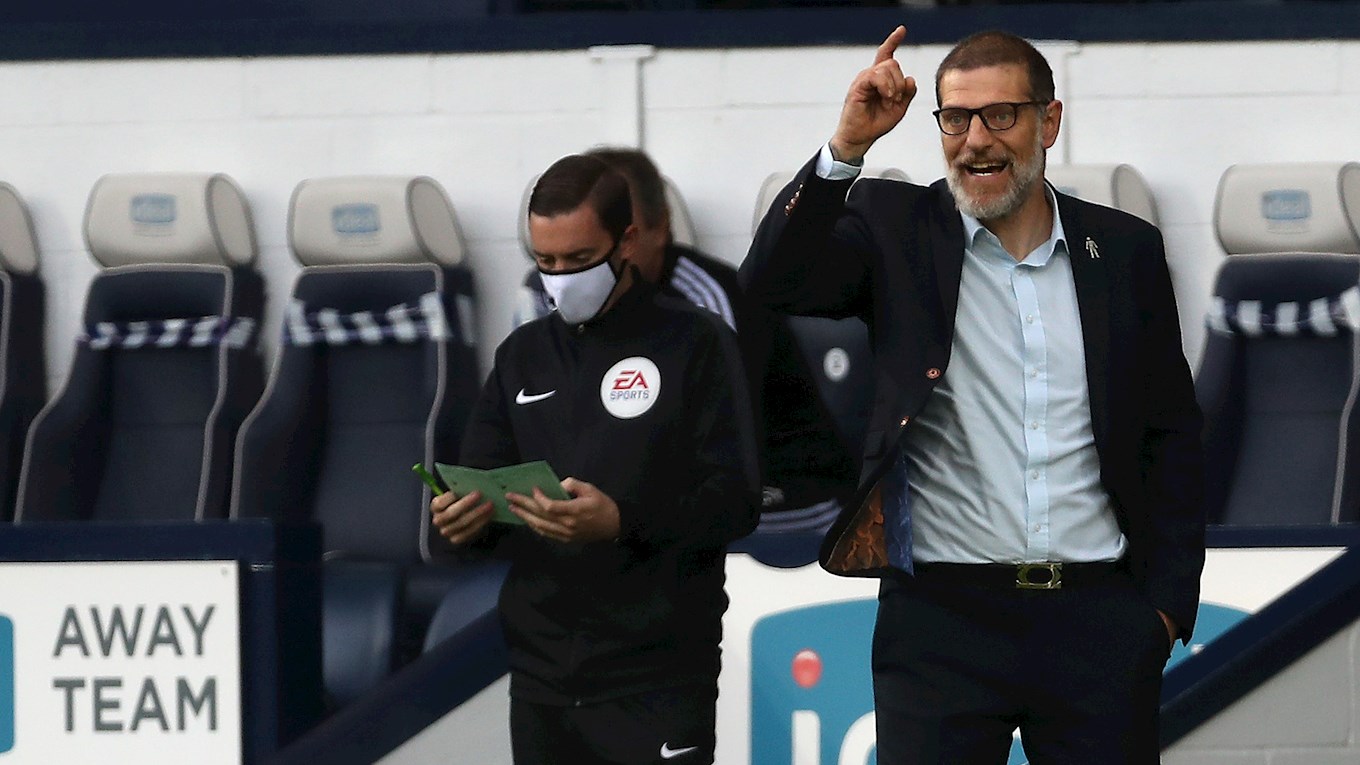 Slaven Bilić will lead his players into their final two games of the scheduled season with the message: “The time is now. Let’s get over the line.”

The Baggies know that, if needed, victory in both games against Huddersfield and QPR will make the efforts of the chasing pack irrelevant – Albion will be promoted.

And having led from the front since the seventh round of fixtures back in the September of this protracted season, that is precisely what Slaven believes his players should be confident in delivering.

Friday’s trip to Huddersfield for another live televised game pits his team against opponents who have their own concerns at the other end of the Sky Bet Championship table.

Slaven acknowledges that there will be nerves in both camps – but for Albion it will be a positive energy as they hunt down their season-long target.

“Everything I see in my team at the moment gives me confidence,” he says.

“I am not a big fan of statistics. They can be useful, of course, but I am not a slave to them. However, in the three games before Fulham we had 58 shots at goal….we have halved the number of shots against us by our opponents.

“We are doing well. Of course we need to take our chances but I am confident that will come.

“So I say to the players – we are playing well, we are positive. We need mentality, intensity and to stay calm. But they are here because of how well they have played. The time is now; let’s get over the line.”

Slav confirmed that this game will come a little too soon for Kieran Gibbs but the full-back remains the only absentee from this season’s regular squad.

Huddersfield will be as tough a nut to crack as any Championship opponent, he says, noting four clean sheets in their last five games and the legacy of their recent Premier League experience still visible in their squad.

“Of course they will be difficult to beat,” he added. “They have good players and they have big motivation too.

“It’s a massive game because the rewards are so big. That is why it’s difficult. We are not playing for a round of applause.

”We are playing for a big, big prize and you do not get that because things are easy.

“But I believe in my team and I believe we are better and will do this. I am feeling very positive.”