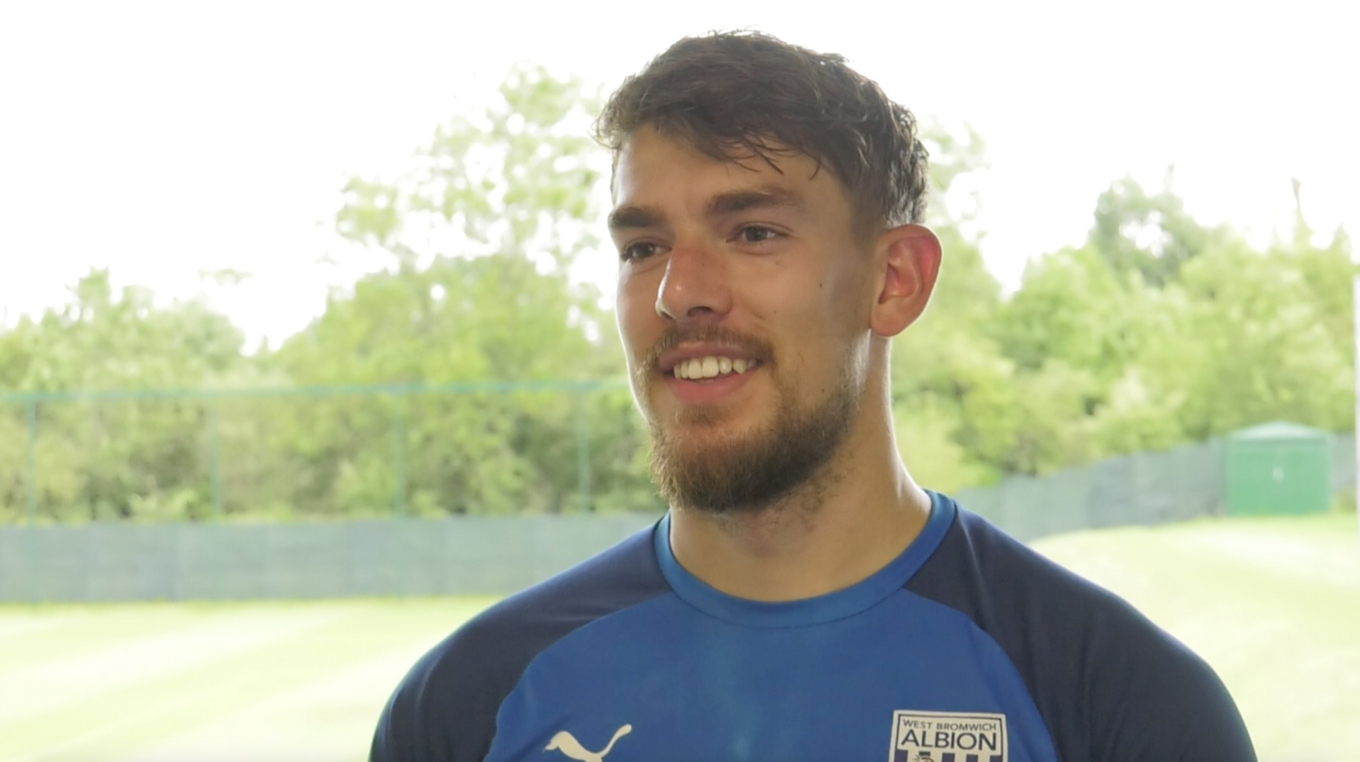 Shot-stopper Alex Palmer says he is delighted to have put pen to paper on a new deal at The Hawthorns.

The 23-year-old played every game of Plymouth Argyle’s Sky Bet League Two promotion-winning campaign this season and was rewarded with a new three-year contract shortly after his return to B71.

And Palmer, who has been at Albion since he was 14 years old, says he is excited to extend his stay with the Baggies and hopes he can continue making progress at the Club.

“It’s good to get it sorted,” said Alex.

“I have been here a long time and to get another three years and continue developing at this club is really pleasing for me. I have been here since I was 14 so I know the club inside out really and it is a great club to be at. I am looking forward to the next three years.

“It was great at Plymouth. It is a great club and you don’t realise how big it is until you are down there with the fan base and playing in front of 10,000 or 12,000 fans is pretty good - it’s a great learning experience.

"I really enjoyed my time down there, the gaffer was really helpful and I got on with all the lads and enjoyed my whole season. It came to a stop all of a sudden but we got the job done in the end, getting promoted.

“I think it’s massive to go on loan - especially for goalkeepers because with this position there is only one place up for grabs. The loan system is great for younger goalkeepers to go out and get some game time which is exactly what I needed.

"I’d needed it for the last couple of years so I managed to get out this season and play a lot of games which is what I have been waiting to do. It was really good.

“It’s good to see the faces that I have missed for the last season. It’s good to be back amongst the group and amongst a team that are pushing for promotion. It’s a great atmosphere around here at the moment and I think the lads want to try and get the season done and get promoted because that is the main aim.

“We have had conversations with goalkeeping coach Gary Walsh and Luke (Dowling) and I think they have got a plan for me depending on what happens with different scenarios. A loan is a possibility, but we will have to wait and see when the season ends.”